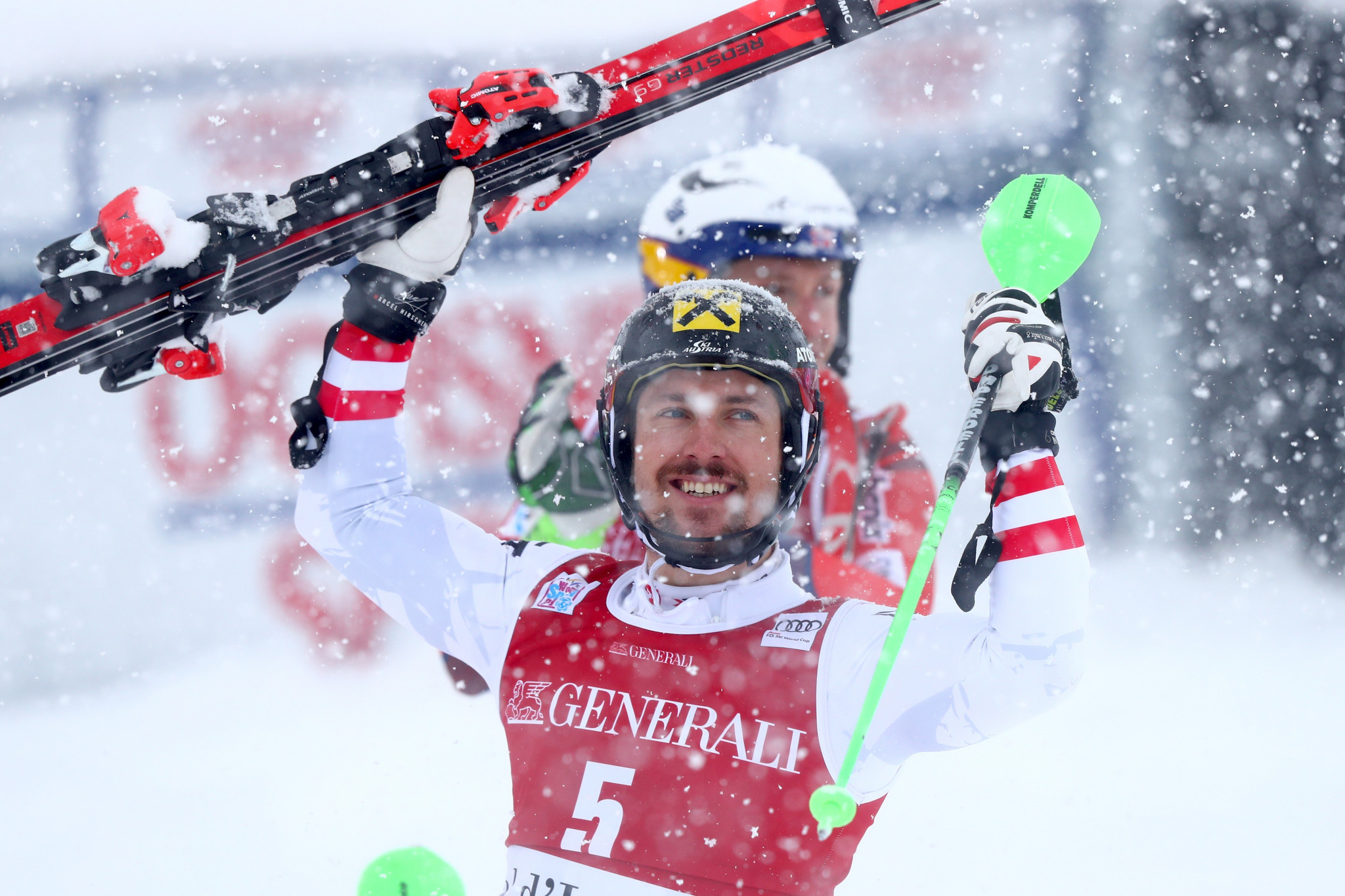 The Austrian superstar, third on the giant slalom yesterday, pushed hard in the second run and posted a time that could not be beaten by any of the contenders racing after him in the French resort.

Norway's Henrik Kirstoffersen, winner of the two previous editions in the slalom of Val-d’Isère, also moved up from his first run of fifth to earn a 24th podium in slalom in second place.

In third place, André Myhrer took the 20th slalom podium in his career.

The Swede has won the slalom of the World Cup finals in the two previous years but struggled to find his rhythm between those events.

"My skiing is good again, but my looseness is still miles away from where it once was," said Hirscher, who trailed first-run leader Stefano Gross of Italy by 0.55 seconds after the opening leg.

This slalom concluded the men’s races in Val d’Isère.

Persistent and heavy snowfall had made conditions difficult.

This did not prevent the best slalom skiers tackling the famous Face de Bellevarde and showcase their talent.

In the first run, Gross had clocked the fastest time and looked invincible.

But, as in Kranjska Gora, he was not able to use this important advantage to claim his second World Cup victory.

Eyeing his second career win, Gross posted only the 20th fastest time in the final run and dropped to sixth.

It was also tale of disappointment for the women in St. Moritz, for completely different reasons, where there event was cancelled.

The scheduled events, including a super-G race and alpine combined race, fell by the wayside as snow and fog enveloped the upper portion of the slope.

The super-G race was delayed by an hour before a declining weather forecast and worsening conditions left no other option but to cancel.

A decision as to whether or not either of the canceled races can be rescheduled later this season is yet to be determined.

The women will take over the hill with speed races in Val-d'Isere on Friday and Saturday (December 15 and 16).

The men, meanwhile, will move to Italy to start compete in Val Gardena on December 15 to 16.