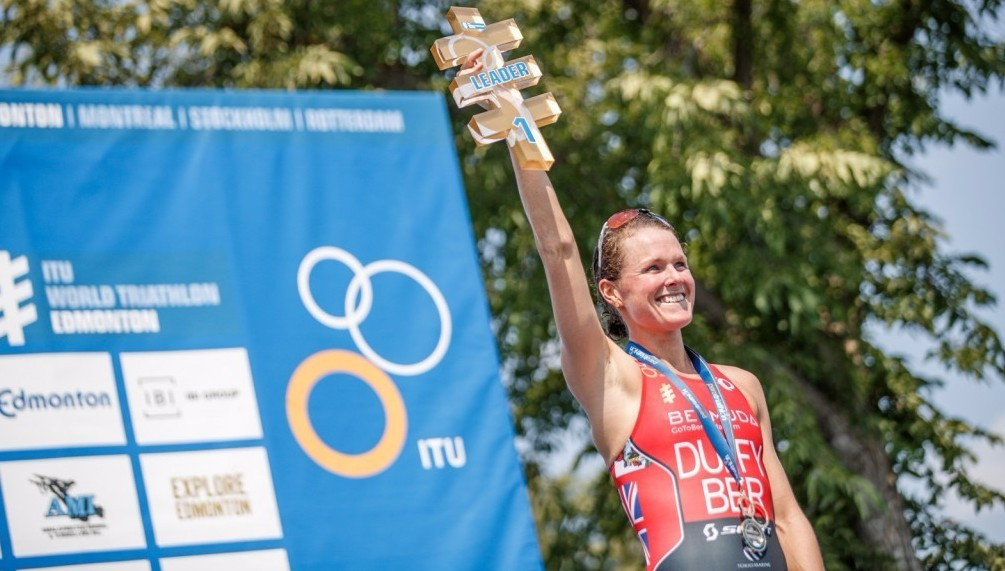 Duffy produced another superb display to move into top spot on the overall standings as she clocked a time of 1hour 00min 02sec, finishing in front of American duo Taylor Knibb and Katie Zaferes.

Knibb came through to earn her first WTS medal in 1:01:22, while Zaferes rounded off the podium by clinching bronze in the 1:01.51.

The 29-year-old Bermudan now has a total of 3,200 points, with her triumph in the Canadian city coming after she won the events in Hamburg, Leeds and Yokohama.

"It was pretty spot on, so thank you, Edmonton," said Duffy.

"I've tried to be consistent over the last year.

"I've tried to minimise getting injured and just stay consistent in my training.

"I have to give a lot to my coaches."

Spaniard Mario Mola claimed the men's honours as he picked up his fourth WTS win of the season in a time of 54min 51sec.

Mola timed his late surge to perfection as he sprinted furiously for the line in the last kilometre to beat Australian Jake Birtwhistle.

Britain's Jonathan Brownlee was unable to finish on the podium as he crossed the line in fourth.

Mola's triumph in Edmonton saw him take top spot on the overall standings with a total of 3,664 points, with team-mate Fernando Alarza second on 3,172.

"I did the best I could, I won another sprint distance, so I think I am performing better, doing better on the swim and doing a better performance overall."

The WTS campaign continues with the next leg of the series in Montreal next Saturday (August 5) and Sunday (August 6).