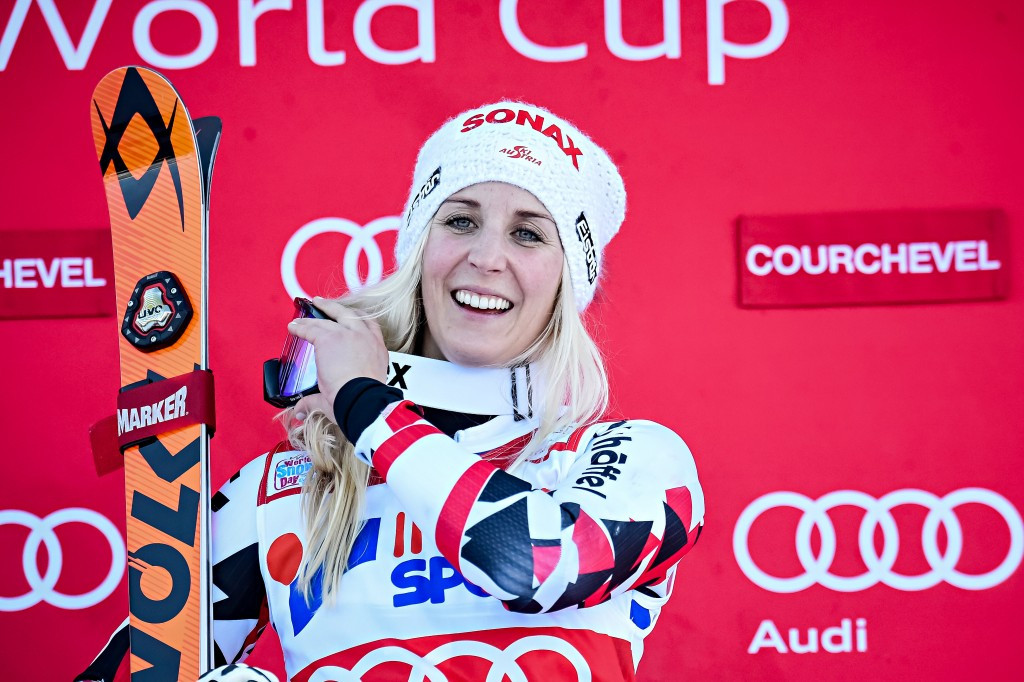 Competing in unseasonably warm spring-like conditions, Brem led after both runs to set a combined time of 2min 01.72sec to edge out Norway's Nina Loeseth and Switzerland's in-form Lara Gut, winner on each of the last two days in Val d'Isere.

Loeseth and Gut finished tied for second place, 0.17 seconds behind.

It marked a breakthrough victory for Brem as she followed second place finishes at the last two giant slalom World Cup races in Aspen and Åre.

“Every season I just need that one moment when everything gets together, that one run, like the second one in Aspen when I felt 'this is how I need to keep this working,'” she said.

“I knew what I had to do, but waiting at the start was tough.

“That second victory was beautiful too and that made me cry.”

Gut's performance, meanwhile, was good enough for her to move top of the overall FIS World Cup rankings with 558 points.

The 26-year-old overhauled a slim first-run disadvantage to finish 0.19 seconds ahead of Norway's Henrik Kristoffersen in 2:33.34.

"I think Kristoffersen was a little bit smoother but I pushed harder."

Hirscher's performance was enough for him to move 20 points clear in the overall standings ahead of Norwegian rival and downhill specialist Aksel Lund Svindal, who finished 28th today.

It was Hirscher's 35th World Cup win and puts him in pole position to become the first man to win five consecutive overall titles.

The women's next event is due to be in Lienz in Austria, where giant slalom and slalom are planned for December 28 and 29.