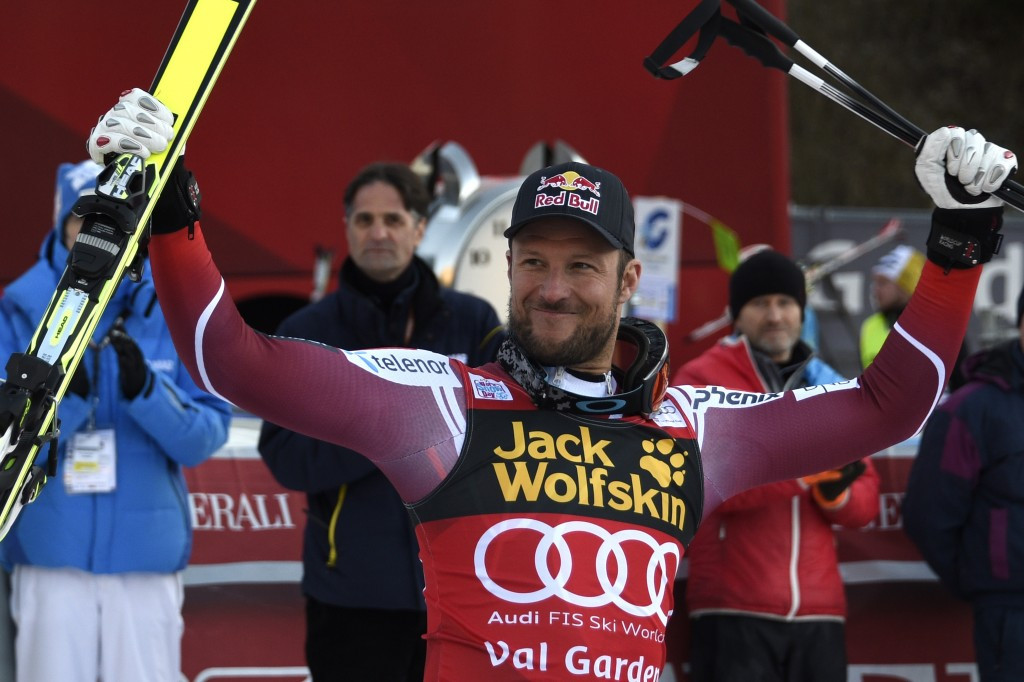 Manufacturer Dainese said afterwards that was the first time a safety air bag had been inflated during a race.

The Austrian lost control and flew down the hill backwards, landing hard on his right side midway through his run in the Italian resort today.

He was subsequently airlifted by helicopter to a local hospital in Bolzano.

Austrian team official Hans Pum revealed afterwards he suffered a large bruise but did remain conscious while being transported.

It is believed the safety device may have saved Mayer from a more serious spinal injury, with the 25-year-old one of just six starters to have taken advantage of the new technology.

He finished 0.43 seconds ahead of Guillermo Fayed of France as Norwegian team-mate Kjetil Jansrud finished third, 0.46 behind.

In the women's downhill at the other side of the Alps in Val d'Isere, meanwhile, Switzerland's Lara Gut won for the second consecutive day with another superb performance.

She followed her super combined victory yesterday, winning in 1:44.51 to beat compatriot Fabienne Suter by 0.16 seconds.

“This is my third win in Val d’Isere and it’s not by chance," she said afterwards.

"This race is a bit of fresh air for me, I feel good here."

As well as her success this week, Gut won at Val d'Isère in December 2012, her first downhill World Cup victory.

Canada’s Larisa Yurkiw took third place today, 0.41 behind, for the second podium of her career.