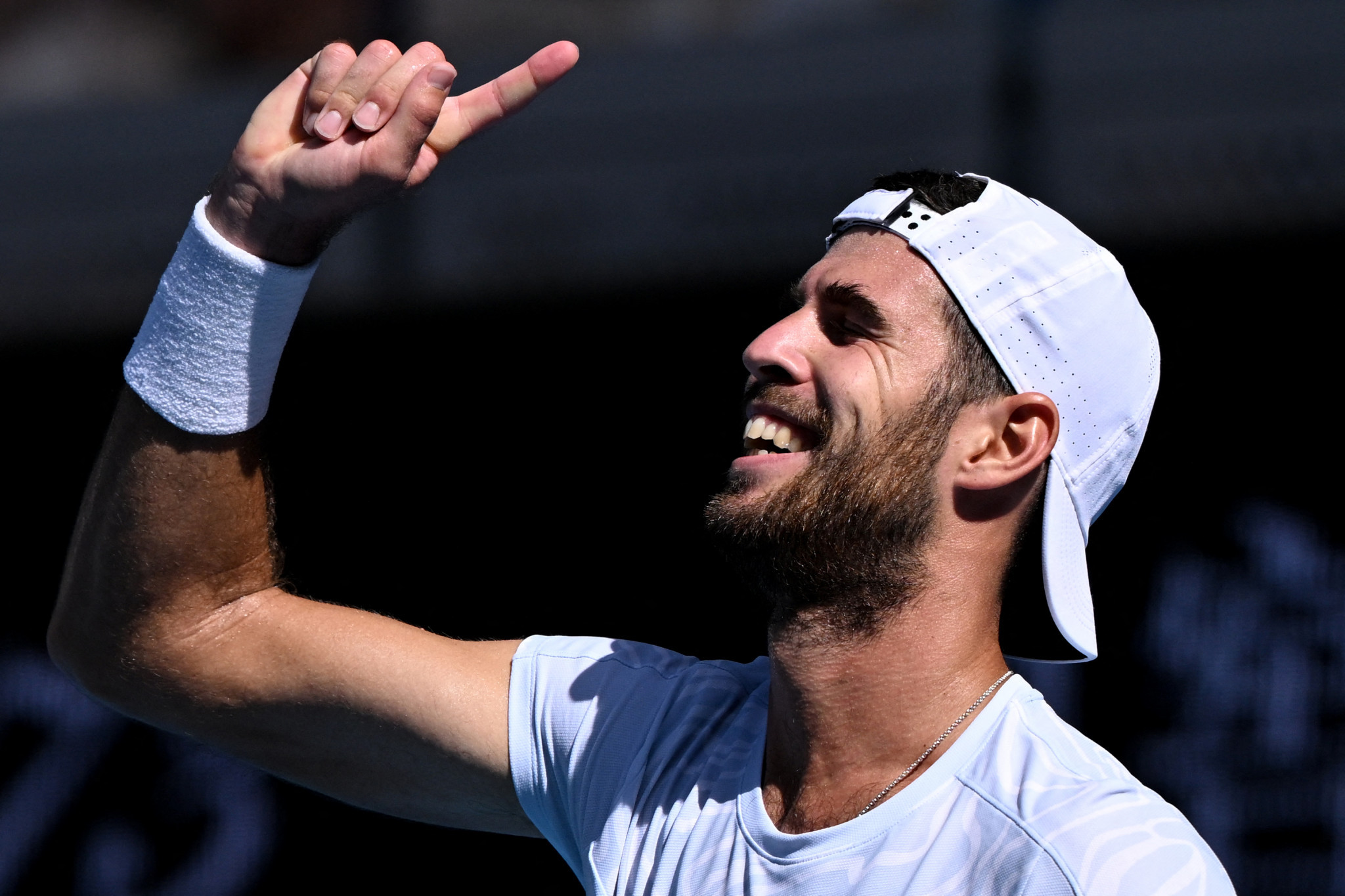 Russia’s Olympic silver medallist Karen Khachanov has caused a diplomatic incident with Azerbaijan following his celebrations during his run to the quarter-finals of the Australian Open in Melbourne.

Afterwards, the 26-year-old wrote a message on the television camera lens that said, "Keep believing until the very end. Artsakh, hold on!” - a reference to the Nagorno-Karabakh Republic.

Earlier, after beating American Frances Tiafoe in the previous round, he wrote on the lens "Artsakh stay strong".

The tiny, mountainous enclave of Nagorno-Karabakh became a self-proclaimed and independent republic during the collapse of the Soviet Union in 1991.

It is internationally recognised as part of Azerbaijan, but its population is predominantly Armenian.

Khachanov’s mother is Russian, but his father Abgar is an Armenian from Yerevan.

"Writing heartfelt wishes on the camera lens is a kind of tradition in tennis, but Khachanov abused this, using it in his dirty plans," the FTA said in a statement.

"The letter reflects the facts of provocation directed against our country and presents legal documents.

“The FTA condemns such incidents, demanding that the ITF punish Khachanov and take drastic measures so that similar situations do not recur.

"We hope this issue will find its objective solution soon."

It was reported last week that Azerbaijani protesters, blocking the Lachin corridor, the lifeline road connecting the self-proclaimed republic of Nagorno-Karabakh with Armenia, since December 12, has trapped 120,000 Armenian residents.

Armenia accuses Azerbaijan of being behind the protests, saying the demonstrators are Government agitators and that they are sparking an unprecedented humanitarian crisis.

But Baku has denied the accusations, saying that Russian peacekeepers closed the road, and that the protesters are concerned about illegal Armenian mining in the area.

The road has been blocked by Azerbaijani protesters who have set up tents outside Shusha, a city retaken by Azerbaijan in a war in 2020 with Armenia for control of the region.

Khachanov has previously spoken of his support for Armenia over Nagorno-Karabakh.

"Despite the fact that I was born in Russia, I always say that I have Armenian roots," he said in an interview two years at the start of the latest conflict with Azerbaijan.

"It hurts to the depths of my soul to look at what is happening in the country, which I love very much.

"Innocent people and even children are dying."

Khachanov is next due to play 29th seed Sebastian Korda, of the United States, at the Australian Open tomorrow.

He has now advanced to the quarter-finals at all four Grand Slams, the 50th man in the open era to accomplish the feat.

Khachanov’s best performance was reaching the semi-finals at the US Open in New York City in 2021 shortly after reaching the final of the re-arranged Olympic Games in Tokyo, where he was beaten by Germany’s Alexander Zverev.

Russian players have been involved in other controversies at the Australian Open.

Due to the country’s invasion of Ukraine, players from Russia and Belarus are playing under a neutral status.

Australian Open officials banned symbols from the two countries after Russian flags were on display in the stands during the first-round matches involving Daniil Medvedev and Kamilla Rakhimova, who was playing Ukraine’s Kateryna Baindl.

Russian world number six Andrey Rublev then complained to the umpire during his Australian Open second-round victory against Finland’s Emil Ruusuvuori because of alleged verbal abuse from spectators holding a Ukraine flag.