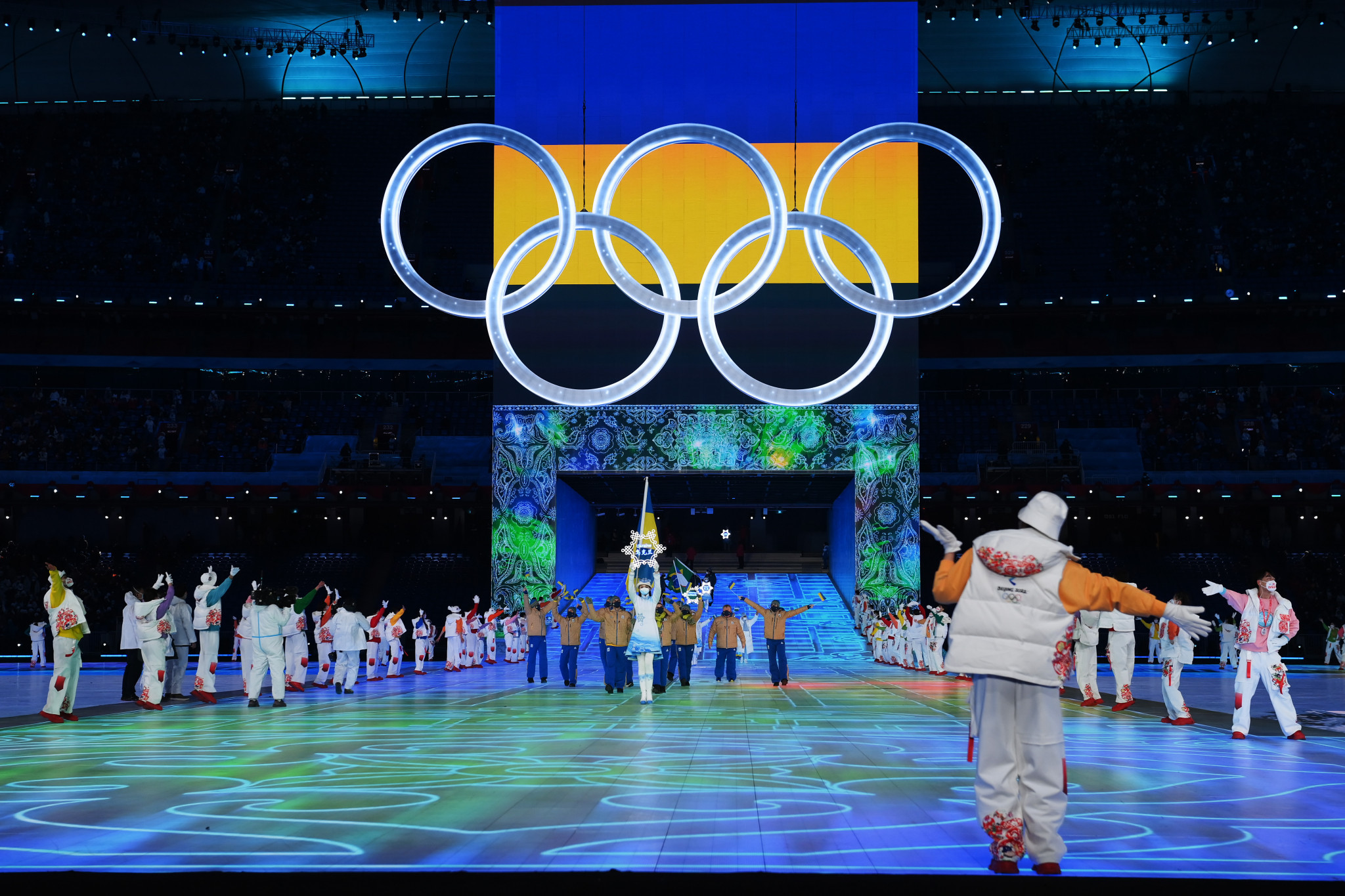 International Olympic Committee (IOC) President Thomas Bach has vowed to provide Ukrainian athletes with help in the build up to Paris 2024, while insisting "we need to explore ways to overcome this dilemma" on the participation of Russian and Belarusian in the French capital here today.

Bach, speaking after the three-day IOC Executive Board meeting, revealed that a debate lasted fo"several hours" on the position of Russian and Belarusian athletes in international sport.

The IOC has drawn a distinction between sanctions taken against the Russian and Belarusian states and Governments, and "protective measures" covering its recommendation on the non-participation of athletes and officials from both countries at international sporting events.

Bach claimed that the sanctions were "in no way put into question by anybody during this very deep debate", and the Executive Board "unanimously reaffirmed" the IOC's commitment to supporting Ukrainian athletes.

"The EB members unanimously reaffirmed the clear position of the IOC that these sanctions must remain firmly in place, and they gave the mandate and the task to the representatives of the IOC in the Olympic Summit on Friday (September 9) to make this very clear," he said.

"The EB members also unanimously reaffirmed the continuation of our solidarity efforts for the Ukrainian athletes and the Ukrainian Olympic community because we are committed to a strong team of the National Olympic Committee of Ukraine at the Olympic Games Paris 2024 and the Olympic Winter Games Milano Cortina 2026."

He again laid the blame at "some Governments [who] started to decide which athletes would be allowed to participate in international sports competitions" for the recommendations issued on February 28.

The IOC President claimed that some countries' Governments had refused visas for Russian and Belarusian athletes and officials, while others had threatened "their national athletes to withdraw funding if they were to compete against Russian or Belarusian competitors".

"We had to act against our own values and our own mission, which is to unify the entire world in peaceful competition," Bach reflected.

"We had to do, to protect this integrity of the competitions, what we never did and we never wanted to do - to prohibit athletes from participating in sports only because of their passport.

"This is why we have made it very clear from the very beginning of these protective measures that we need to explore ways to overcome this dilemma with regard to athletes’ participation and come back to the sporting merits, and not to political interference."

Bach added that the Executive Board "took note with great appreciation that we have received great encouragement and support to overcome this dilemma and to accomplish again our unifying mission of peace".

These included statements from Indonesian President Joko Widodo and his French counterpart Emmanuel Macron arguing for a separation of sports and politics, and the United Nations General Assembly's adoption of a resolution calling for sport to be "organised in the spirit of peace".

"All the members of the IOC Executive Board emphasised the importance for the Olympic Movement to accomplish its unifying mission as it has always done with regard to too many other conflicts and wars, past and present," Bach said.

"The Olympic Movement must be a unifying force and not a dividing force.

"This is the mandate the IOC Executive Board today unanimously gave to the representatives of the IOC in the Olympic Summit on Friday."

Russian Olympic Committee President Stanislav Pozdnyakov is one of only three Presidents of National Olympic Committees invited to the Olympic Summit in Lausanne, alongside his counterparts from the United States, Susanne Lyons, and China, Gao Zhidan.

The war in Ukraine is expected to feature highly on the agenda.

According to the IOC, the "Olympic Summit forms part of the ongoing consultation process on important issues of significance for the future of the Olympic Movement".

It is held annually and also includes Presidents from leading International Federations are also invited.