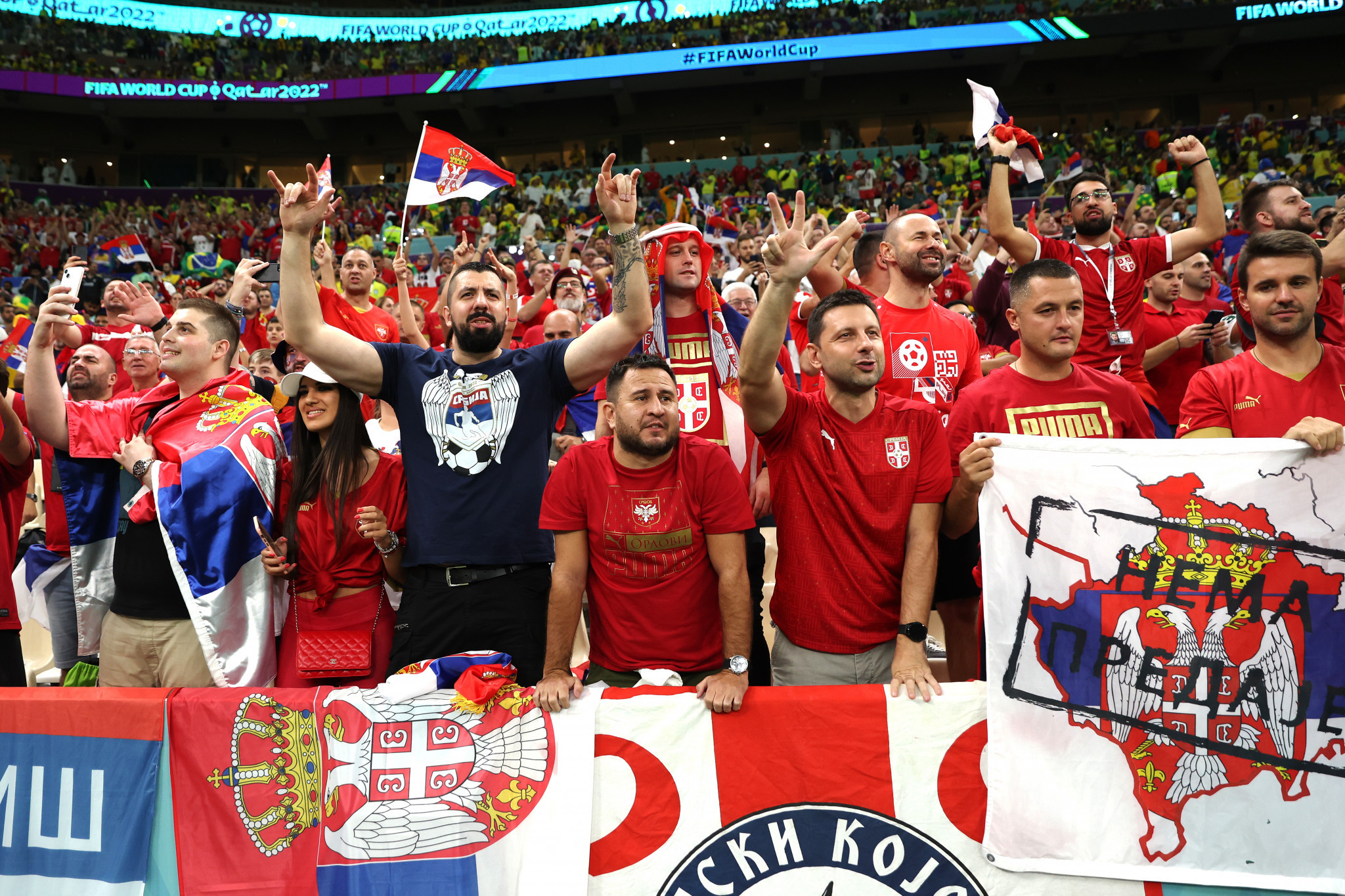 The FIFA Disciplinary Committee has fined three national bodies for misconduct at the ongoing World Cup, including the Football Association of Serbia (FSS) because players took a flag depicting Kosovo as Serbian territory into their dressing room.

Kosovo declared independence in 2008 but this is still disputed by Serbia.

UEFA prohibits Kosovo from being drawn against Serbia in its competitions because of tensions between the two and both the Kosovo Olympic Committee and the Football Federation of Kosovo registered complaints about the banner.

Kosovar authorities said it was a "message of conflict and aggression".

The FSS also faces punishment because of events during Serbia's final World Cup match versus Switzerland, a team containing numerous players of ethnic Albanian heritage who are refugees from Kosovo.

The FSS has been charged with breaking three articles of the FIFA Disciplinary Code, relating to discrimination, order and security plus the conduct of players and officials.

Sanctions are yet to be levied for that.

Also fined by the FIFA Disciplinary Committee for a banner displayed by fans was the Croatian Football Federation (HNS).

Brojan's family fled a Serb region of what is now Croatia when he was eight.

Saudi players earned six yellow cards against both Argentina and Mexico, leading to the two fines which total more than the FSS was fined for the offensive banner about Kosovo being displayed in its dressing room.