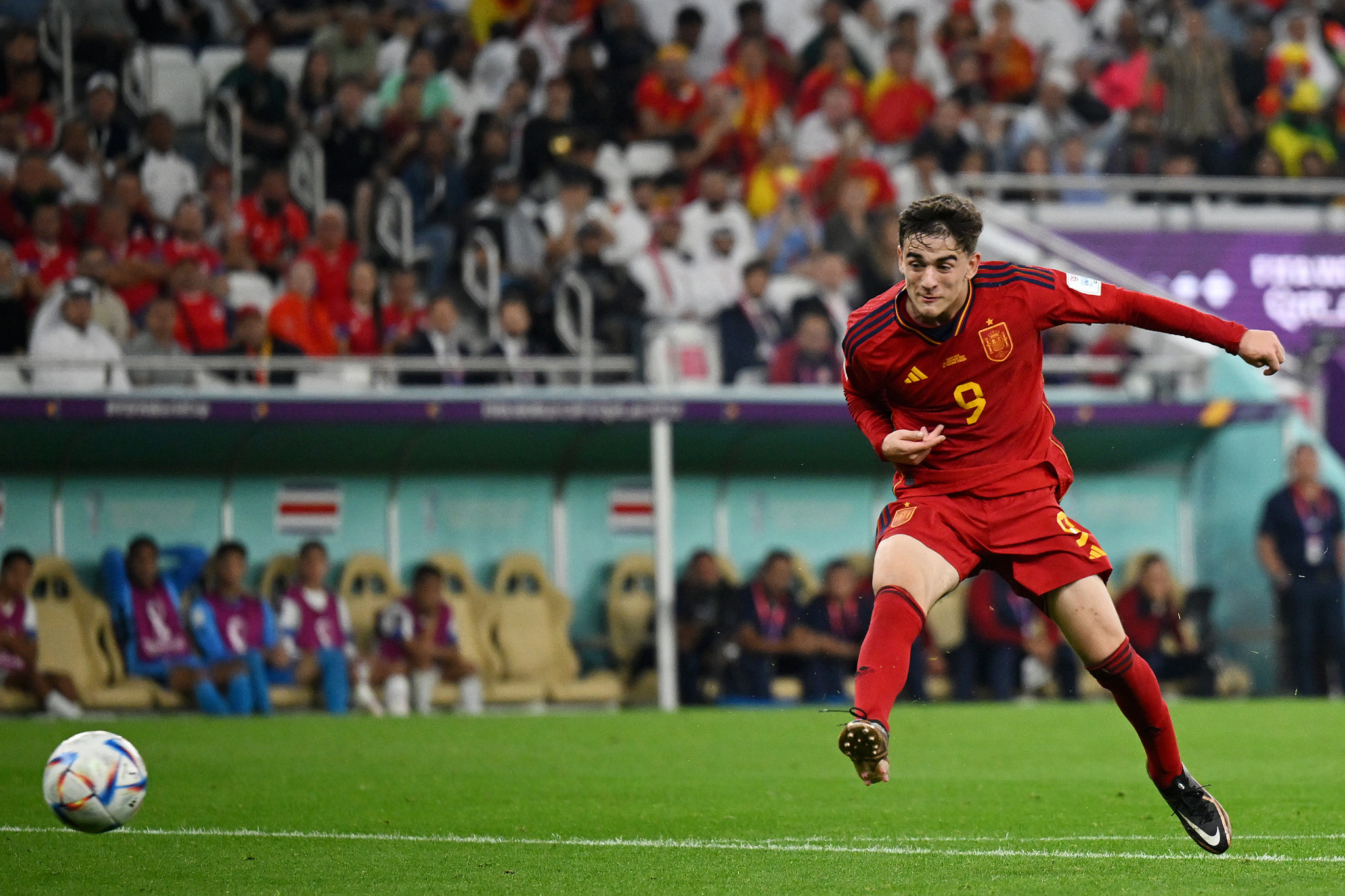 Spain started their Qatar 2022 FIFA World Cup campaign in style as they hammered Costa Rica 7-0 before Belgium edged past Canada 1-0 in a Group F game.

While Torres scored a brace, teenager Gavi stole the show with a sensational volley to become the youngest World Cup goalscorer since Brazilian great Pele.

In the first match of the day, Morocco and Croatia played out a goalless draw before Japan stunned Spain's Group E rivals Germany with 2-1 win.

The day finished with Belgium scraping past Canada through a Michy Batshuayi strike after Alphonso Davies saw a first-half penalty saved by Belgium keeper Thibaut Courtois.

At the Al Thumama Stadium in Qatar, Olmo began the proceedings following a neat turn and finish before Asensio doubled their advantage 10 minutes later thanks to a pin-perfect cross from Jordi Alba.

Alba was decisive in the third goal after he was brought down by defender Oscar Duarte in the box.

The Barcelona forward then doubled his tally after a mix up from the Costa Rica backline.

The goal of the match belonged to young sensation Gavi, who sprinted to meet a cross from the left with the outside of his boot.

The sublime finish underlined his rising stardom, as he pulled strings with Catalan teammate and teenager Pedri in midfield, supported by the experienced Sergio Busquets.

Striker Soler came off the bench to net Spain's sixth in the 90th minute before fellow substitute Morata scored a seventh moments later.

In the last game of the day, Canada were unlucky to go down despite staying on top for most parts of the game.

However, they were wasteful in front of goal, with keeper Courtois pulling off some excellent saves.

With half-time approaching, Batshuayi was calm in collecting a long ball from Toby Alderweireld before drilling one past Milan Borjan.