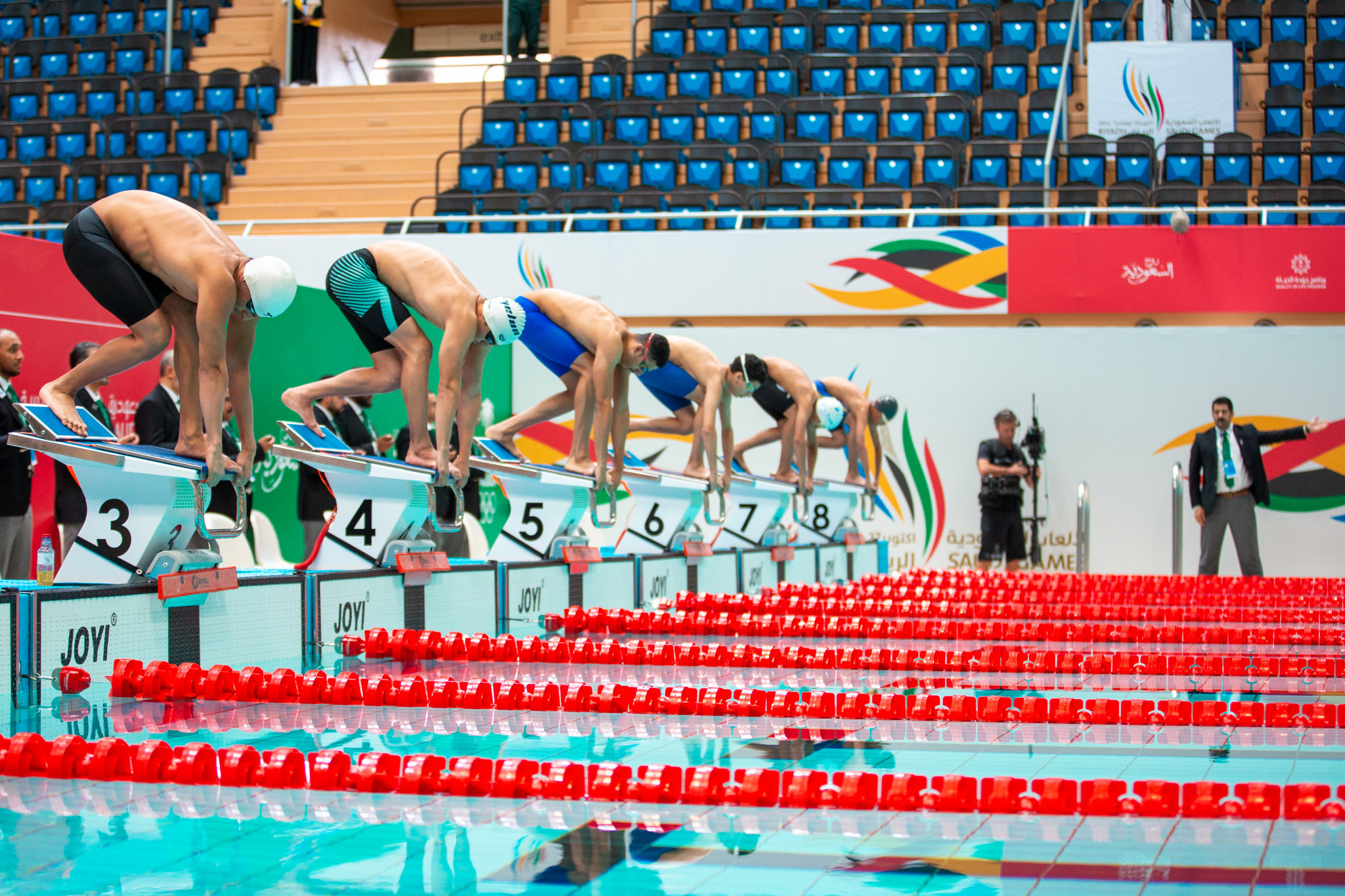 Tokyo 2020 Olympian Yousif Bu Areesh overcame the disappointment in missing out on a Saudi Games gold medal two days ago by winning the men's 50 metres butterfly at the SAOC Complex in Riyadh.

This was one of five swimming events to be held today, with Sultan Al-Otaibi and Ali Alessa claiming their second Saudi Games gold medals.

Al-Otaibi produced heroics in the men's 100m breaststroke to finish in 1min 6.62sec and defeat Yousef Essa Al-Yousuf and Abdullah Mohhamed Al-Rasheed by 0.34sec and 0.81, respectively.

He finished in 52.30sec to take the gold with Faisal Al-Shilaty trailing by almost a second.

Shereef Fawzy settled for bronze after touching the wall in 54.42sec.

There were also five gold medals handed out in Greco-Roman wrestling, with Rayan Mazen Hawsawi becoming the first of the exclusive club in the under-60 kilograms event at the King Saud University Arena.

Mohamed Khalaf Abdellatif triumphed in the under-70kg class after besting Mesfer Ibrahim Al-Subaie in the final.

Bassam Abdulaziz Hawsawi and Ahmed Fawzi Barahmah were the bronze medallists in this class.

Hassan Saleh Barnawi then established himself as the under-80kg champion with victory against Mahmoud Mohamed Abouelkhir.

Mansour Abdu Kaabi took one of the bronze medals as Abdullah Saad Al-Dossary took the other.

Reda Samy El-Maghraby booked his place atop the under-90kg podium thanks to final win against Faisal Jamaan bin Ahmed.

There was also lift off in the artistic gymnastics finals as Abdulaziz Al-Johani was judged the best in the men's floor routine after scoring 12.450 at the Prince Faisal bin Fahd Stadium.

Kadhem Al-Antaif put on a show in the men's pommel horse after tallying 11.100 to beat Habeb Aswailah and Yazan Barayan.