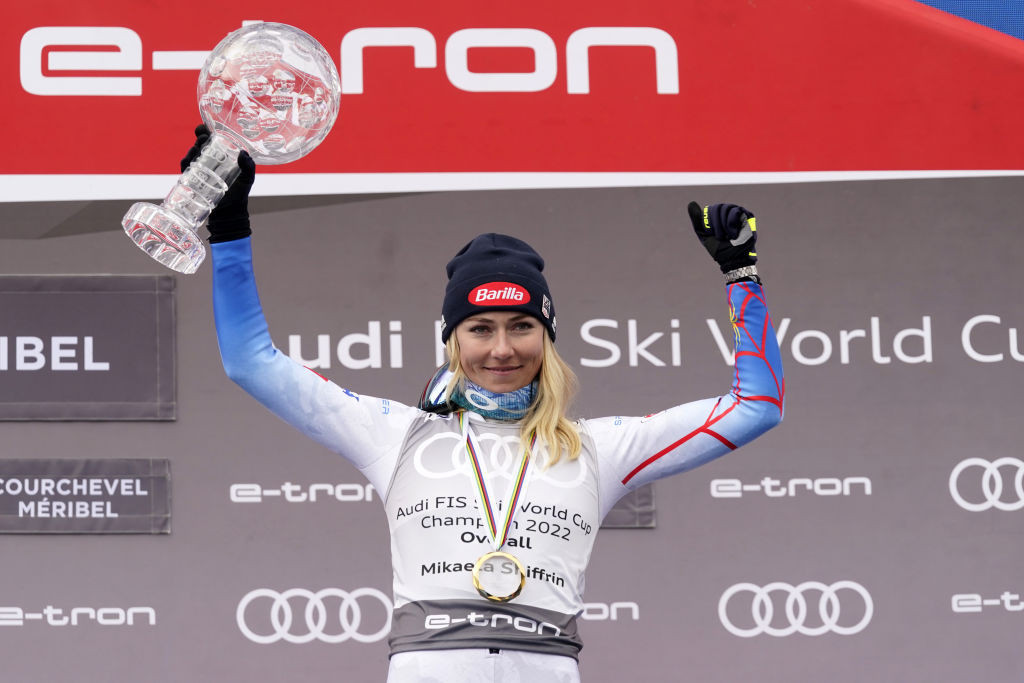 The prospect of packed stands and cheering fans on the slopes of Austria's famous Rettenbach Glacier - a traditional venue for the World Cup season opener - after two years of adherence to strict COVID-19 restrictions has only added to the levels of anticipation.

Last week a snow inspection confirmed that the course would be in good condition for the two-day event, which will see tomorrow's women's competition followed by the men's on Sunday (October 23).

Worley’s late flourish last season saw her move ahead of Hector to claim the crystal globe by a margin of 27 points.

This season's competition promises to be as close and it will be fascinating to see what form Shiffrin, who claimed her fourth overall World Cup title last season, is in.

Shiffrin, who currently has 74 World Cup wins to her name, finished just ahead of perennial rivals Lara Gut-Behrami of Switzerland and Petra Vlhová of Slovakia a year ago to claim her 14th career World Cup giant slalom victory and her second on the Rettenbach.

With Gut-Behrami and Vlhová, the respective 2021 and 2019 giant slalom world champions, also in the field there could even be a repeat of that podium finish.

Italian pair Marta Bassino, the 2021 giant slalom crystal globe winner, and Federica Brignone, the current World Cup super-G champion, will be among those out to disrupt proceedings while Switzerland’s Michelle Gisin will again be a threat after an impressive six top-10 giant slalom World Cup finishes in 2021-2022.

In the men's competition all eyes will be on Switzerland's Marco Odermatt, who was a runaway winner of the Alpine Ski World Cup overall and giant slalom titles last season and also took giant slalom gold at Beijing 2022.

Of the eight World Cup giant slalom races last season, the 25-year-old from Hergiswill won five and finished on the podium in the other three.

His most likely challenger will be Norway’s Henrik Kristoffersen, who finished second in last season’s overall World Cup standings and who has won World Cup giant slalom events on seven occasions.

Another one to watch is Kristoffersen's compatriot Lucas Braathen, who claimed his maiden World Cup crown on the Austrian slopes back in 2020 and followed it up with two podium places last season.

The 21-year-old Alexander Steen Olsen rounds off the Norwegian challenge.

In March he claimed both the giant slalom and slalom gold medals at the Junior Ski Championships.

It has been eight long years since the Austrian crowd have been able to cheer a home champion but Manuel Feller is well-placed to end that wait.

Meanwhile Alexis Pinturault of France will fancy his chances on the Sölden slopes given that, in eight Rettenbach races, he has two triumphs, earned three other podium places and placed in the top five on the other three occasions.

With the Courchevel-Meribel 2023 FIS Alpine World Ski Championships looming large on the horizon, the 31-year-old who has already earned two world titles could hardy have a greater spur to his ambition.