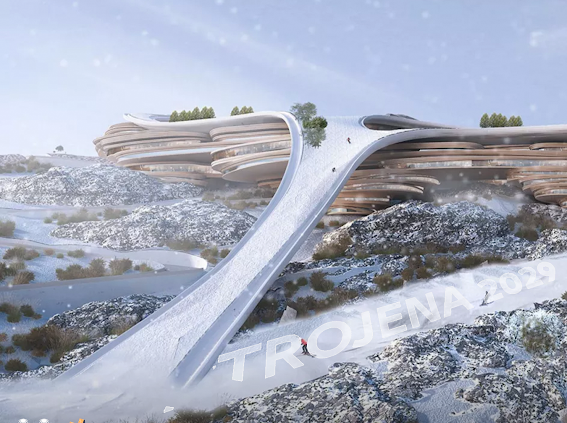 A delegation from Saudi Arabia has arrived here to present its bid to host the 2029 Asian Winter Games, its latest effort to use sport to help establish itself on the world stage.

Prince Abdulaziz Bin Turki Al Faisal, President of the Saudi Olympic & Paralympic Committee and vice-president of the Olympic Council of Asia (OCA), is chairing the group.

It is due to present its bid to the OCA Executive Board meeting in Cambodia’s capital tomorrow.

The Executive Board is expected to then recommend to the OCA General Assembly on Tuesday (October 4) that Saudi Arabia becomes the first West Asian country to host the event.

Sapporo hosted the first two editions of the Asian Winter Games in 1986 and 1990 and the event took place regularly for more than 30 years.

Changchun in China hosted the event in 2007 and Astana and Almaty in Kazakhstan in 2011.

Then was a six-year gap until Sapporo returned as host in 2017 before it disappeared off the calendar as the OCA struggled to find hosts until Saudi Arabia’s potentially game-changing bid.

The Games are part of a grand plan by Crown Prince Mohammed bin Salman to help Saudi Arabia establish itself as a sports winter tourism venue, even though temperatures rarely drop below eight degrees Celsius in the country, except in the 2,400-metre high Sarawat Mountains.

The Asian Winter Games would be held at Trojena, a yet-to-be-built resort on the Sarawat Mountains overlooking bin Salman’s futuristic Neom, a $500 billion (£448 billion/€510 billion) new city and tourism destination along the Red Sea in a mostly unpopulated part of the kingdom.

Trojena would be the Gulf’s first outdoor ski resort and would be powered by renewable energy, creating an outdoor ski slope using artificial snow.

Plans for the resort also include a ski village, luxurious family and wellness facilities, the region’s largest freshwater lake, and an interactive nature reserve.

"Trojena is part of Neom’s regional plan, located 50 kilometres from the Gulf of Aqaba coast in the heart of our nature region - with elevations ranging from 1,500 metres to 2,600 metres and covering an area of nearly 60 square kilometres," Neom claims on its website.

"Capitalising on the different climate in the area, where winter temperatures drop below zero Celsius and year-round temperatures are generally 10 degrees cooler than the rest of the region - with its clear fresh air and stunning views, Trojena will not only be a mesmerising place to visit, but also a magical place to live and work."

At least 32 countries are expected to compete in the 2029 Asian Winter Games in events expected to include Alpine skiing, ice hockey, biathlon, cross-country skiing, and figure skating competitions.

Saudi Arabia made its debut in the Winter Olympic Games in Beijing earlier this year when Alpine skier Fayik Abdi finished 44th in the men's giant slalom.

The Asian Winter Games would complete a hat-trick of events awarded to Saudi Arabia.

Riyadh has already been awarded the 7th Asian Indoor Martial Arts Games in 2025 and the Asian Games in 2034.