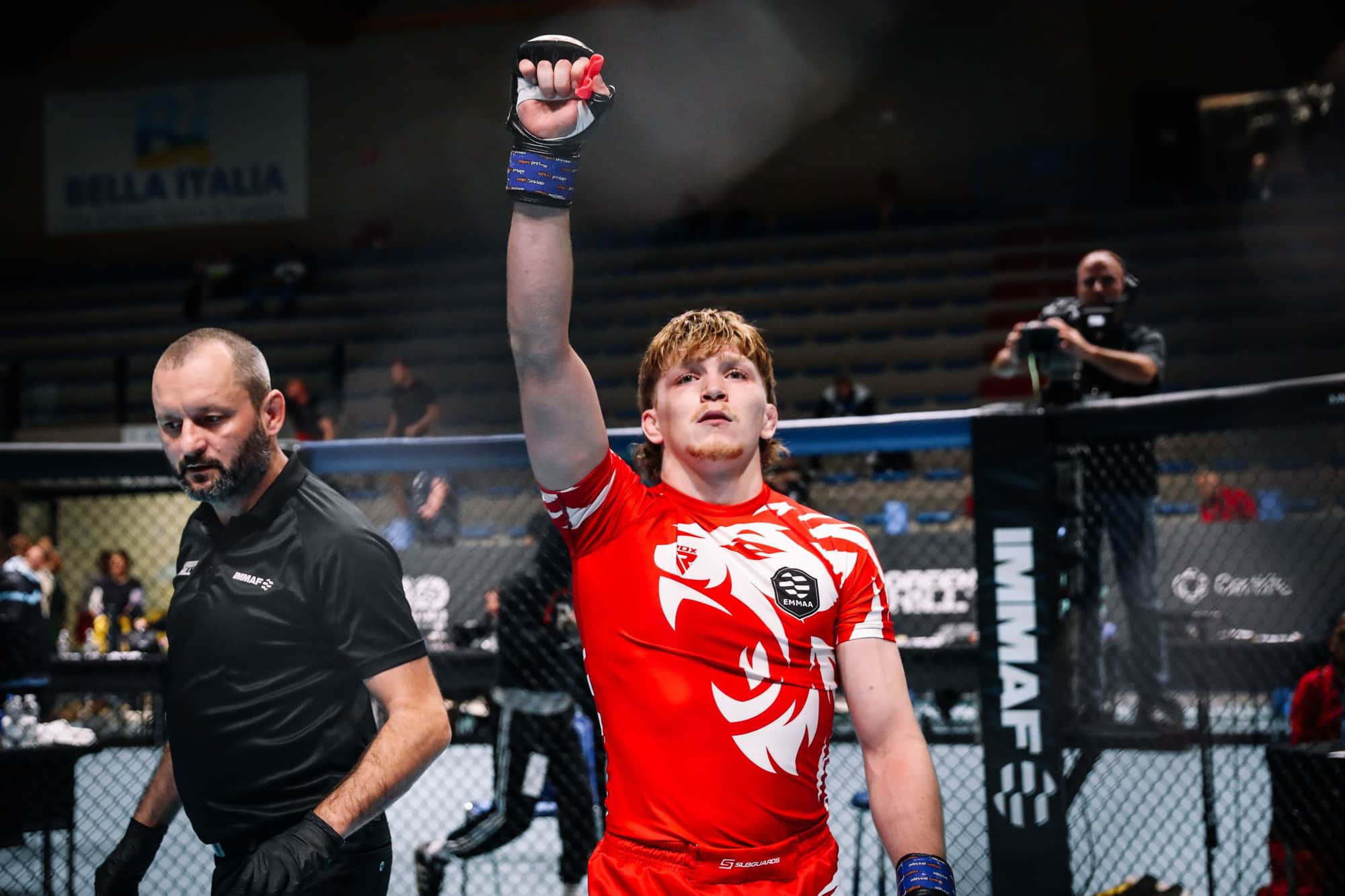 England and Belgium put the rest of the competition on red alert at the International Mixed Martial Arts Federation (IMMAF) European Championships in Lignano Sabbiadoro.

The two nations won six of their seven bouts during the last 16 phase of the competition for the senior fighters.

Teddy Stringer of England, who was making his first appearance at an IMMAF event since January, sealed a submission win over Germany’s Elohim Garbrah in the last 16 of the men's welterweight.

Despite the victory, Stringer is not letting the adrenaline get to his head as he eyes another four wins to claim the title.

"Obviously, yesterday I got a bye, so I was waiting to get my turn today, and getting back here, getting the win in the first round in clean fashion.

"It's a nice way to start off the week, but I keep reminding myself to bring myself back down.

"That's one of four [wins] for the gold medal."

Check out some of the best shots from today's action! pic.twitter.com/sBeZXWEbWW

Mosvar Ibragimov starred for Belgium against Ireland's Karl McConway by recording a knockout finish in the men's bantamweight duel.

Bulgaria experienced a resurgence thanks to submission victories from Radostin Georgiev and Plamen Dimitro.

Andrian Murug of Moldova made it back-to-back submissions in his duel against Kharim El Wehiby of Germany.

The women's competition also got underway with Hanna Palmquist of Sweden defeating Giulia Volpe of Italy in the women’s flyweight division.

Junior fighter Ivan Pasych of Ukraine recorded one of the best individual performances of the day with slick striking and high-level grappling against Italy's Samuel Rossi in the men's bantamweight class to progress to the semi-finals.

The junior semi-finals and the senior quarter-finals are scheduled to take place tomorrow.