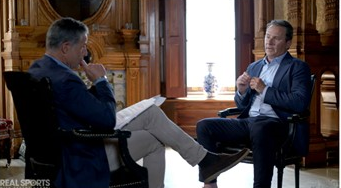 The World Anti-Doping Agency (WADA) has criticised "unsubstantiated allegations" made in a television interview by a former staff member.

In an interview on United States television network HBO as part of the Real Sports programme, former deputy to the director general Rob Koehler, who left the organisation in 2018, alleged the International Olympic Committee (IOC) swayed decisions "very easily" and claimed there was "a lack of efficiency" in catching athletes committing doping offences during his time at WADA.

Koehler also claimed that when he recommended that Russian athletes should be banned from competing at the Pyeongchang 2018 Winter Olympics in response to state-sponsored doping he was told to "back off."

In response WADA told insidethegames that Koehler had "presented these allegations entirely without evidence", and claimed that it "went after Russia vigorously."

In the interview Koehler alleged: "It was stated directly to me that ‘Russia is the most powerful sporting nation.

In response to a question from interviewer Jon Frankel about whether the IOC wanted Russia at Pyeongchang 2018, Koehler replied: "100 per cent. They were more interested in protecting Russian interests than they were clean sport."

Koehler was also asked in the interview whether there was "a lack of efficiency" in catching athletes that were doping, during his time at the organisation and replied: "Yeah. I remember at the time, my boss he said we'd all lose our jobs if we were in another industry."

In response to the interview WADA told insidethegames: "It is a shame that Mr Koehler has presented these allegations entirely without evidence.

"Regardless of what he claims, the truth is that WADA went after Russia vigorously.

"In fact, no organisation has been tougher on Russia.

"WADA’s Executive Committee decision of 9 December 2019 was unanimously approved by all members from Governments and sports, including an athlete representative.

"It included a range of tough consequences, not least a four-year ban for athletes representing Russia from participating in major sports events and for Russia from hosting or bidding for those events.

"The fact that the ban was subsequently watered down {to two years} by the Court of Arbitration for Sport was out of WADA’s control and was a source of great disappointment for the Agency, a fact that is clearly on the record.

"The notion that WADA is dominated by the sport movement is simply and demonstrably untrue.

"Sports and Governments of the world are equally represented within WADA with neither group occupying a majority position, either on the Foundation Board or Executive Committee (ExCo).

"All WADA Board meetings are open to the public and verbatim minutes of ExCo meetings are published, transparently showing exactly the discussions that take place and the decisions that are made.

"Since Mr. Koehler’s departure in 2018, WADA has carried out far-reaching governance reform that is making a significant difference to how the agency is run.

"These reforms are adding several positions for independent members, as well as increased representation for athletes and national anti-doping organisations.

"The idea that one stakeholder has ever or will ever dictate the actions of the collective simply does not stand up to scrutiny.

"Mr Koehler’s vague claim that most countries are not serious about clean sport questions the integrity of the vast majority of the world’s athletes, Governments and anti-doping officials without presenting a shred of evidence.

"He neglects to mention that every signatory to the World Anti-Doping Code is accountable and its performance is subject to WADA’s rigorous compliance monitoring programme."

insidethegames also contacted the IOC for a response and was referred to comments made by current WADA director general Olivier Niggli, who was also interviewed as part of the programme.

Asked about Koehler’s accusations during the programme Niggli replied: "I don't know what Mr. Koehler discussed with whom, but I would be factual.

"The factual thing is what? That WADA in the end punished Russia.

"There's never been any impediment in pursuing this Russian case. We did our homework and we went till the end of this fight."