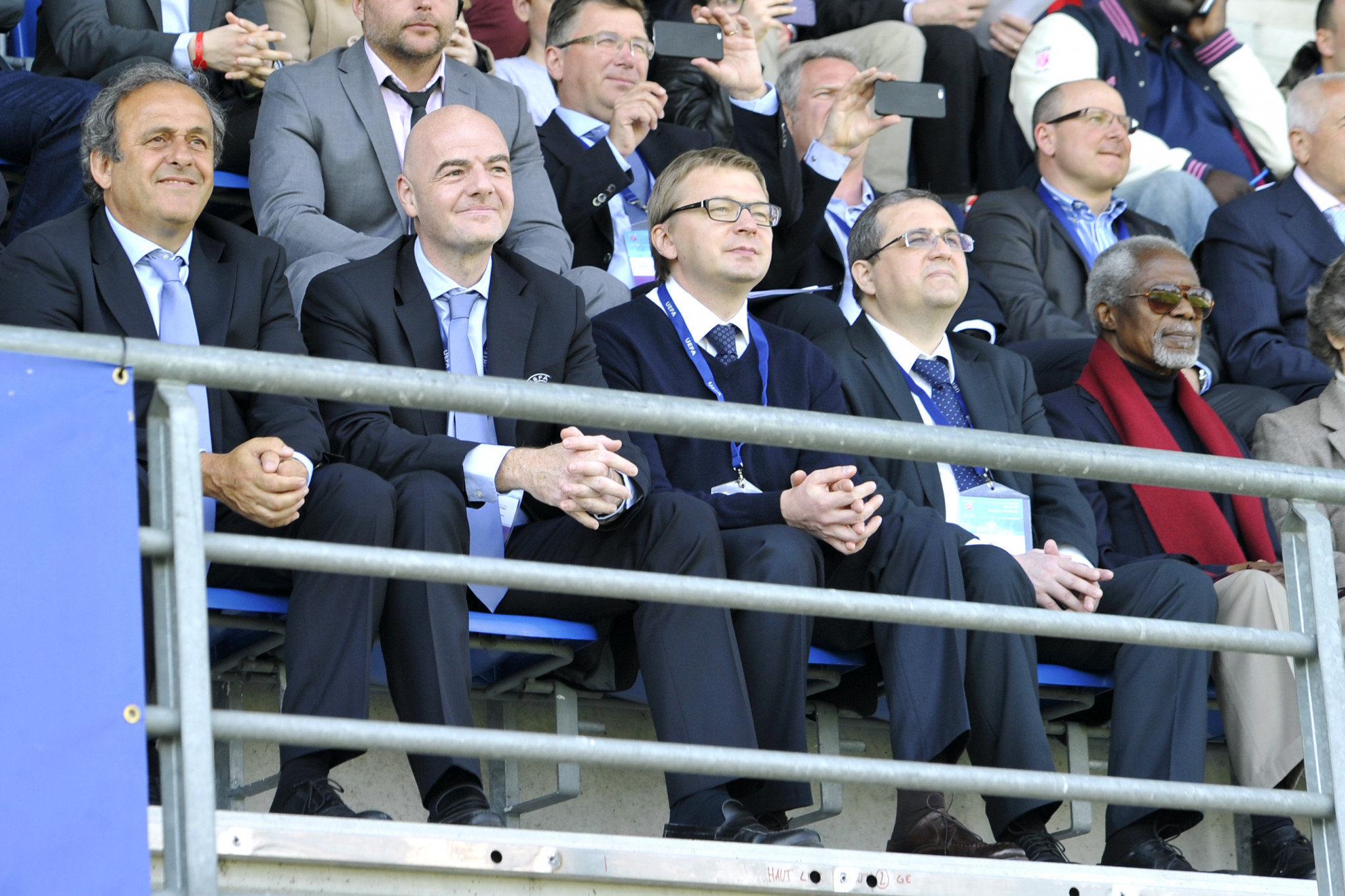 FIFA has banned Russia's national teams from competing in its international competitions but has continued to keep links to the country, including broadcast deals with Russian TV channels VGTRK, Perviy and Match TV.

Officials at Gazprombank have been sanctioned by the United Kingdom and United States Governments.

Palkin told The Athletic he believes FIFA does not understand the damage the Russian invasion has caused on Ukraine and accused the International Federation of ignoring the country.

"How is it possible that everybody in the world stopped having communications and dealings and business with Russia but at the same time FIFA maintains the television contract for the World Cup with Russia?" he questioned.

"It's unbelievable what's going on.

"Maybe Infantino should come to Ukraine to see personally what's happening and what kind of help we ought to receive from FIFA.

"Look how the leaders of the European Union and the Prime Minister of Great Britain visited [Ukrainian] President Zelensky.

He continued: "OK, you do not want to visit Ukraine.

"OK, you don't want to significantly help from a financial point of view for the Ukrainian people, but don’t also destroy what we had before.

"Sit with us and discuss how you can help.

"I would like Infantino to understand, to come to Ukraine to meet the President of our country, to visit all these places where these killings happened."

He added that FIFA should revoke the Russian Football Union's membership as "this would be a decision to really help" Ukraine.

Russia was allowed to host the FIFA World Cup in 2018, despite annexing the Crimea region four years prior to the tournament.

Palkin regarded this as a "big, big mistake" and suggested Russian President Vladimir Putin was confident he could take more extreme actions because there was not a strong reaction from international organisations like the European Union and FIFA.

Putin signed a decree to award FIFA President Gianni Infantino the Order of Friendship after the Swiss official made an "enormous contribution" to Russia's World Cup.

FIFA joined other governing bodies in exiling Russia from international sport earlier this year upon the recommendations from the International Olympic Committee.

It meant Russia could not qualify for the Qatar World Cup.

The International Federation announced a $1 million (£930,000/€1 million) humanitarian donation in March to support people in Ukraine and its refugees.

FIFA ruled that foreign players and coaches in Ukraine may suspend their contracts until June 30 2023 due to the war, a decision that has added to the financial losses of Ukrainian football clubs.

Teams have seen reduced television deals and matchday income from last season after the invasion started in February and the Ukrainian league is currently being played without fans.

Shakhtar argue they should receive €50 million (£43 million/£48.1 million) worth of damages from FIFA due to lost transfer revenue.