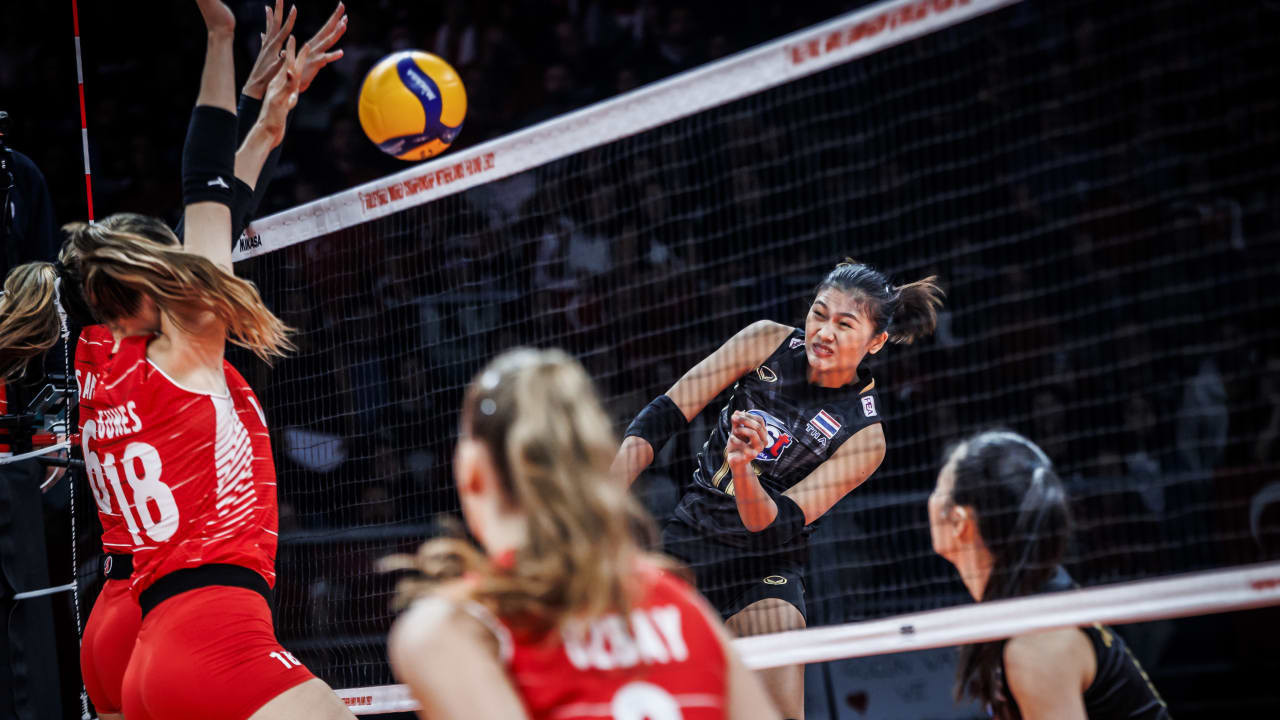 Thailand pulled off a stunning five-set victory over Turkey in Pool B at the Women's World Volleyball Championship at the GelreDome in Arnhem.

Outside hitter Chatchu-On Moksri nailed 33 points during the clash against the nation ranked sixth in the world to win 3-2.

Proceedings were initially favouring Turkey with the first set comfortably swaying 25-17 in their favour.

However, the first signs of Thailand's stiff resistance was on full display in the second set as they refused to give up an inch.

Hande Baladin handed Turkey a 19-17 lead but Thailand were on hand to respond and could have taken the set when they secured a 24-23 lead.

Five Thai set points soon followed before they eventually got the job done with a 31-29 triumph thanks to an off-the-block swing from Moksri.

Turkey bounced back in the third set, winning 25-22, although the tie came down to a nervy fifth set when Thailand took the fourth 25-19.

The Southeast Asian country sealed the match win after coming out on top 15-13.

They beat Türkiye in an epic 5 set marathon at the 2022 World Champs ?!

Italy also swept aside Cameroon, beating their opponents 25-10, 25-12, 25-16, to ensure they maintained pace with The Netherlands and Belgium.

The sole Pool B match of the day between Dominican Republic and South Korea saw the former country enjoy a whitewash victory.

The matchup between Brazil and Czech Republic was slightly less one-sided, but the South Americans still showed they were the far superior team.

The competition is scheduled to continue tomorrow.