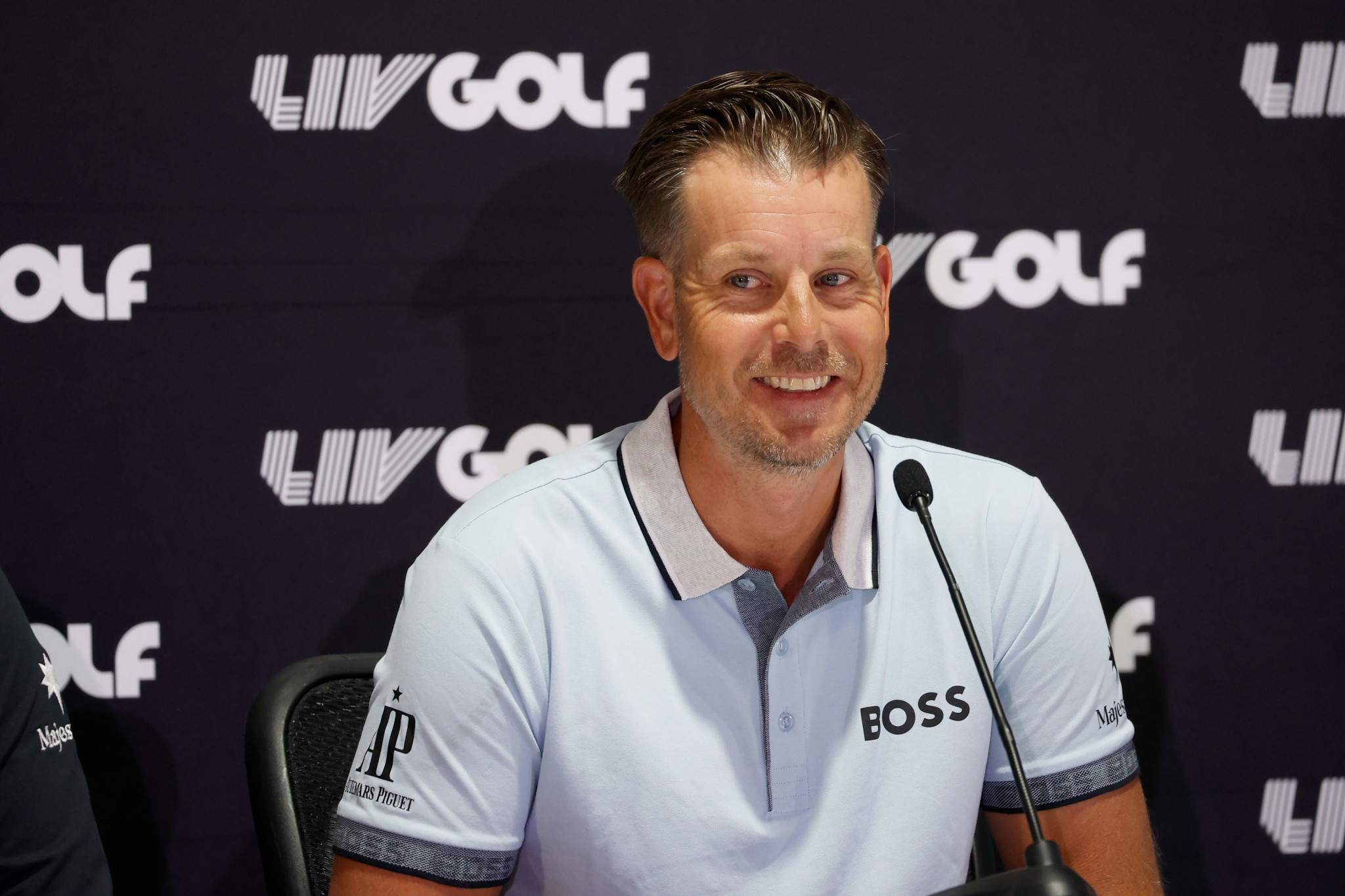 The Swedish Golf Federation (SGF) has cut its ties with Henrik Stenson, after the Rio 2016 Olympic silver medallist joined the Saudi-backed LIV Golf.

It said it had made its decision because LIV Golf "conflicts with the basic idea that it should be athletic performance that is the basis for how players get to the next level".

The rise of the controversial breakaway tour has sparked significant infighting within men's golf, with the PGA Tour suspending all players who have taken part in LIV events, which are 54-hole invitational competitions played with a shotgun start.

"SGF considers this [the invitational element of LIV Golf] to be far from the competitive sport we want to pursue," a statement from SGF secretary general Gunnar Håkansson read.

"For that reason, we do not think that Henrik Stenson, who represents LIV, is the right ambassador for the association's Para golf activities, nor someone we choose to cooperate with current junior competitions."

However, Håkansson claimed that the decision should "not be interpreted as criticism from the SGF against Henrik Stenson as a person or his choice to play LIV Golf".

Håkansson also said the SGF would not organise elite junior competitions during the Stenson Sunesson Junior Challenge, and planned "similar dialogues with Henrik and his team" on Para golf.

LIV Golf has also been criticised as a means of sportswashing for Saudi Arabia, with LIV Golf Investments owned in the majority by the country's Public Investment Fund.

Stenson has already been sacked as Europe's Ryder Cup captain due to move to LIV Golf.

Stenson was widely reported to have been offered a $50 million (£46 million/€52 million) signing bonus by LIV.

The 2016 Open winner had served as an ambassador for the SGF's Para golf activities since 2014, and has co-organised an international junior competition with Fanny Sunesson since 2017.

He said on Instagram: "Naturally, we are disappointed that the SGF feel that our commitment and financial support via the Henrik Stenson Foundation is no longer wanted, but this will in no way impact our drive to develop junior and Para golf in Sweden."

Six-time major winner Phil Mickelson, fellow American Dustin Johnson, who has been ranked world number one for a combined 135 weeks in his career, and Australia's Cameron Smith, the winner of this year's Open, are among other golf stars who have defected to LIV.

LIV events do not currently offer Official World Golf Ranking points, which are used to determine qualification for the Olympics and have a significant bearing on who can play at major championships.

The International Golf Federation is chaired by a Swede in Annika Sörenstam, and has told insidethegames that it has "no plans" to change the Olympic qualification system.