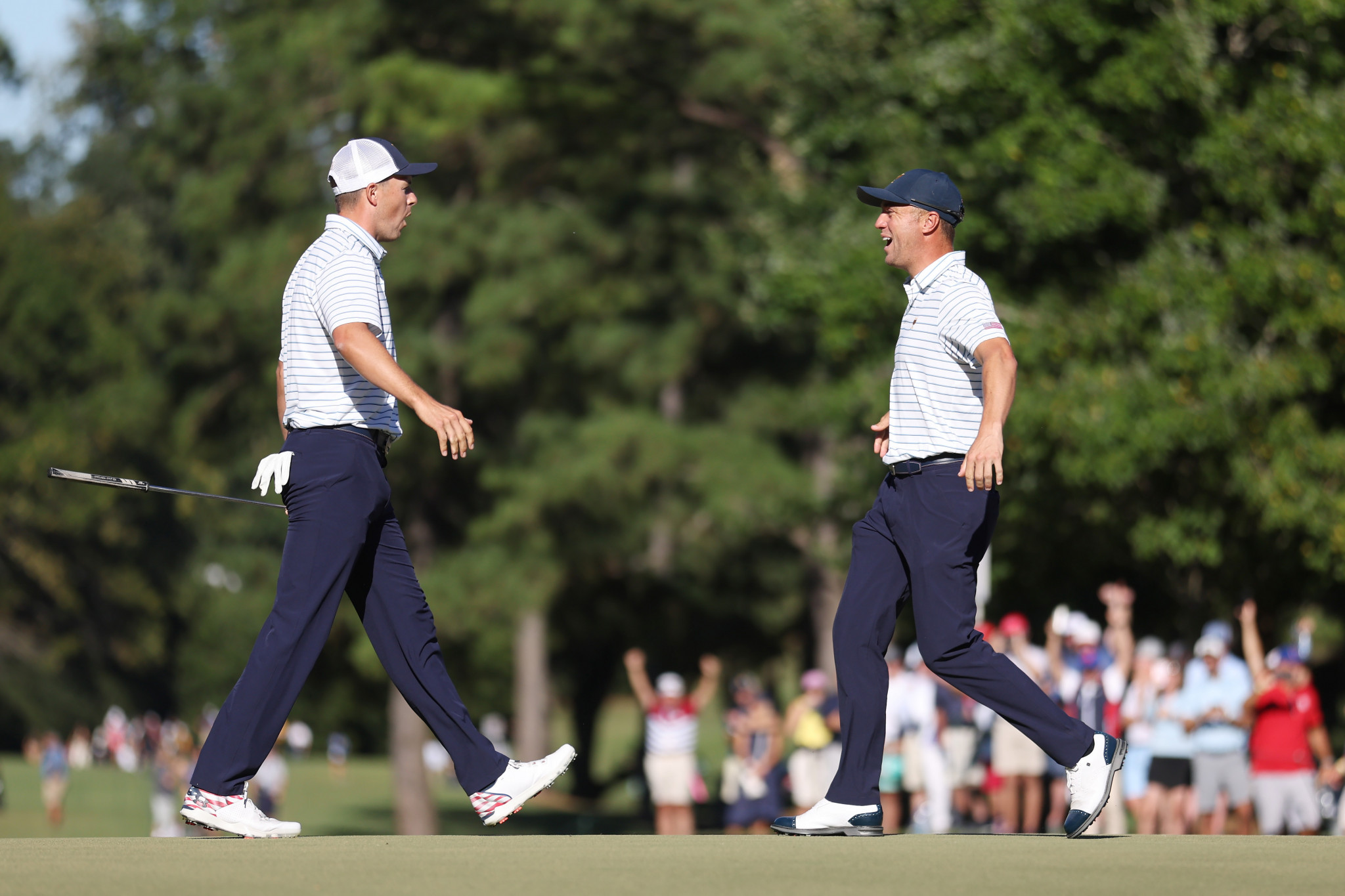 The United States have doubled their lead at the Presidents Cup and are on course to win the trophy inside three days.

The Americans did not lose a single fourball match, winning three and splitting two, to move the score to 8-2.

Jordan Spieth and Justin Thomas made a winning start for the host nation at Quail Hollow in North Carolina, beating the all-Australia pair of Adam Scott and Cameron Davis two and one.

Thomas has now won all five of his career Presidents Cup fourball matches.

Chilean Mito Pereira and the South African Christiaan Bezuidenhout did the same, splitting against Kevin Kisner and Cameron Young, but that was the last half a point the International team earned.

Olympic gold medallist Xander Schauffele and Patrick Cantlay raced into a five-hole lead after eight, and although Hideki Matsuyama and Tom Kim fought back, the Japanese and South Korean players could not avoid a three-and-two loss.

The final match went down to the last hole, but Billy Horschel and Max Homa beat Canadian duo Corey Conners and Taylor Pendrith one up.

Foursomes and fourballs are scheduled tomorrow, with the US needing just 7.5 more points to secure victory.

The International team represents the rest of the world, minus Europe, and has lost eight straight Presidents Cups.