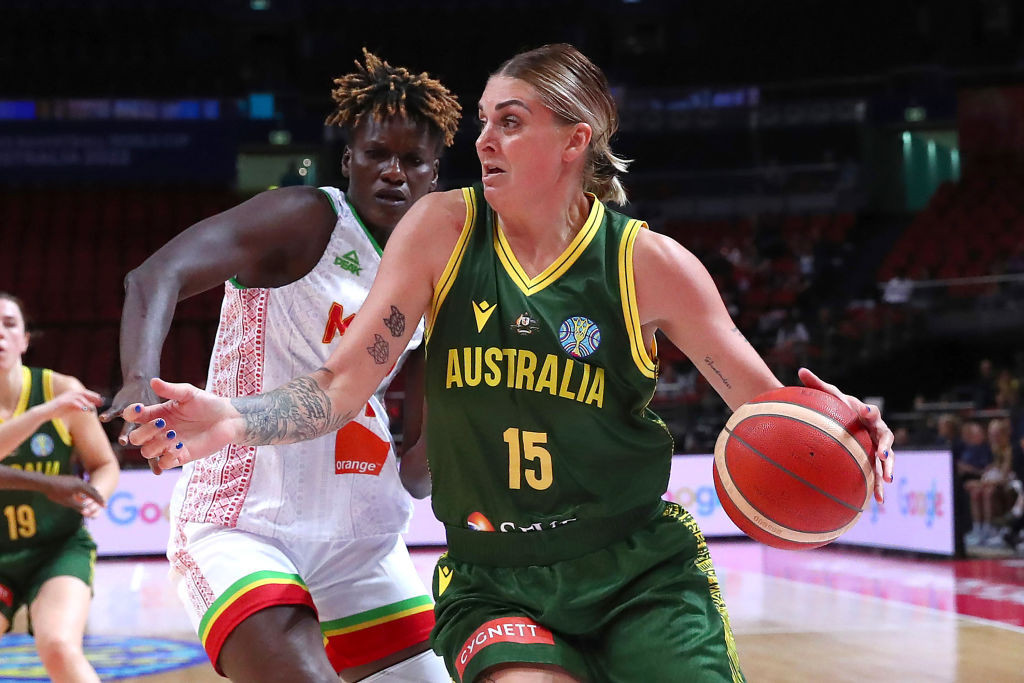 Hosts Australia, surprisingly beaten in their opening day match of the International Basketball Federation Women's World Cup in Sydney, got back into full normal working as they defeated Mali 118-58 in their second Group B match.

Silver medallists behind the United States when this event last took place in 2018, Australia - who lost 57-70 to sixth seeds France in their first game - were 23-12 ahead after the first quarter in the Sydney Super Dome and never looked back.

A crowd of 3,563 acclaimed a top-scoring performance of 15 by Ezi Magbegor, although Mali’s Djeneba N’Diaye matched that total.

France, meanwhile, had a dip as they were beaten 59-45 by fourth seeds Canada, for whom Nirra Fields top scored with 17, after which the Canadians topped Group B, where the other fixture of the day saw Serbia beat Japan 69-64.

The defending champions are not using the number 15 shirt that is normally worn by Brittney Griner, who remains imprisoned in Russia on charges of possessing drugs, and coach Cheryl Reeve says Griner will be in the team’s thoughts during their campaign.

But the United States are only second in Group A on points difference behind China, who followed up their opening 107-44 win over South Korea with a 98-51 victory against Bosnia and Hercegovina, with Han Zu, who plays for New York Liberty in the Women’s National Basketball Association, scoring 18 points.

The United States and Canada will meet tomorrow at the Sydney Super Dome in the most significant of the three scheduled Group A matches.