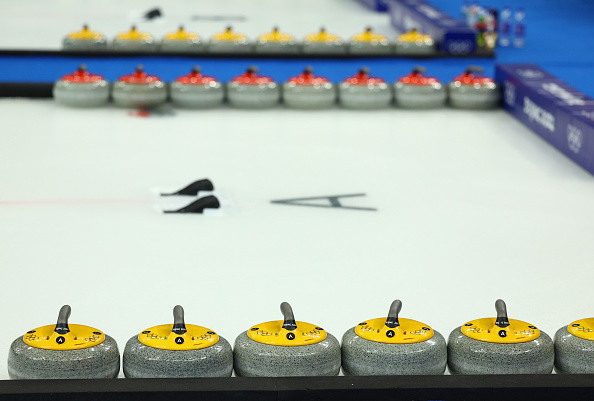 Spain and Hungary have replaced the Russian men's and women's teams in the European Curling Championships A-Division in Östersund after the World Curling Federation (WCF) Board decided to extend its ban on Russia and Belarus competing at its event to the end of the year.

The Board applied the new rule C1(b) which allows it to remove a team or National Federation from a WCF event if they were judged to "damage" or "put the safety of the participants of the good order of the event at risk".

This rule was approved at the Annual General Assembly in Lausanne earlier this month.

The extension of the ban means Russia and Belarus are now prevented from competing at all WCF competitions until December 31 2022.

"The Board are continually monitoring Member Association and athlete concerns relating to the conflict in Ukraine and reserve the right to revisit their decision if required," the WCF said in a statement.

In response to the decision of the WCF Board, the head of the Russian Curling Federation Dmitry Svishchev told the Sport Express newspaper that they would not appeal the verdict.

"We will not appeal this decision," said Svishchev.

"We are in constant contact with the International Federation, our representatives were at the last Congress.

"The federation is looking for an opportunity to admit our athletes. Now this issue is being worked out.

"Athletes are the most vulnerable, but it is useless to challenge this decision in court now.

"We are in a dialogue, our federation has not been removed, we participated in the election of a new President.

"We have retained the status of a member of the World Curling Federation."

Replacement teams for both Russia and Belarus are set to be determined by the next ranked team from the previous edition of the qualifying tournament.

If no qualifying competition was held, the replacement team is due to be determined by the world rankings.

Perm in Russia was stripped of hosting the European Curling Championships A-Division following the invasion of Ukraine.

The competition is scheduled to take place between November 19 and 26 at the Östersund Arena with the B-Division also taking place.