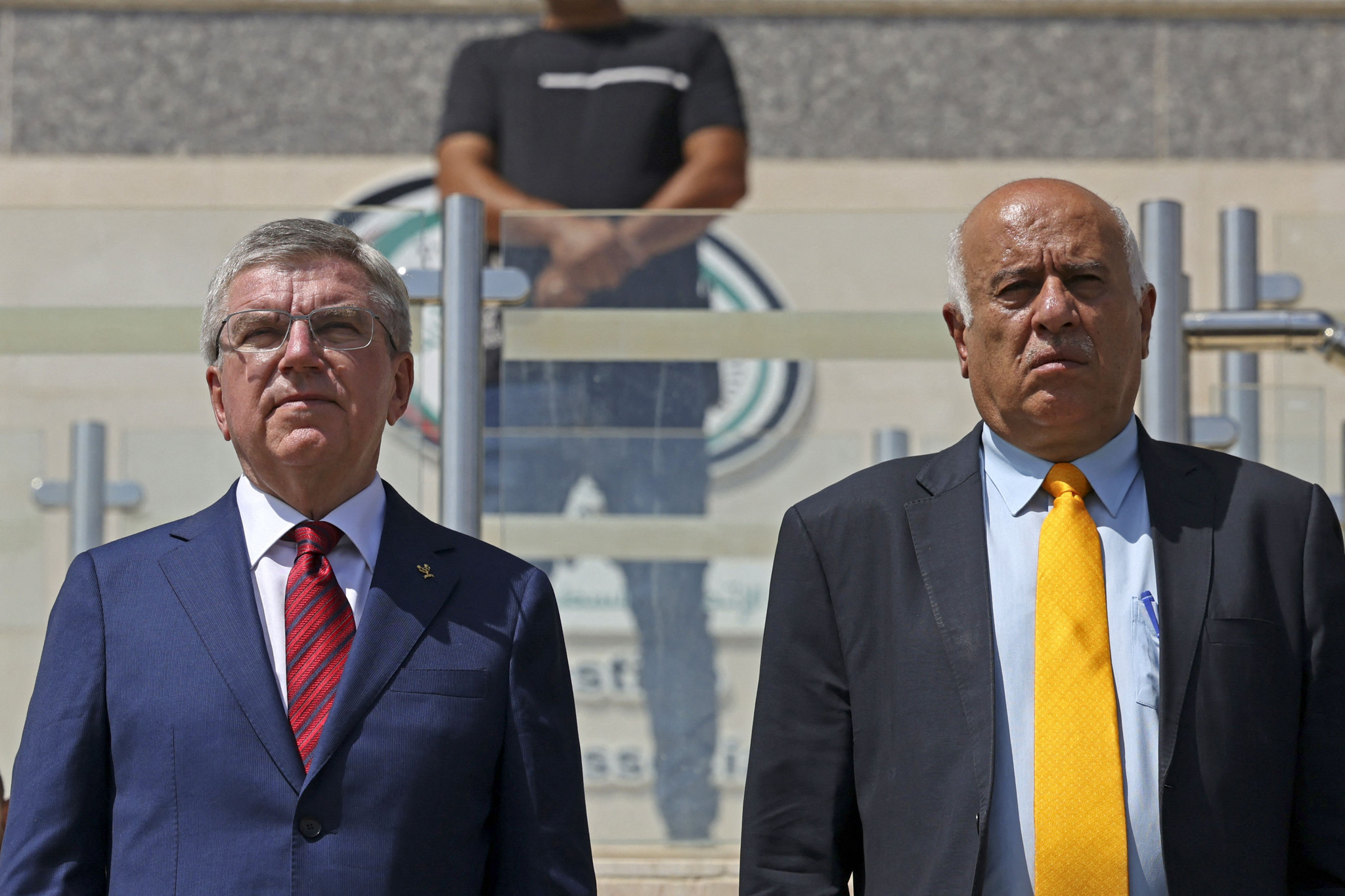 International Olympic Committee (IOC) President Thomas Bach has held a two-day visit to Palestine prior to his current stay in Israel and forthcoming trip to Jordan.

Bach also met with the Palestine National Council President Rouhi Fatouh during his visit, and visited the POC headquarters to meet with members of the Executive Board and National Federation leaders.

Palestinian news agency Wafa reported that Bach expressed his support for Rajoub's proposal to create an Olympic stadium in Palestine, and vowed that the IOC will continue to support the POC's efforts to prepare its athletes for the Paris 2024 Olympics.

Wafa also reported that Fatouh described Bach's visit as a reflection on "the international recognition that Palestine has achieved", and called on the IOC to stop Israeli sports activities on Palestinian territories.

Tensions are regularly high between Israel and Palestine, who have been engaged in a long-standing conflict.

Athletes have competed under Palestine's flag at every Summer Olympics since Atlanta 1996, while Israel has taken part in every summer edition of the Games since Helsinki 1952, apart from Moscow 1980.

Bach is making first visit to Israel as IOC President as a guest of honour at tomorrow's state ceremony to commemorate the 50th anniversary of the Munich Massacre at the 1972 Olympics, which led to the death of six Israeli coaches, five Israeli athletes and one West German police officer.

He is then due to travel on to Jordan for his first visit to the country, with a series of meetings planned.