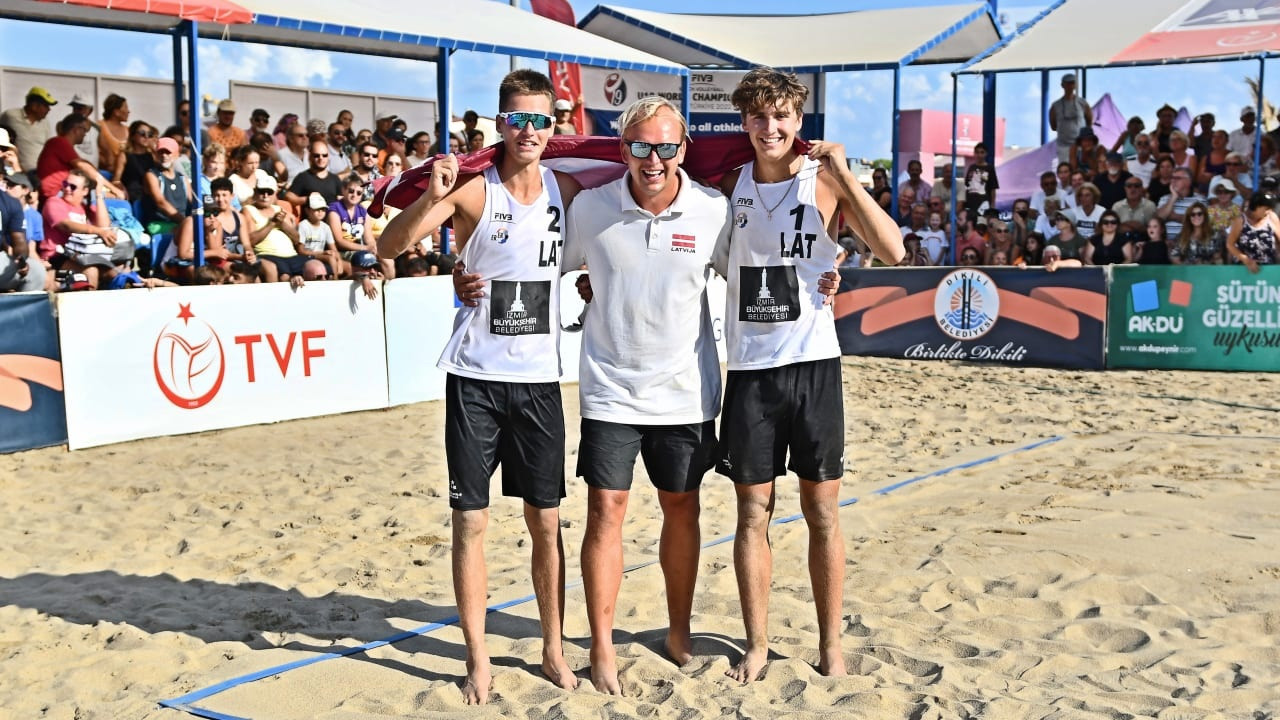 The 17-year-old pairing proved too strong for their fellow countrymen, triumphing 21-16, 21-17 in Izmir.

The victory came just two weeks after Fokerots and Auziņš were crowned European under-18 champions.

They also made history for Latvia in Izmir as their triumph ensured their country’s first-ever gold in the 20-year history of the tournament having previously earned bronzes in 2004 and 2016.

Defending champions Arthur Canet and Teo Rotar of France had to settle for bronze after defeating Italians Andrea Armellini and Raoul Acerbi 21-16, 22-20.

Yeva Serdiuk and Daria Romaniuk of Ukraine emerged victorious in the women’s event as they saw off Myriah Massey and Ashley Pater of the United States 21-17, 21-18 in the final to clinch gold.

Canadians Ruby Sorra and Emma Glagau completed the podium when they claimed a comprehensive 21-10, 21-16 victory over Sophie Kubiak and Bailey Showalter of the US in the bronze-medal match.