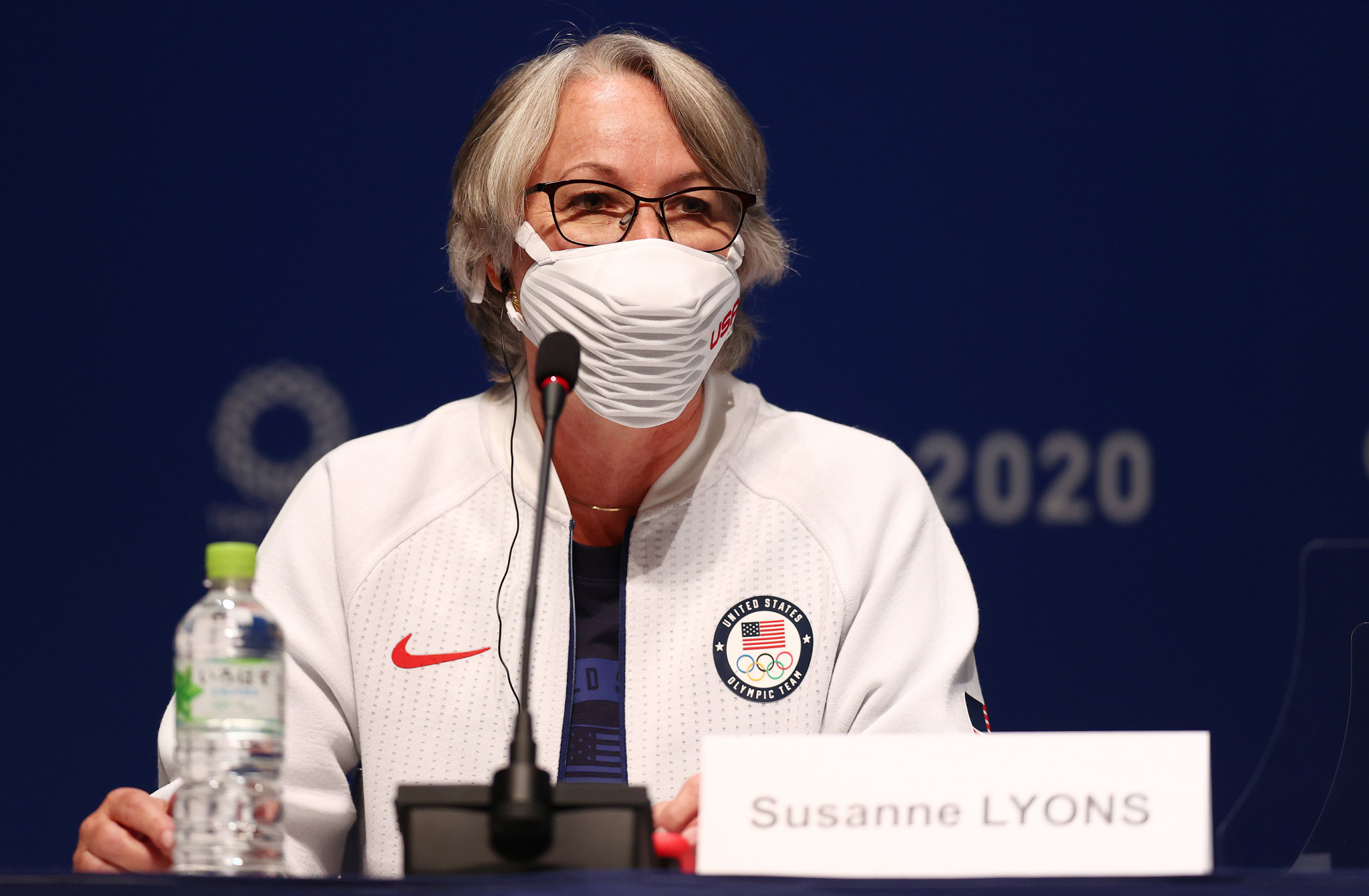 Athletes from Russia and its military ally Belarus have largely been barred from international sport, as recommended by the IOC, in response to the invasion of Ukraine.

The IOC also told International Federations (IFs) to move any events from the two countries.

More than six months later, the war in Ukraine rages on and has claimed the lives more than 5,800 civilians, according to the United Nations.

Lyons, who chairs the USOPC Board of Directors, said today however that a route for Russian athletes to return to international competition was being explored.

"This Olympic Movement is really built on the notion that athletes from around the world should be able to come together in peace and be able to compete with respect, equality and friendship," Lyons said.

"We very much espoused that.

"That is really the foundational reason why we have all these athletes doing what they do.

"We know that the IOC is beginning to think about whether there is a pathway back for the Russian athletes.

"They are beginning to reach out to all their stakeholders, including the NOCs, the International Federations, to get input on that topic, so I don't think any decisions have been made yet.

"But I think all of us feel at some point in time the individual athletes should not be the victims of whatever their individual Governments, political or other tensions are around the world.

"So, I think inevitably there will be a desire to see athletes, who happen to reside in Russia, come back and be part of competition.

"What the timing is and what the pathway looks like is to be determined."

The IOC told insidethegames in a statement that its guidelines for IFs to bar Russian and Belarusian athletes from events "remain in place for the time being", but that it wants to "emphasise the role of sport as a unifying factor in today’s much-divided world".

When it first issued the advice of no participation of Russian and Belarusian athletes and officials in international events, the IOC also stripped Russian President Vladimir Putin of the Olympic Order because the invasion of Ukraine broke the Olympic Truce.

"The Olympic Movement is united in its mission to bring the athletes from all National Olympic Committees and member federations of the International Federations together in peaceful competition," the IOC said today.

"We have to protect and safeguard the autonomy of the sports movement.

"This situation prevents us from living up to our mission to unite the world in peaceful competition.

"Therefore, the IOC recommendations to the International Federations regarding the participation of Russian and Belarusian athletes in competitions remain in place for the time being.

"At the same time, the IOC will strengthen its efforts to explain the dilemma we are in and will emphasise the role of sport as a unifying factor in today’s much-divided world."

The US has taken one of the most hardline stances against Russia's invasion of Ukraine, imposing rigorous economic sanctions and supplying Ukraine with both weapons and aid.

However, Russian and Belarusian tennis players were able to compete at the US Open this month, with organisers following the stances of the International Tennis Federation (ITF), Women's Tennis Association (WTA) and Association of Tennis Professionals (ATP).

The IFT, WTA and ATP have all banned the flags and national symbols of Belarus and Russia, but not individual athletes from the countries who can still compete as neutrals.

When another Grand Slam, Wimbledon, banned Russians and Belarusians outright, it was stripped of its ranking points by the ITF, WTA and ATP.