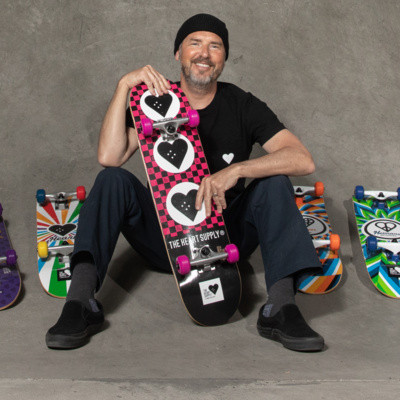 USA Skateboarding (USAS) has appointed Johnny Schillereff, who has more than 30 years business experience in the sport, as its new chief executive and President.

He will take over an organisation that is facing the threat of being decertified by the United States Olympic and Paralympic Committee (USOPC) following insidethegames' exclusive story that an audit conducted by the USOPC ruled that USAS was "deficient" in 28 of the 48 areas investigated.

The fallout from the scandal has seen Gary Ream, head of the World Skate Skateboarding Technical Commission, resign as chair of USAS.

In the wake of the USOPC report, most of the USAS Board also resigned and were followed by support staff, including high-performance director Mimi Knoop, men's head coach Andrew Nicolaus, and women's head coach and 2020 Olympian Alexis Sablone.

USAS claimed that the decision to appoint Schillereff, the founder and President of Element Skateboards, was unanimous.

"His dedication and strong relationships within skateboarding enable him to solve complex issues and build collaborative partnerships.

"We appreciate his lifetime of achievements and contributions to the skateboarding community.

"We are confident he will continue his successful track record as CEO and President of USA Skateboarding."

Schillereff sold Element Skateboards, the company he founded in 1992, in the early 2000s and remained at the brand's helm for over two decades.

Along with creating Element, Schillereff has advised action sports companies, assembled skateboard teams, and employed and nurtured thousands of skateboarders and enthusiasts worldwide, it is claimed.

Most recently, Schillereff established The Heart Supply, a philanthropic skateboard company with the mission to grow awareness and give back to the skateboard community.

"I am thrilled to be the CEO of USA Skateboarding and consider this role the most honourable and impactful position I've held to date," Schillereff, who has been skateboarding since the age of four, said.

"I am grateful to everyone who contributed to skateboarding being in the Olympics.

"I am committed to working in the best interest of USA Skateboarding and the United States Olympic and Paralympic Committee.

"My priority is to reach the goals of Team USA while protecting their rights and overall well-being.

"I embrace the challenge and look forward to collaborating with our athletes and the skateboard community."

Neftalie Williams, who sits on the USAS Nomination and Governance Committee and is chair of its Diversity, Equity and Inclusion Committee, revealed that Schillereff has concluded his daily obligations to The Heart Supply and will commence this position effective immediately.

"Johnny Schillereff brings decades of experience to USA Skateboarding, grounded in a love of the culture," Williams said.

"He has the capacity to improve the structure of the organisation and the empathy needed to create a stable, transparent, safe environment for the athletes.

"He is also eager to develop new partnerships that improve skateboarding's growth among new and diverse audiences.

"Finally, he recognises that the position requires him to serve and converse with local, national, and global skateboarding communities and make decisions that advocate for the health and well-being of all skateboarders.

"We look forward to supporting Johnny as he delivers his vision to strengthen and transform USA Skateboarding."