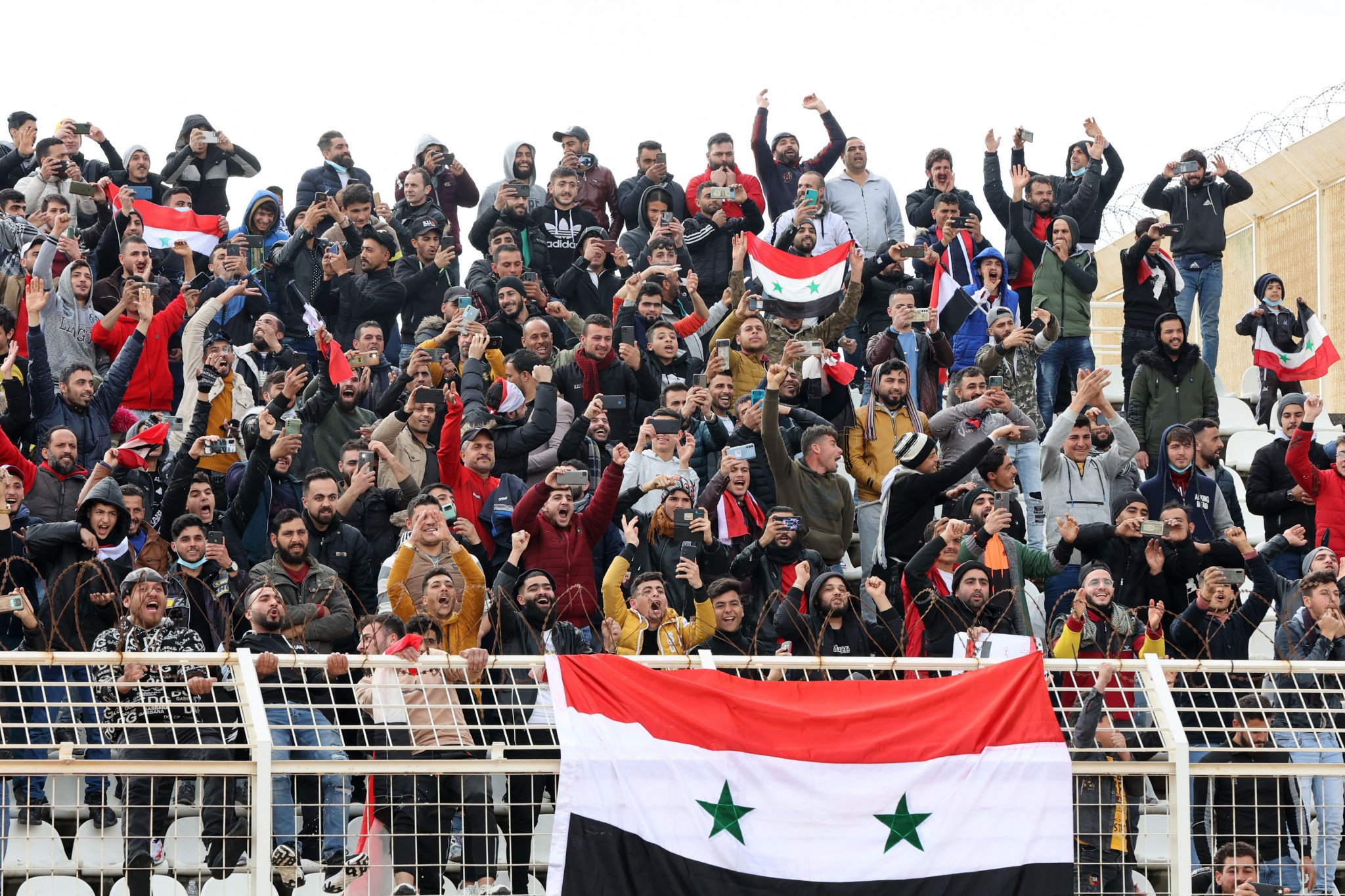 FIFA and the Asian Football Confederation (AFC) are to send a delegation to Syria to conduct a security assessment, in the hope international friendly matches can be played in the country, but the AFC has been forced to move age-group qualifiers from neighbouring Iraq.

Home international matches have not been played in Syria the outbreak of civil war in March 2011, with the last senior men's international taking place in Damascus in December 2010, when the hosts lost 1-0 to Iraq in a friendly at the Abbasyn Stadium.

Since then, Syria's home matches have been played in Kuwait, Jordan, the United Arab Emirates and Qatar.

FIFA has vowed to continue working with authorities including the United Nations in an attempt to have its development programmes fully implemented in Syria.

It will also send the joint delegation along with the AFC to conduct a security assessment.

It was due to be held in Basra, but Football Australia withdrew its team on August 25 over security fears and citing the travel advice of the Australian Government.

Australia's under-20s have been reinstated in the group, with a new host yet to be determined by the AFC.

India and Kuwait are in the group alongside Australia and Iraq.

The winner will qualify for the 2023 Under-20 Asian Cup in Uzbekistan.

Iraq has been stuck in a political deadlock over forming a coalition Government for more than 10 months now, with fears it could lead to an escalation in violence.

Citing the "volatile security environment and the ongoing threat of kidnappings", Australia's Government has advised citizens to leave the country as soon as possible and not travel.