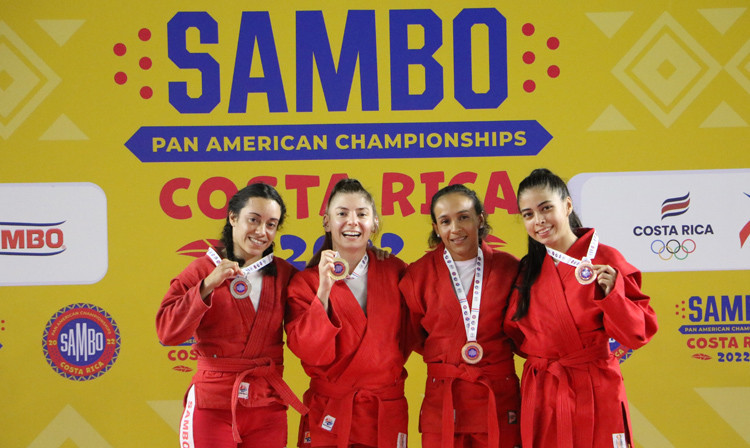 Mexico has ended the Pan American Sambo Championships with eight gold medals to top the table, finishing in front of the hosts Costa Rica in Alajuela.

The nation added three more titles on the last to its tally, as Costa Rica and the Dominican Republic followed at the Montserrat Sports Complex.

One of these went to Martha Rodriguez in the women's under-54 kilograms category, with another added thanks to Raul Vazquez in the men's under-79kg.

Vazquez defeated Christian Artola from Nicaragua in that final, with the pair being joined on the podium by bronze medallists Herminio Mora of Costa Rica and Jefrey Doy from Dominican Republic.

The third gold went to Uziel Natanael Estrada in the men's combat under-58kg, after beating Torin MacFadyen from Canada.

Costa Rica did claim the most titles today with four, for a total of six overall at the Championships.

The other golds came in women's combat disciplines, with Reina Cordoba beating the United States' Karaline Figard in the under-59kg final as Michelle Zavala of Mexico claimed bronze.

Jessica Perez also won gold in the under-50kg with a win over Eustolia Lara of Mexico.

Dominican Republic won three more gold medals on the final day to finish third on the medal table with five titles, assisted by Maria Pena in the women's under-72kg and Audrey Puello in the women's over-80kg.

Pena won the gold against Nancy Hernandez from Mexico, as the nation's third title was won by Edgar Jaquez in the men's combat under-88kg, with a victory over Everton Bespalez of Brazil.

The United States added three golds from yesterday's one as well - the first of these going to Taylor Weber in the men's under-64kg with victory over Pedro Bryan Flores from Mexico.

Brett Pastore gave the Americans a third gold in the men's combat under-71kg with a final victory over Bruno Vilanova from Uruguay.

The only other gold medal awarded today was to Jorge Miselem of Honduras in the men's combat over-98kg final against American Jose Hernandez.

Trinidad & Tobago's Idrees Ascevero and Andres Molina of Panama were the bronze medallists.