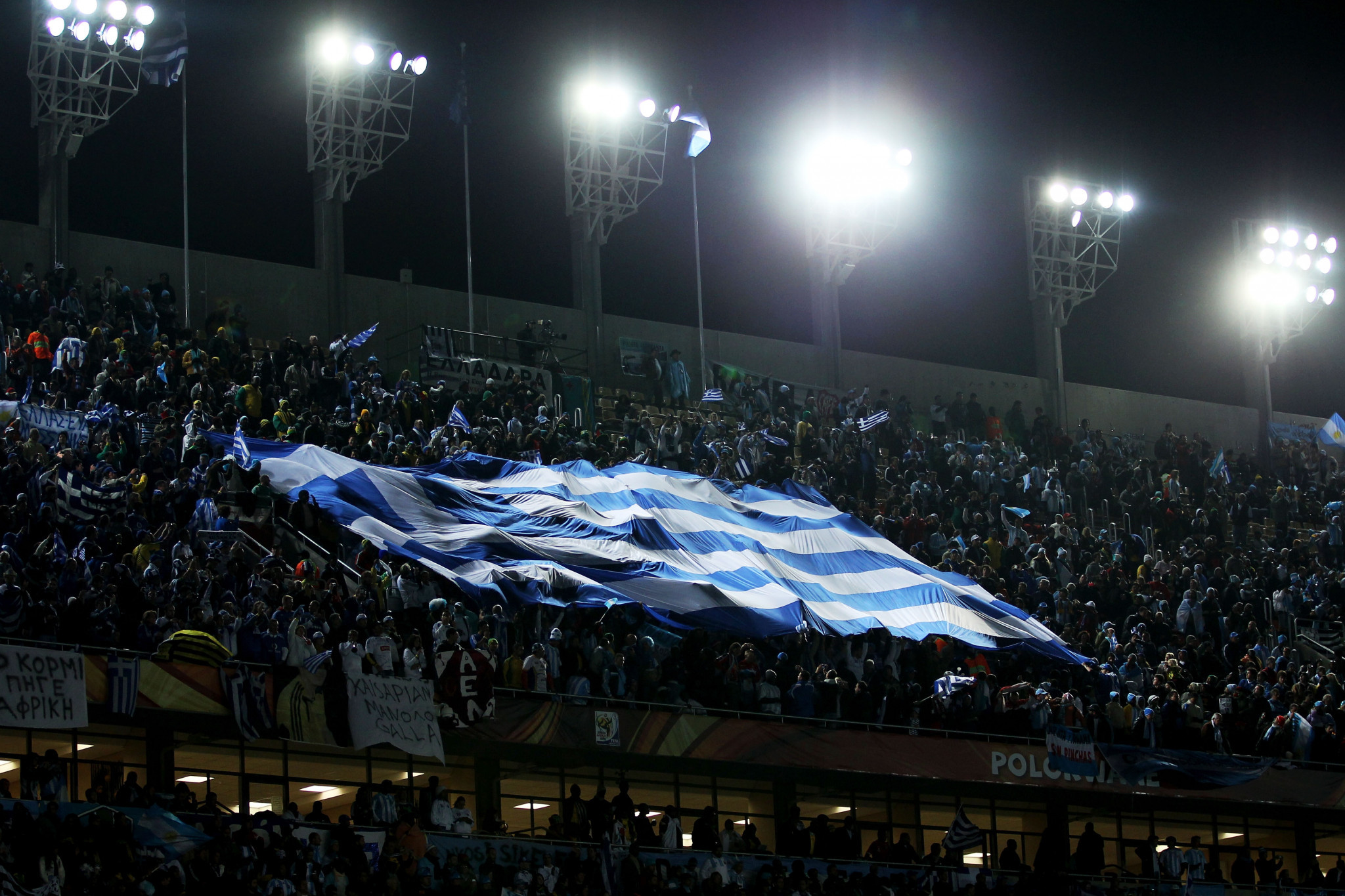 FIFA President Gianni Infantino has again met the head of the Hellenic Football Federation (EPO) Panagiotis Baltakos in Paris to discuss what the global governing body described as "continued cooperation between the two organisations".

The subject of Greek football was also on the agenda for the gathering.

Lawyer Baltakos was elected as EPO President in June of this year, and also met Infantino in Paris in July.

Greece were surprise European champions in men's football in 2004 and reached the knockout rounds of the World Cup 10 years later, but have struggled on the pitch in recent years, failing to qualify for four consecutive major tournaments.

The exchanges between Baltakos and Infantino come amid expectation Greece will launch a joint bid to stage the men's 2030 FIFA World Cup with Egypt and Saudi Arabia, in a proposal encompassing football's European, African and Asian confederations.

None of the three countries have previously staged the World Cup, although Greece held the Olympic and Paralympic Games in its capital Athens in 2004.

Football matches were played throughout Greece at the Athens 2004 Olympics, although the FIFA World Cup would feature a significantly higher number of matches, particularly since FIFA has expanded its flagship tournament from 32 to 48 teams under Infantino's watch, effective from 2026.

The 2002 World Cup in South Korea and Japan is the only previous edition of the tournament held in more than one country, but the expansion of the competition appears to have brought multi-nation bids to the fore.

The 2026 edition is due to be held in Canada, Mexico and the United States, while a South American bid incorporating Argentina, Chile, Paraguay and Uruguay has already launched for 2030, and is rivalled by a project involving Spain and Portugal.

The Egyptian, Greek and Saudi bid - confirmed as in the works by Egypt's Sports Minister - would not be without controversy.

The Times has reported that this bid would be Saudi-led, and require matches to be played in the northern hemisphere's winter months due to the heat, a move set to happen for the first time at this year's World Cup in Qatar.

Critics of the Crown Prince Mohammed bin Salman Al Saud regime in Saudi Arabia have accuse the country of sportswashing and seeking to distract from its record on human rights, including the state-ordered assassination of journalist Jamal Khashoggi, its role in the bombing in Yemen, harsh restrictions in place on women's rights and its use of the death penalty.

However, Saudi Arabia is pressing ahead with bids for major sporting events, with its capital Riyadh already awarded the 2034 Asian Games, next year's World Combat Games and the 2025 Asian Indoor and Martial Arts Games.

Saudi Arabia has also proved a destination of note for numerous professional boxing fights, is a Formula 1 Grand Prix host and has carved out influence within esports.

It is bidding for the 2029 Asian Winter Games in Trojena, a ski resort falling under the Neom construction project that has not yet been built, and in the field of football for 2027 Asian Cup and 2026 Women's Asian Cup.

The Crown Prince appears to enjoy a friendly relationship with Swiss official Infantino, who is also a member of the International Olympic Committee.

The pair watched Ukrainian Oleksandr Usyk defend his heavyweight boxing world titles against Briton Anthony Joshua in Jeddah last month, and were joined by Russian President Vladimir Putin at the opening match of the 2018 World Cup between the host nation and Saudi Arabia.

It was the Saudi Arabian Football Federation which formally proposed exploring the possibility for FIFA to stage its men's and Women's World Cups every two years rather than every four in May 2021, although this idea has lost momentum in light of stiff European and South American opposition, and Infantino distanced himself from the proposal at this year's Congress.

Hosting a World Cup remains on Saudi Arabia's radar, despite suggestions of a joint bid with Italy being hampered by the European nation shifting its focus to the 2032 European Championship.

Egypt previously bid for the 2010 World Cup but lost to South Africa.

Infantino is set to seek re-election for a third term as FIFA President at next year's Congress in Rwanda.