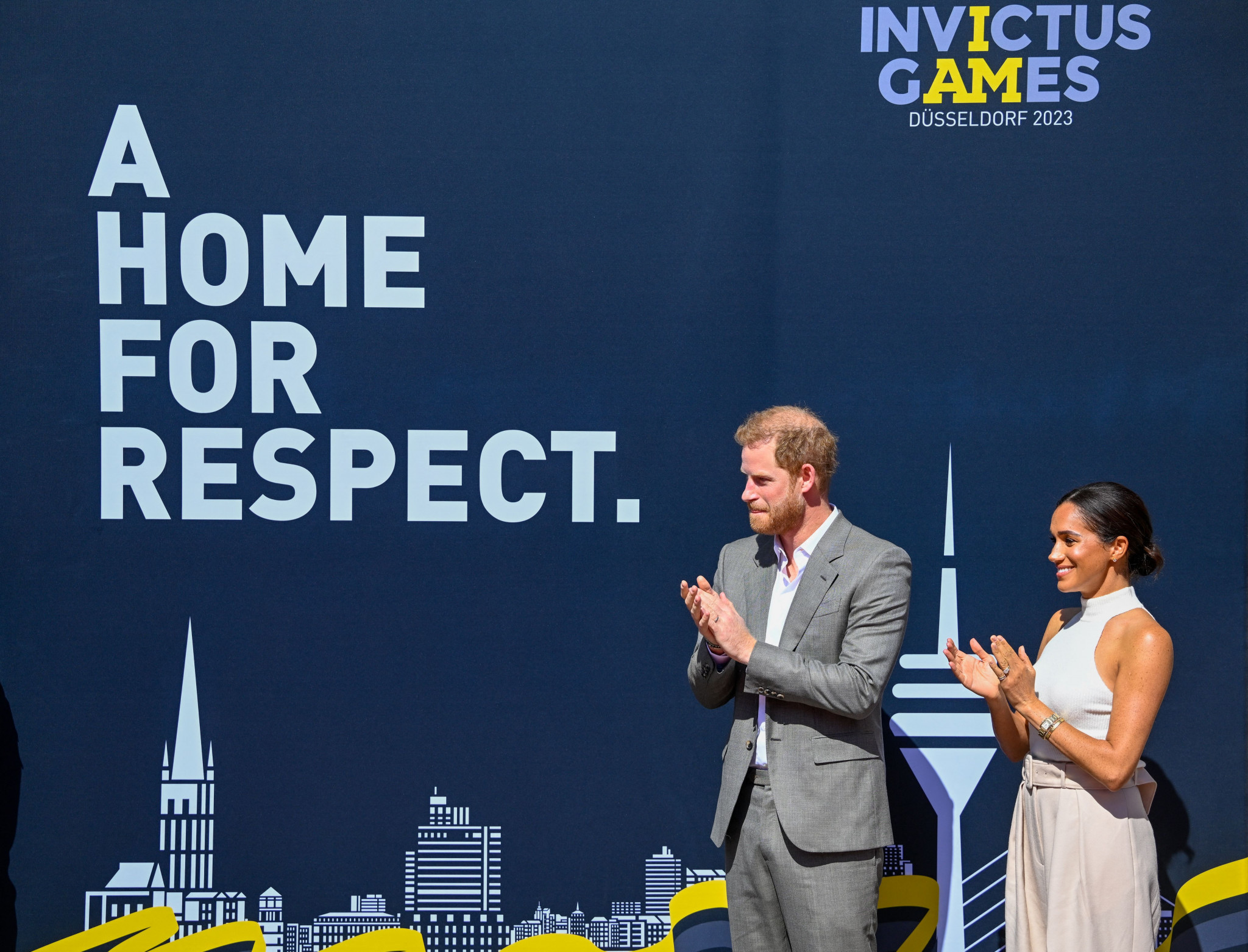 Invictus Games founder Prince Harry and his wife Meghan have began one-year-to-go celebrations for the 2023 Invictus Games by unveiling the event's motto 'A Home for Respect' in the host city of Düsseldorf.

Prince Harry founded the Invictus Games in 2014 for wounded military personnel, with Düsseldorf in Germany set to be its sixth edition.

Next year's Games are due to run from September 9 to 16, and the Duke and Duchess of Sussex have travelled to Düsseldorf for the celebrations.

They were joined by former competitors Steffi Schenke - along with her service dog Loki - and Lorraine Grosse-Fintrop in unveiling the 'A Home for Respect' motto at Market Square.

This is said to allude to the new perspective on the significance of armed forces personnel that the Invictus Games will herald across Germany and the wider Invictus community.

The duo, members of the British royal family, then signed the Golden Book of the City of Düsseldorf at City Hall, before joining potential competitors and volunteers, as well as their friends and family, on a boat trip to the Merkur Spiel-Arena.

Prince Harry explained that the Invictus Games aimed to respect the work of military personnel.

"At its core, Invictus is about meeting our military men and women with the respect they deserve," he said.

"It's about assembling not just a platform but a home - a safe and supportive place to show the world who they are and what lives in their hearts."

Keller argued that the city was well placed to stage next year's Games.

"In one of the largest federal states, Düsseldorf as the state capital fully supports the statement that commitment deserves respect - for all who serve in uniform.

"With our excellent infrastructure and the Merkur Spiel-Arena,

"Düsseldorf is well equipped to offer a unique experience to more than 500 competitors and their families."

The Hague held the fifth edition of the Invictus Games last year, after they were delayed from 2020 due to the COVID-19 pandemic.