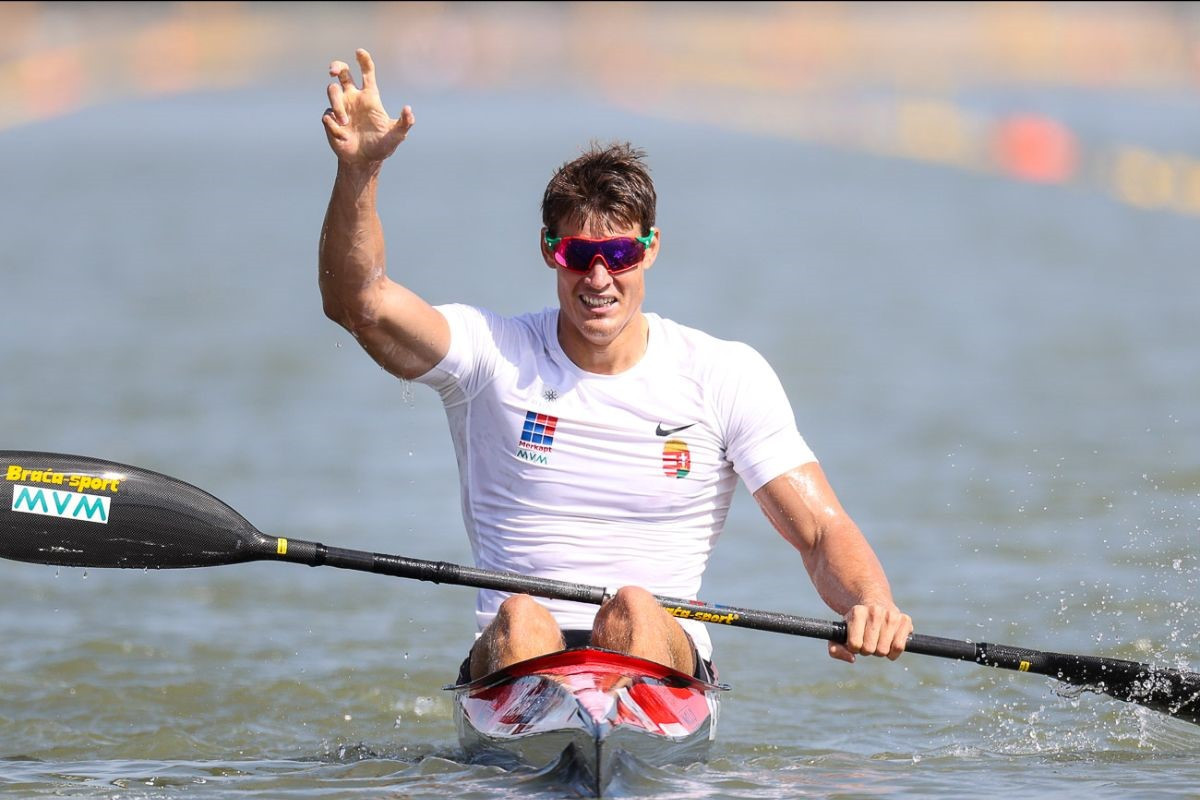 Hungary's Ádám Varga claimed victory against Olympic gold medallist Tom Green from Australia in the men's K1 500 metres and 1,000m finals on home water at the Junior and Under-23 Canoe Sprint World Championships.

Competition concluded in Szeged today, with Hungary top of the medals table.

Varga, who finished runner-up in the K1 1,000m final at Tokyo 2020, defeated Olympic K2 champion Green over the same distance in the under-23 race in Szeged.

Varga was not outdone by the Australian in the men's K4 500m either, with Hungary finishing second behind a Polish quartet who won the race in 1:19.38.

At the end of the under-23 competition, Hungary had won nine gold medals, four silver and four bronze to top the standings in front of Poland and Spain.

The hosts were clear at the top of the overall medals table in Szeged too, claiming a total of 39 podium positions.

The women's team replicated that performance in their K4 500m final, winning in a time of 1:34.47 to hold off Germany and Poland.

Agnes Anna Kiss and Csepke Molnar won the women's C2 500m in 2:00.30, beating Germany and Canada to the line by more than two seconds.

Botond Szakacs and Peter Samu added another win in the junior men's K2 1,000m and were joined on the podium by Italy and the Czech Republic.

Junior competition is open to athletes aged 18 and younger.