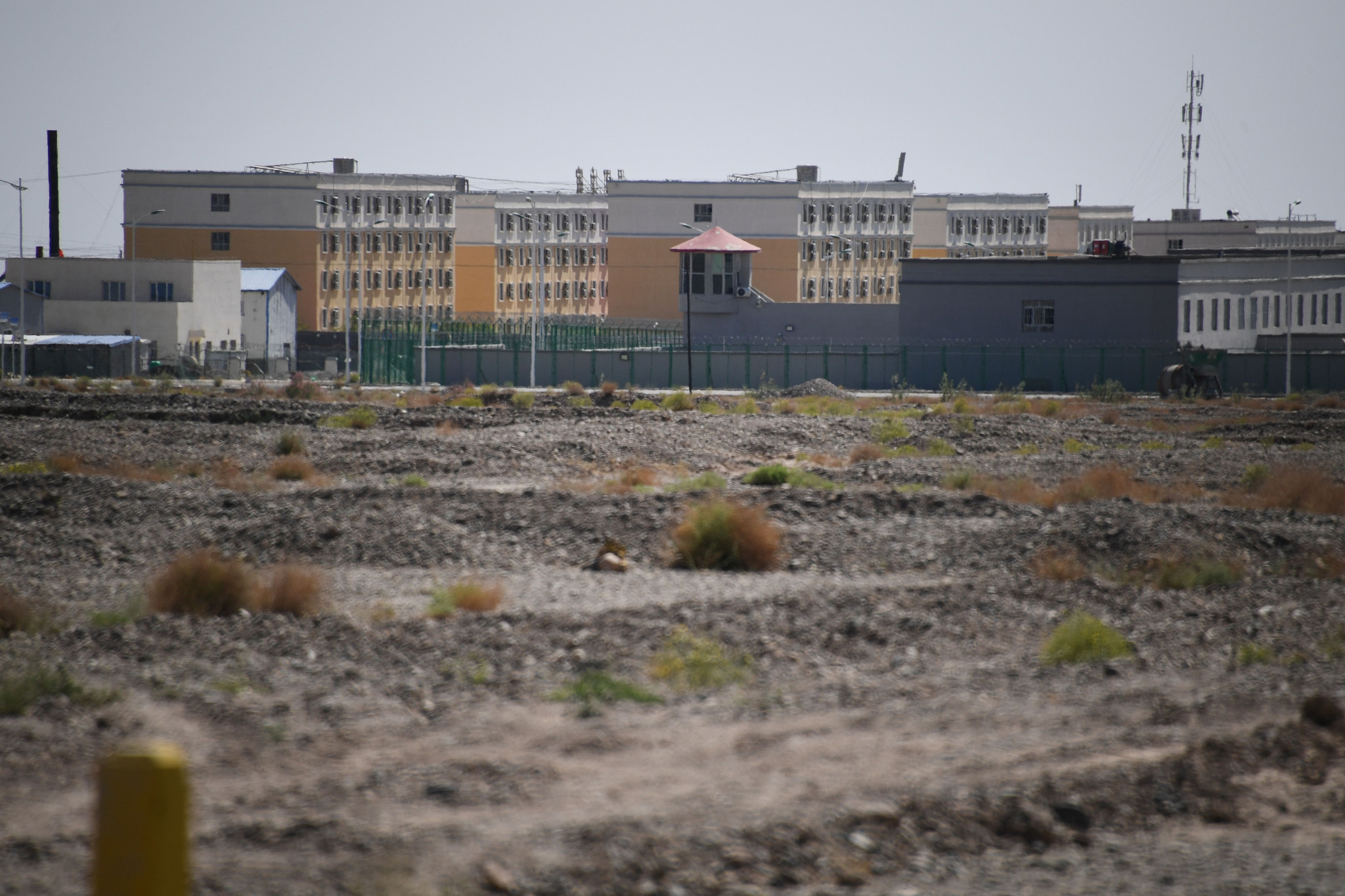 The United Nations (UN) has found that "serious human rights violations have been committed" in the Xinjiang region of China against Uyghur Muslims and other ethnic minorities.

Concerns over China's treatment of Uyghur Muslims in Xinjiang, and its record in Tibet and Hong Kong, featured prominently in the build-up to the Beijing 2022 Winter Olympics and Paralympics, and sparked a diplomatic boycott from Western nations including the United States, Australia, Britain and Canada.

China faced accusations of using forced Uyghur labour, operating a mass surveillance programme, detaining more than one million people in internment camps, carrying out forced sterilisations and intentionally destroying Uyghur heritage in the region, but Beijing has consistently denied the charges laid against it and claimed the camps are training centres designed to stamp out Islamist extremism and separatism.

However, a 46-page report by the UN's outgoing High Commissioner for Human Rights Michelle Bachelet has found that allegations of "patterns of torture or ill-treatment, including forced medical treatment and adverse conditions of detention" and "individual incidents of sexual and gender-based violence" are "credible".

The IOC said it has "taken note" of the report, but insisted that "all obligations in the Host City contract were met" for Beijing 2022.

The report condemned the "anti-terrorism law system" implemented by China as "deeply problematic".

"It contains vague, broad and open-ended concepts that leave wide discretion to officials to interpret and apply broad investigative, preventive and coercive powers, in a context of limited safeguards and scant independent oversight," the report argues.

"This framework, which is vulnerable to discriminatory application, has in practice led to the large-scale arbitrary deprivation of liberty of members of Uyghur and other predominantly Muslim communities in XUAR [Xinjiang Uygur Autonomous Region] in so-called VETC [Vocational Education and Training Centre] and other facilities, at least between 2017 and 2019.

"Even if the VETC system has since been reduced in scope or wound up, as the Government has claimed, the laws and policies that underpin it remain in place."

The Office of the High Commissioner for Human Rights said it was "not in a position to confirm" Chinese Government's indications that VETC facilities have been closed due to a lack of relevant information.

The report also found that Uyghurs and other predominantly Muslim minorities have faced "far-reaching, arbitrary and discriminatory restrictions on human rights and fundamental freedoms", including "undue restrictions on religious identity and expression, as well as the rights to privacy and movement".

"Serious indications of violations of reproductive rights through the coercive and discriminatory enforcement of family planning and birth control policies" were also reported by the UN.

It suggested that the discriminatory detention of Uyghurs and other minorities in Xinjiang, together with a general restriction on individual and collective rights, "may constitute international crimes, in particular crimes against humanity".

It urged that Chinese Government, UN intergovernmental bodies and human rights system and the international community to provide "urgent attention" to the human rights situation in Xinjiang.

Thirteen recommendations have been provided to the Chinese Government, including taking "prompt steps to release all individuals arbitrarily deprived of their liberty" in Xinjiang, a "full review of the legal framework governing national security, counter-terrorism and minority rights", and the repealing of "all discriminatory laws, policies and practices against Uyghur and other predominantly Muslim minorities".

Critics including American politicians have accused China of committing "genocide" - intentionally destroying in whole or in part a national, ethnical, racial or religious group - but the UN report did not use this word.

The publication of the report marked the final day of Bachelet's four-year term.

The Chilean official travelled to China in May, marking the first time that the UN's High Commissioner for Human Right had visited the country since 2005.

Beijing had opposed the release of the report, claiming that it represents a "stunt orchestrated by the US and a handful of other Western countries".

It rejected the report's findings, claiming that it had "smeared and slandered China", and describing it as a "politicised document that ignores the facts, and fully exposes the intention of the US, Western countries and anti-China forces to use human rights as a political tool", as reported by the BBC.

Human rights groups had criticised Bachelet for postponing the release of the report until after Beijing 2022.

The IOC faced criticism for awarding the Winter Olympics and Paralympics to Beijing, but rebuffed calls to move the Games from China in the build-up, and insisted that the organisation remains neutral on political issues.

The issue came to the fore during a press conference at the Winter Olympics, when Beijing 2022 spokesperson Yan Jiarong dismissed claims of human rights violations in Xinjiang as "lies".

"In relation to the Olympic Winter Games Beijing 2022, which fall within our remit, the IOC worked together with the Organising Committee to ensure that all the obligations in the Host City contract were met."

In May, the IOC released an update in which it said it is "progressing further in the establishment of a Human Rights Strategic Framework", which is set to be finalised this month.