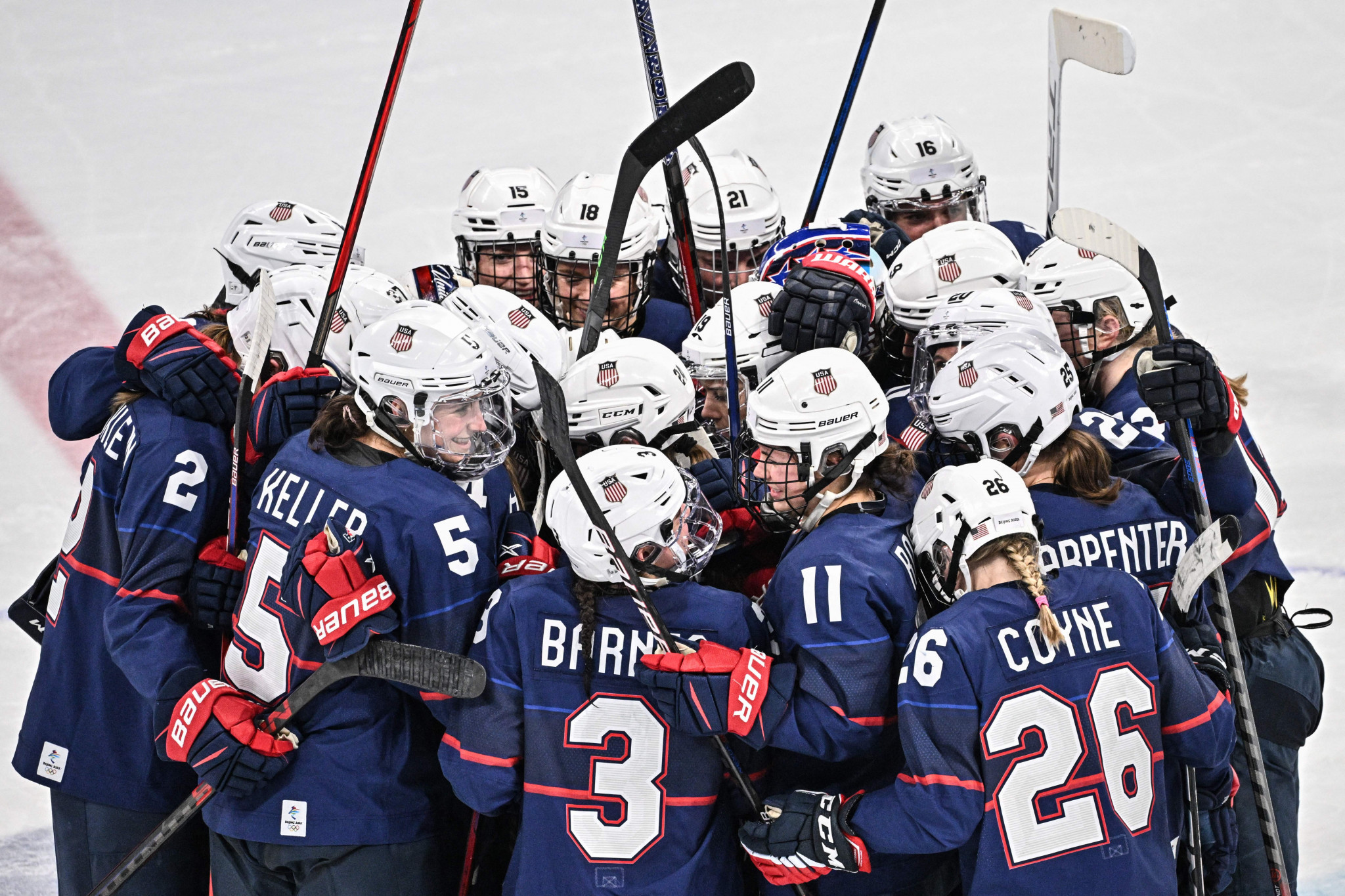 Taylor Heise got a double at the end of the first period, following on goals from team-mates Abby Roque and Hannah Bilka at the KVIK Hockey Arena in Herning.

Hilary Knight made it five in the second period, before four more came in the last 20 minutes.

Knight managed to score a second, while Savannah Harmon, Cayla Barnes and Grace Zumwinkle also got on the scoresheet.

Finland turned up the pressure in the third period to defeat Japan 9-3 in Herning too.

Sofianna Sundelin and Susanna Tapani cancelled out a Japanese equaliser from Akane Shiga to take a slender lead; and Viivi Vainikka and Elisa Holopainen made it 4-1 for Finland.

Shiga got another back for Japan, but Vainikka and Petra Nieminen extended the Finns' lead to four.

Nelli Laitinen, Holopainen and Sini Karjalainen got the Finns to nine goals, with Aoi Shiga scoring a consolation for Japan at the end of the third period.

Czech Republic defeated Germany 6-0 in Group B at the Scanel Hockey Arena in Frederikshavn, with opening-period goals from Adela Sapovalivova and Natalie Mlynkova.

Sweden managed to win in a shootout against Hungary after drawing 2-2 after overtime.

Mira Jungaker opened the scoring for Sweden before Emma Kreisz got the equaliser at the end of the first.

Linnea Johansson's second-period shot was undone in the final period by Franciska Kiss-Simon with 12 minutes to go, leading to overtime.

With no goals scored, it came down to Hanna OIsson to score the winner in the shootout.