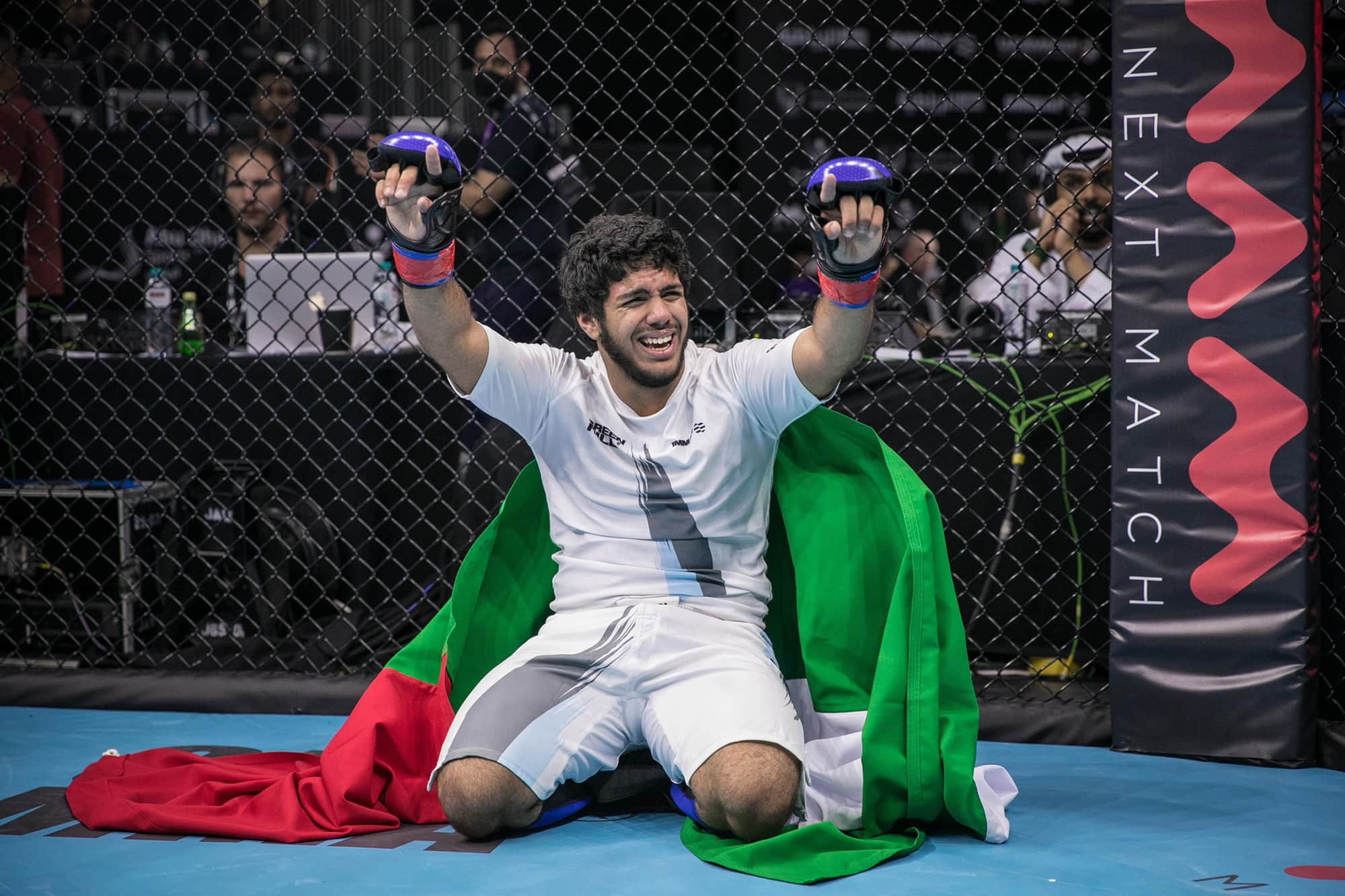 The United Arab Emirates (UAE) and Saudi Arabia won historic gold medals for their nations at the 2022 International Mixed Martial Arts Federation (IMMAF) Youth World Championships, but the competition was not without its controversy as a Lebanese fighter withdrew after being drawn against an Israeli opponent.

It is not the first time that an athlete from an Arab nation has dropped out of a sporting competition to avoid facing an Israeli opponent, stances that have been taken in protest at Israel's occupation of Palestinian land and the fact that numerous Arab countries do not recognise Israel.

Meanwhile Algerian judoka Fethi Nourine withdrew from the Tokyo 2020 Olympics to avoid the possibility of facing Tohar Butbul of Israel.

Nourine and coach Amar Benikhlef were subsequently banned for 10 years by the International Judo Federation.

Meanwhile, in the cage in Abu Dhabi, Jasem Al Hosani of the UAE and Abdulelah Meeraleam of Saudi Arabia created history after leading their countries to their first golds at an IMMAF event.

Ukraine enjoyed a flurry of success in the events for competitors between the ages of 12 and 13, with Oleksii Bolbochan and Polina Kovyrnova being among the medallists.

The pair had secured back-to-back titles.

The US @Fightleague's Joy Sheppard claimed the gold medal in today's Youth B 62kg class ??

Joy is a Navajo Native American, who started 2 small businesses to fund the trip to the #2022MMAYouthWorlds after winning the USFL National Championship. pic.twitter.com/1Fms34KBvH

Joy Sheppard of the United States was one of five new world champions between the ages of 14 and 15.

Athletes to seal titles in the divisions for those between 16 and 17-years-old were Ukrainian duo Mariia Klein and Ioanna Skuba, Abigail Alvarez of the United States and Kazakhstan’s Chingiz Zhussupov.

Klein’s and Alvarez’s triumphs were their second successive gold medals.

Ukraine and Ubekistan were the biggest winners on the final day when the eldest age group were once again the main focus.