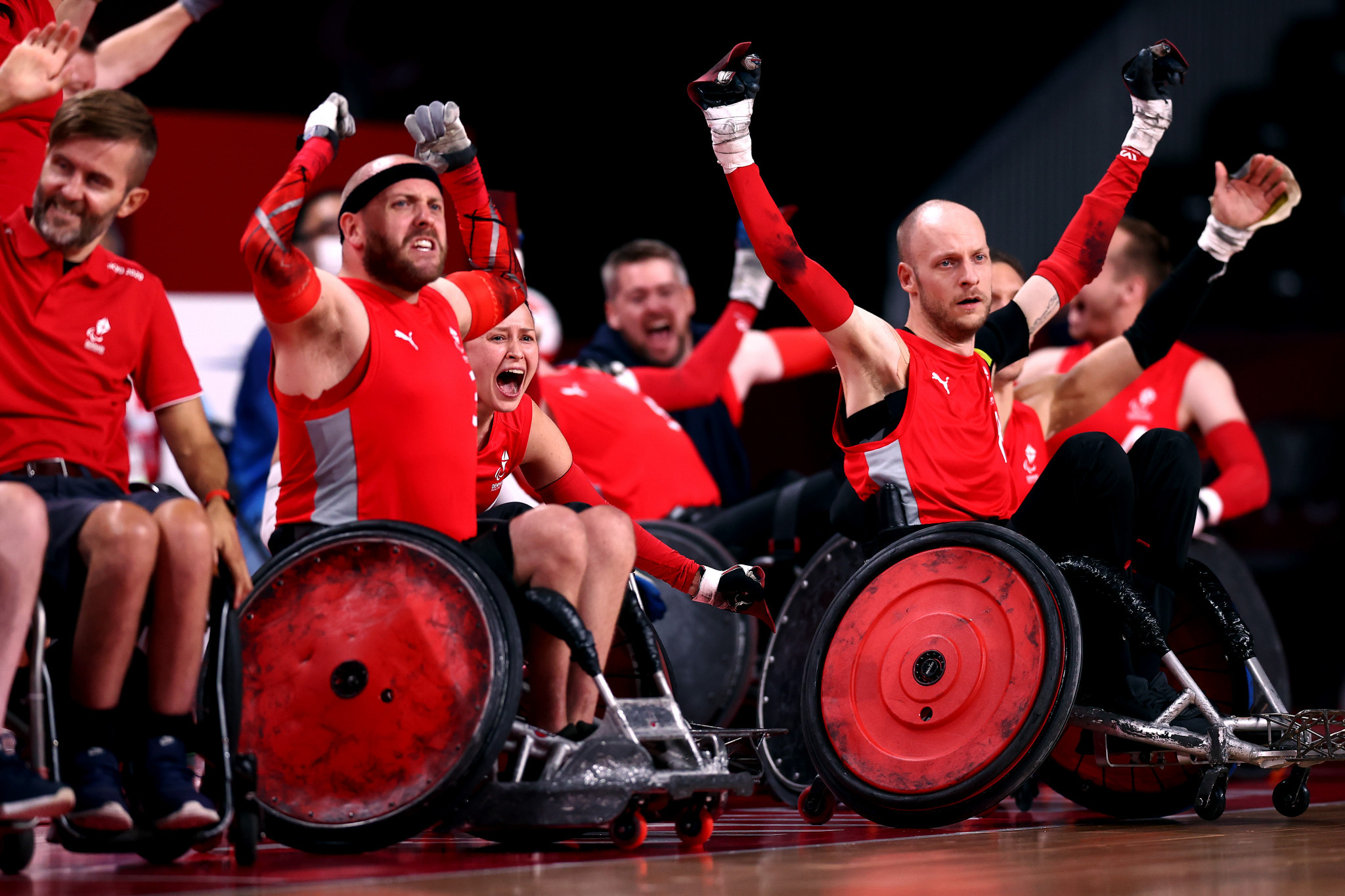 Hosts Denmark are set to open this year's Wheelchair Rugby World Championship against Brazil on October 10, with Paralympic champions Britain in action against Switzerland on the first day of competition in Vejle.

The draw for the 12 teams due to take part was held in July, and the Organising Committee has released the schedule for the seven-day tournament, with the host nation due to play the first match in Pool B following the Opening Ceremony.

Britain had to settle for silver at the European Championships earlier this year, and start against Switzerland in Pool A.

A further 28 pool matches are scheduled up to October 13, starting with European champions France against New Zealand in Pool A and 2018 runners-up Australia against Brazil in Pool B.

Defending champions and Tokyo 2020 bronze medallists Japan start against Colombia in Pool B, while Paralympic silver medallists the United States begin against Germany in Pool A on October 11.

The other team in Pool B are Canada, who are due to begin against Australia on the same day.

Two courts at the DGI Huset Vejle are set to be used for matches.

The top four in each pool are set to advance to the quarter-finals, with knockout ties due to begin on October 14.

Semi-finals are scheduled for October 15, before medals matches are due to take place on October 16.

Ranking matches are also due to be held on the final three days of the Championship.

Event director Torben Nygaard of Parasport Denmark is looking forward to the beginning of the tournament.

"I’m looking forward to 46 amazing games in Vejle, and it’s going to be really fascinating to see which teams come out of the pool games looking the strongest," Nygaard said.

"Quarter-finals are a part of the World Championship for the first time, and we are guaranteed to see some incredible matchups at that stage."