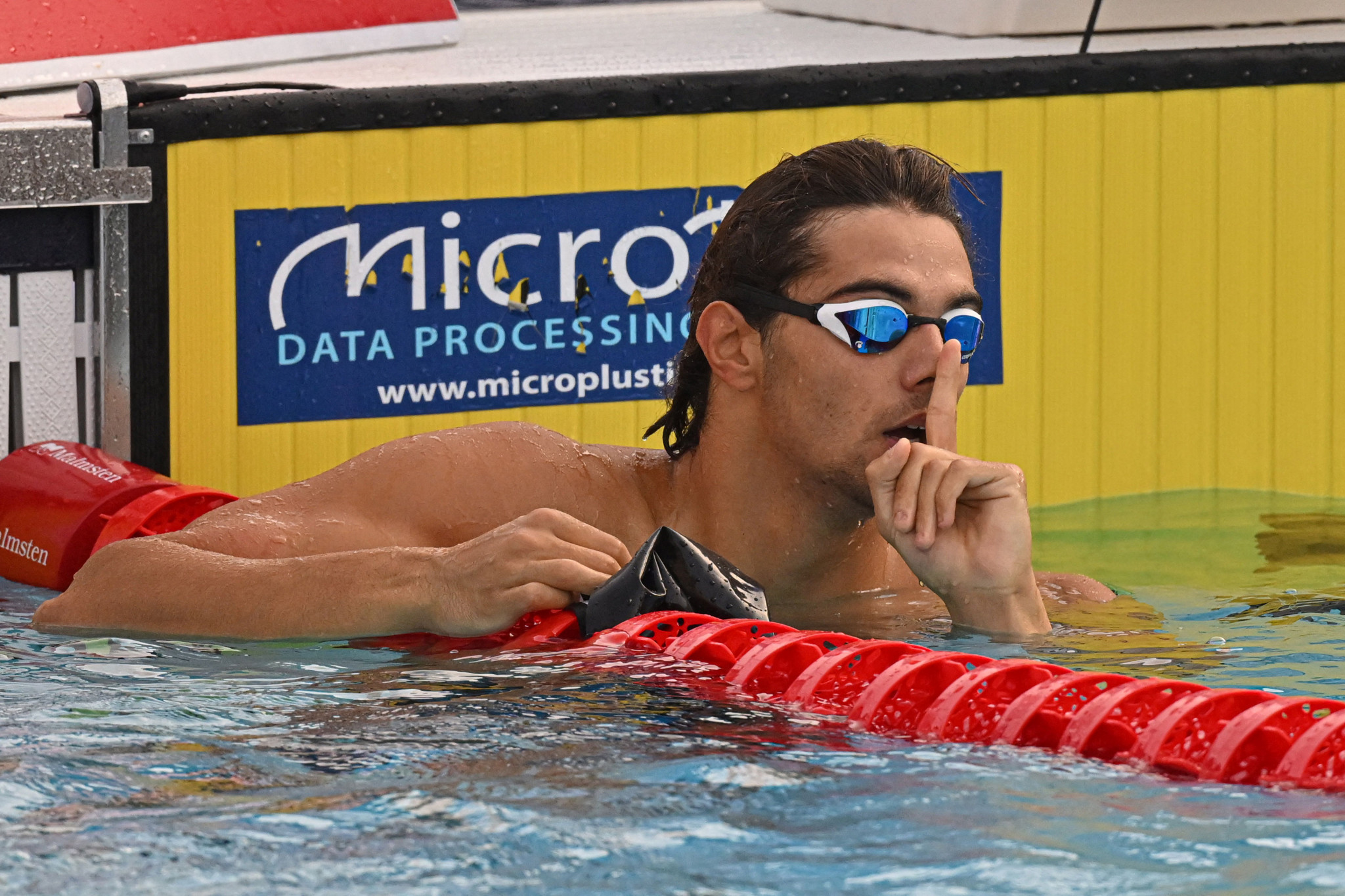 Swimming competition concluded at the European Aquatics Championships in Rome, with hosts Italy taking their gold medal tally up to 13 courtesy of victories in the men's 100 metres backstroke through Thomas Ceccon and the men's 4x100m medley relay.

World record holder Ceccon edged a thrilling battle with Greece's Apostolos Christou by just 0.03sec at Foro Italico, clocking 52.21 to add to his gold at the World Championships in Budapest.

Ceccon's victory was Italy's 12th in the swimming discipline of the Championships, and he then helped his country to make it 13 in the men's 4x100m medley relay.

He took the first leg, and was followed by 50m and 100m breaststroke champion Nicolò Martinenghi, Matteo Rivolta and Alessandro Miressi.

After two fourth-place finishes in Rome, Kós triumphed in 1:57.72 to stave off 400m individual medley champion Alberto Razzetti of Italy by 0.10, with Portugal's Gabriel Lopes completing the top three in 1:58.34.

World Championships and Commonwealth Games gold medallists Ben Proud provided Britain's fourth victory in the pool in the Italian capital, winning the men's 50m freestyle by just 0.02 ahead of Italy's Leonardo Deplano with his time of 21.58.

Kristian Gkolomeev of Greece was third in 21.75.

He just became the first man EVER to win world, European and Commonwealth swimming titles inside a year ?#Roma2022 ? LEN/Fabio Cetti pic.twitter.com/5pvlMFQKoD

Britain's gold medal tally was matched by Sweden, for whom Sarah Sjöström's anchor leg eased them to victory in the women's 4x100m medley relay.

Sjöström broke the all-time record for the most European Championships medals yesterday and extended that to 28, following on from team-mates Hanna Rosvall, Sophie Hansson and Louise Hansson to help the Swedish team finish in 3:55.25.

Isabel Marie Gose and Lukas Märtens provided golds for Germany on the final day of swimming.

Märtens' time of 3:42.50 in the men's 400m freestyle was a Championships record, and propelled him to victory by 1.43 over Switzerland's Antonio Djakovic.

Henning Mühlleitner doubled Germany's presence on the podium in 3:44.53.

Rūta Meilutytė of Lithuania added to her World Championships victory in the women's 50m breaststroke by claiming the European title in the same event.

She clocked 29.59, with Italy's Benedetta Pilato coming through in second in 29.71 and Britain's Imogen Clark in third with a time of 30.31.

Bosnia and Herzegovina's 16-year-old sensation Lana Pudar was the other winner on the final day of swimming competition, triumphing in the women's 200m butterfly in 2:06.81.

Diving continued at the Championships, with Andrea Spendolini-Sirieix adding to her two Commonwealth Games gold by claiming victory for Britain in the women's 10m platform.

Lou Massenberg and Tina Punzel had earlier claimed mixed 3m springboard synchronised gold for Germany with a score of 294.69.

The Championships continues tomorrow with the women's 3m springboard synchronised and men's 1m springboard diving finals and the start of high diving competition.