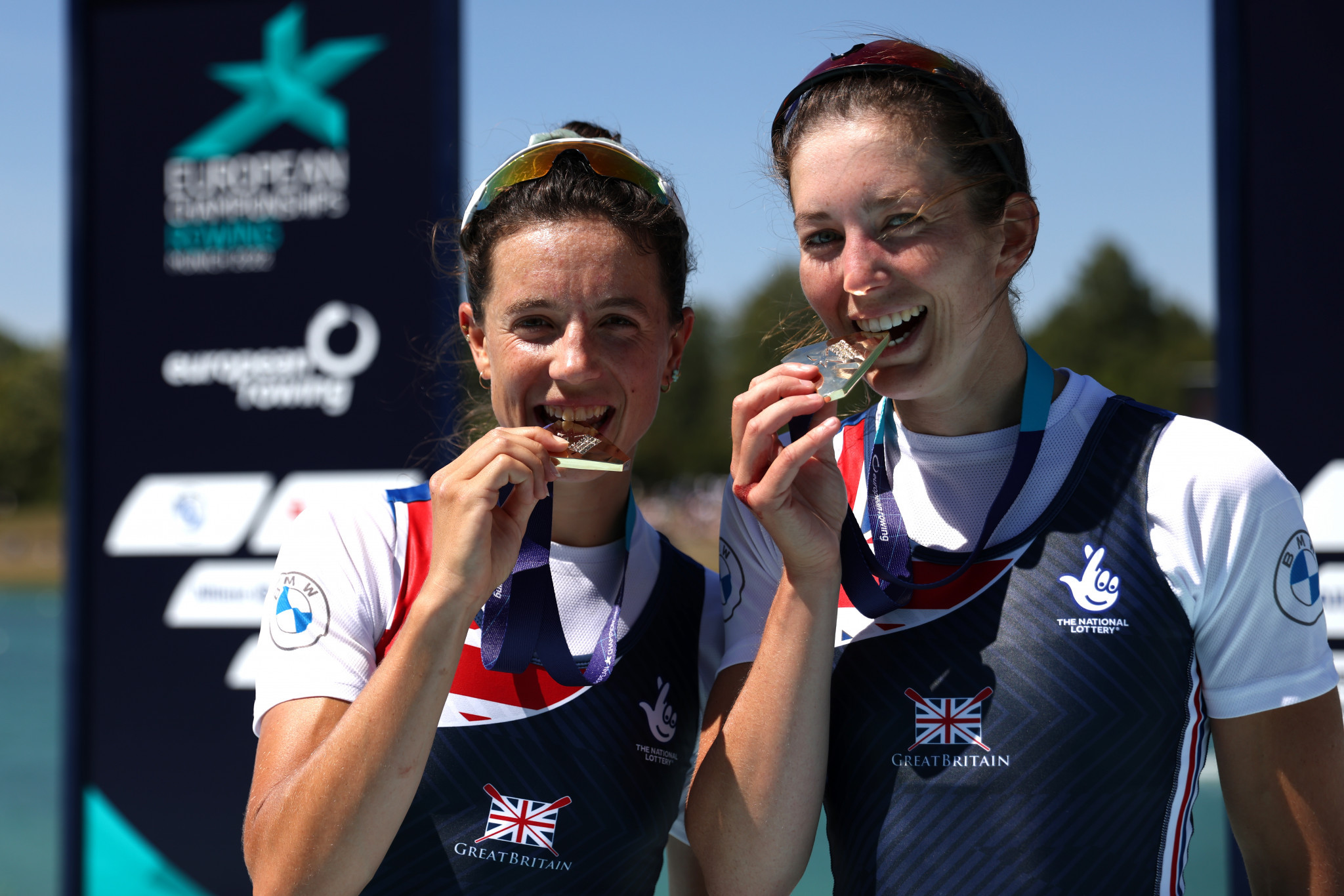 Britain won two more rowing events to add to the four golds won yesterday to finish as the best nation in the sport at the Munich 2022 European Championships.

The second gold medal for Britain came in the lightweight women’s double sculls.

Hungary won the lightweight men’s pair final as Bence Szabo and Kalman Furko cruised to the finish in 7:17.04.

Turkey bagged silver in 7:25.55 thanks to Enes Yenipazarli and Bayram Sonmez.

Bronze medal was not awarded as there were only three entries.

With only two entries, there were no silver and bronze medallists.

The lightweight men’s single sculls title went to Antonios Papakonstantinou of Greece in 7:21.84.

The 2020 lightweight quad sculls European champion Gabriel Soares of Italy got silver in 7:24.21 and Andri Struzina of Switzerland won bronze in 7:31.23.

Zio Fitsiou of Greece and Martine Veldhuis of the Netherlands finished second and third in 8:09.21 and 8:10.20 respectively.

Silver medal went to Perle Bouge and Stephane Tardieu in 8:57.95 and bronze was claimed by Jolanta Majka and Michal Gadowski of Poland in 9:02.88.

The Netherlands won their first rowing gold of the day in the men’s single sculls.

Melvin Twellaar crossed the line in 7:14.72 to win the title.

Another gold for the Dutch was sealed when Karolien Florijn finished first in the women’s single sculls clocking 8:01.43.

Greece took silver thanks to Evangelia Anastasiadou who clocked 8:08.20 and bronze went to Alexandra Foester of Germany in 8:09.86.

Ireland’s Fintan McCarthy and Paul O’Donovan cruised to victory in the lightweight men’s double sculls in 6:34.72.

Britain and Netherlands claimed second and third sports in 6:28.02 and 6:35.68 respectively.