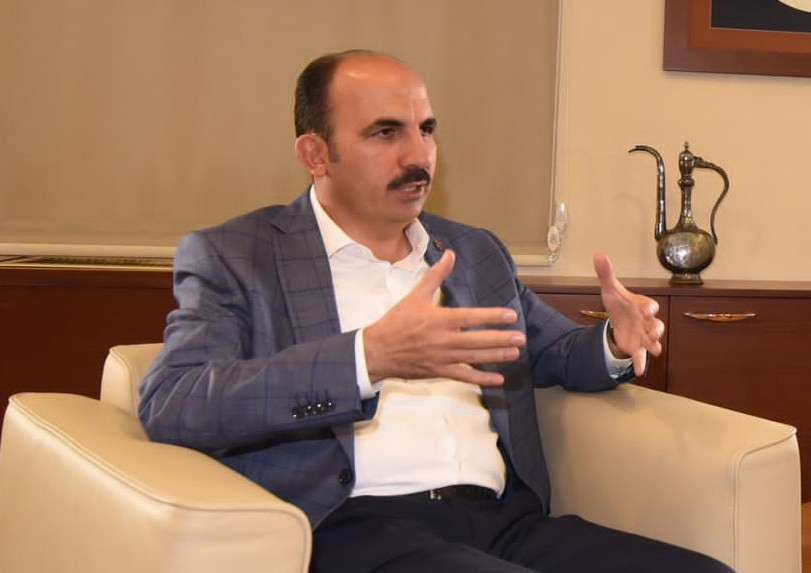 Konya Mayor Uğur İbrahim Altay has revealed that his city is "open" to working alongside Istanbul in its bid to stage the 2036 Olympics and Paralympics.

Altay insists Konya is "ready to be a part of the Olympics" as he pledged his support behind Istanbul and other Turkish cities to host the Games in 14 years’ time.

Istanbul Mayor Ekrem İmamoğlu announced last year that the city was launching a bid to stage the 2036 Olympics.

Turkey has never hosted the Games before, and Altay believes Istanbul will need the support of several cities to deliver the event.

"We have not been involved in the process of Istanbul’s bidding yet but since it is a very big event it will be difficult for just one city to undertake all the duties and efforts so we are open to cooperation," Altay told insidethegames.

"We support cooperation between cities to host such an event so we hope to be giving the strongest effort and support that we can to Istanbul when they host the 2036 Olympics."

Turkish Sports Minister Mehmet Kasapoğlu has claimed Turkey has "prepared everything" to be "ready" to host the Games but believes the ball is in the International Olympic Committee’s court to "follow up" the country’s offer.

Turkey has unsuccessfully bid for five of the past six editions of the Olympics but is refusing to give up on its dream of holding the event.

"It is high time that Turkey hosted the Olympics," said Altay.

"We have been ready for a while so we have been waiting. Konya is also waiting and is ready to be a part of the Olympics.

"Turkey has the facilities and the ability to adapt quickly, so that’s why we have been waiting for the Olympics and Konya will be happy to be participating in the Olympics."

Altay has identified Konya’s new Olympic Velodrome as a potential venue for the Olympics as, he claims, it meets the same standards as the Saint-Quentin-en-Yvelines Velodrome that is set to be used for Paris 2024.

The velodrome was opened in Konya last month prior to hosting the track cycling and gymnastics competition at this year’s Islamic Solidarity Games.

Altay reckons "political reasons" are behind the IOC’s decision not to award the hosting rights to Turkey but also believes the country is "not promoted enough" globally.

Konya is the seventh most populated city in Turkey with more than 2.2 million citizens and was named as the "World Capital of Sport 2023" by ACES Europe in March this year.

"If people visited Turkey and experience and see it they would probably be convinced that it should host the Olympics," added Altay.

"But it has not been promoted enough and people do not expect Turkey to be this developed or be developed enough to host the Olympics.

"Turkey, geographically, is a European country but due to some negative impressions from the media people do not believe that.

"Recently many people have started to come to Turkey for vacation.

"They spend their holidays here in Turkey so I hope that these visits will help Turkey to be known better."

Indonesia has expressed its interest in hosting the Games in 14 years’ time, while Britain is considering whether to bid for either the 2036 or 2040 editions of the Olympics.

The Games are set to be awarded under the new process whereby the IOC engages in targeted approaches with selected countries, as opposed to traditional bidding races.

Its Future Host Commission identifies and proposes a preferred candidate to the Executive Board, which can then recommend the bid be put forward to a vote at an IOC Session.