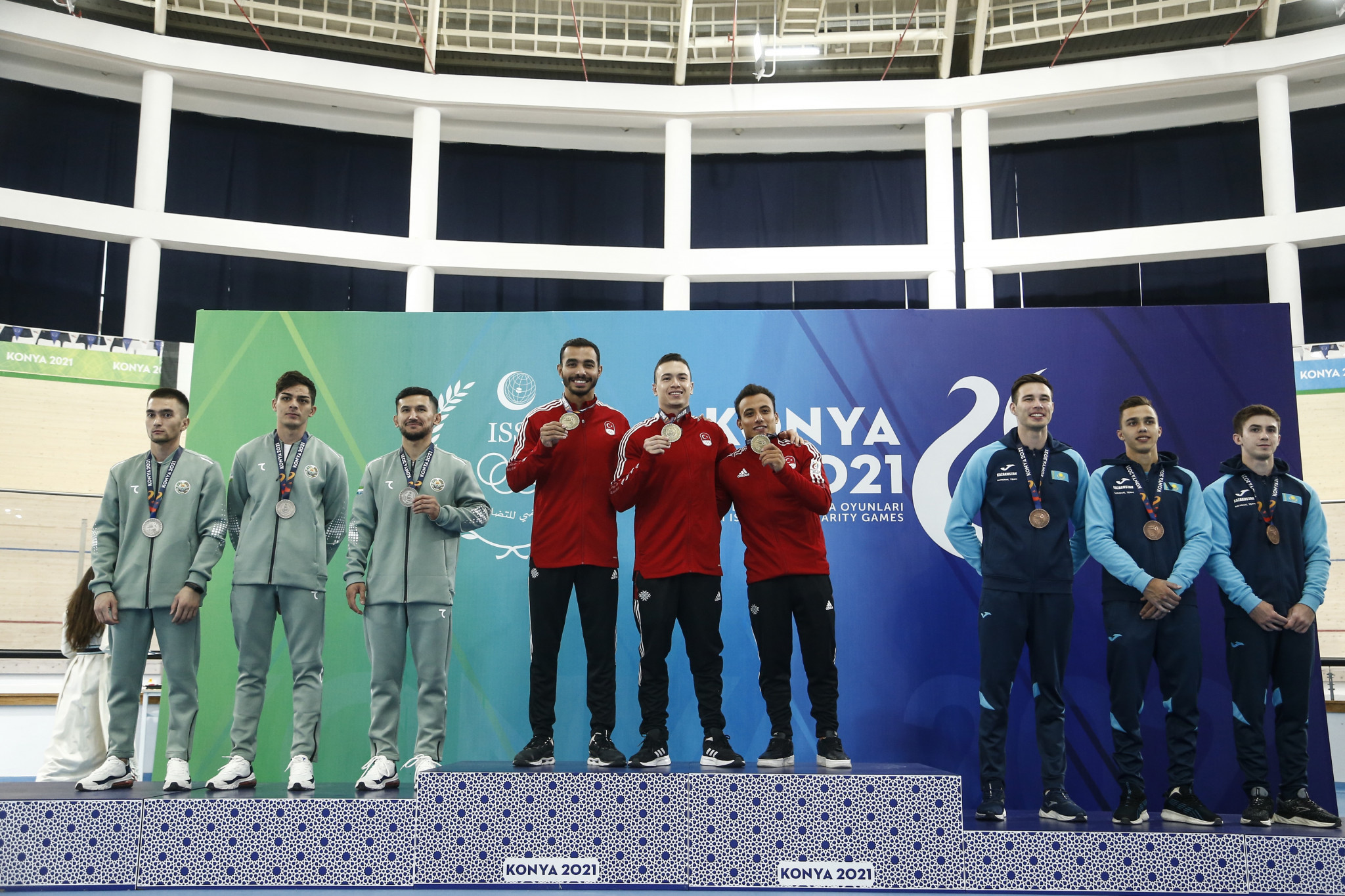 Gymnast Adem Asil was the star of the show for hosts Turkey as he captured individual all-around and team gold medals at the Islamic Solidarity Games here.

The double European medallist played a leading role for Turkey as they retained the men’s team title in Konya.

Ferhat Arican and Ahmet Onder joined Asil in contributing to a winning score of 168.550 points at the Olympic Velodrome.

Uzbekistan sealed silver with 162.400, while Kazakhstan totalled 158.400 to overtake Azerbaijan into third place.

Turkey’s performance in the rings proved to be decisive, racking up 29.000 - 2.750 more than Uzbekistan, while they also top scored in vault and uneven bars.

There was also Turkish success at the Konya Athletic Field, with Esra Turkmen getting the better of Eda Tugsuz to win the women’s javelin throw.

The men’s 110m hurdles crown was won by Algeria’s Bouanani Amine who came home in 13.21sec.

There was disappointment for home favourite Hakan Recber who was defeated by Morocco’s Abdelbasset Wasfi in the men’s under-63kg final.

There was a one-two-three for Turkey in the Para swimming with Sümeyye Boyacı coming out on top in the women’s 50m backstroke final ahead of Sevilay Öztürk and Emine Avcu.

There were more medals for Turkey in the women’s 100m backstroke as Şevval Beren Mutlu took gold and Rüveyda Arslantaş collected bronze.