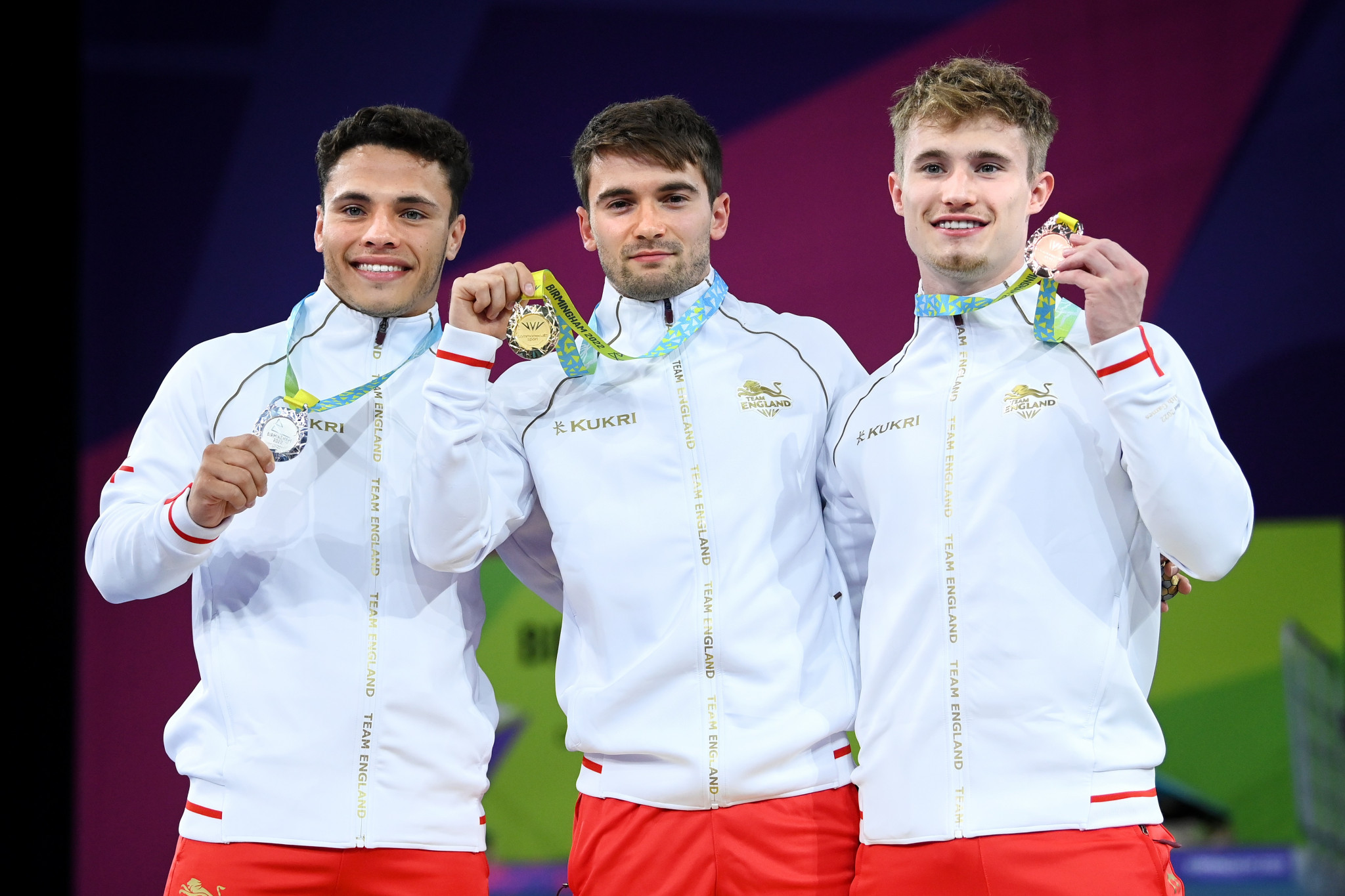 Jack Laugher was attempting to claim a hat-trick of diving golds after winning the men’s 1 metre springboard and 3m synchronised titles at the Sandwell Aquatics Centre.

But Goodfellow stole the show as Laugher had to settle for bronze, while Jordan Houlden sealed silver to complete an England clean sweep.

Goodfellow’s stunning fourth round dive that scored 91.65 points proved to be key before he notched 86.40 on his last attempt to register a winning total of 484.45.

"It's been a rough year for me so to come away with the gold there's a little bit of relief there as well as joy," said Goodfellow.

"I've been diving really well the last couple of weeks, better than have all year, so to see something come from the hard work is a little bit emotional."

"Obviously I won gold last time but that was on a completely different board," said Goodfellow.

"It is special because I’m doing it by myself."

Houlden scored 465.15 for his first Commonwealth Games medal with silver, while Laugher came away with bronze to add to his two golds at Birmingham 2022 after finishing on 462.30.

"I'm really happy with the performance and if I were to come third, I would rather come third to two teammates than other people," added Laugher.

Charlie Petrov and Melissa Wu of Australia led from start to finish as they clinched the women’s synchronised 10m platform crown with a score of 306.00.

They were followed by two pairs of English divers as Eden Cheng and Andrea Spendolini-Sirieix claimed silver with 298.86 and Robyn Birch and Emily Martin bagged bronze with 287.88.