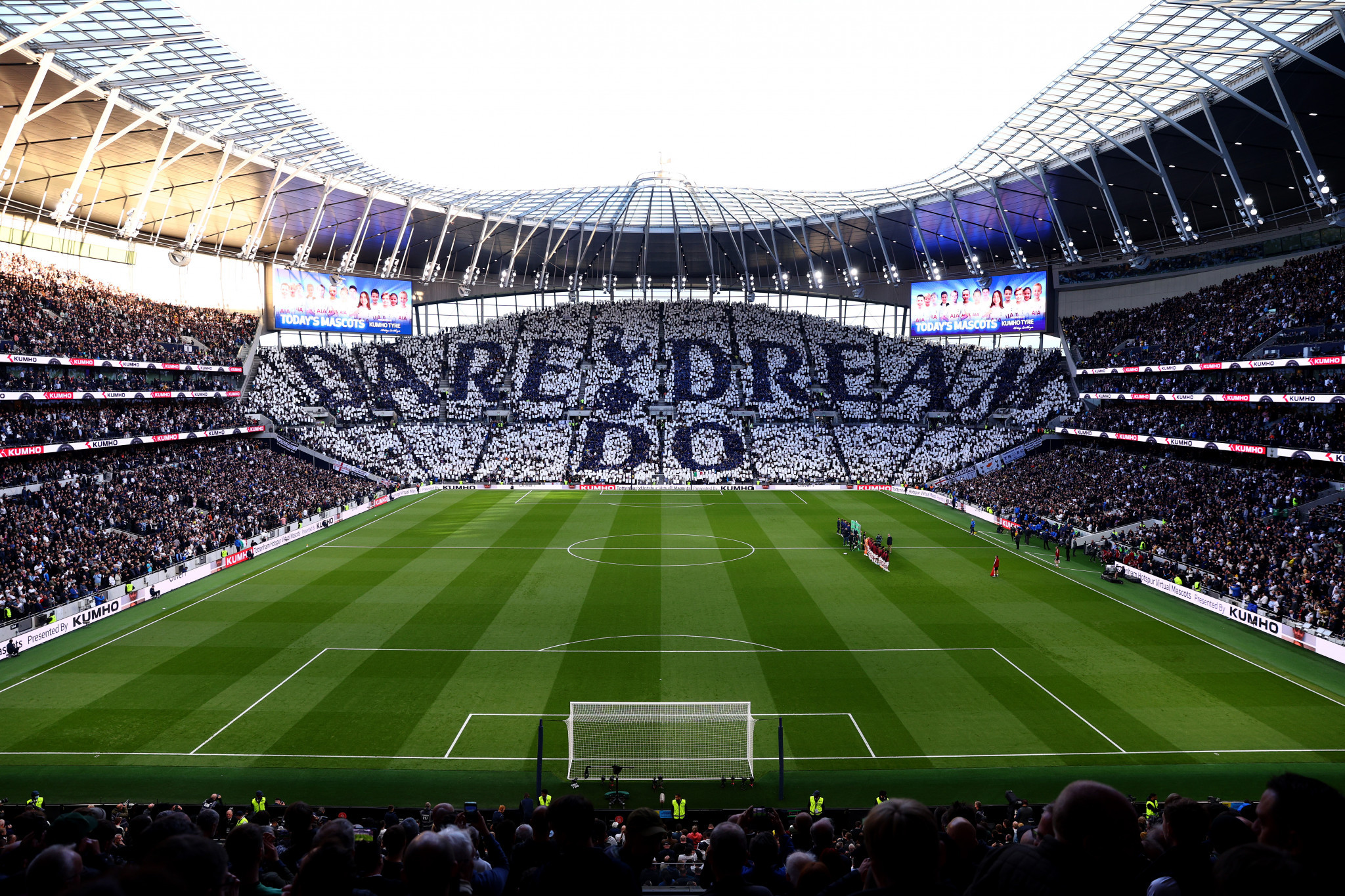 The final of the men's 2026 Hockey World Cup could be played at the 62,000-seat Tottenham Hotspur Stadium, should a joint bid from England and Wales be successful.

The football stadium is one of four non-hockey venues England Hockey and Hockey Wales plan to use in four years' time.

Drop-in pitches would be used, with the final and semi-finals proposed to be at Spurs' ground and rugby union venues Cardiff Arms Park, the Twickenham Stoop in London and Franklin's Gardens in Northampton also in line to stage games.

The England-Wales bid is one of five the International Hockey Federation (FIH) has received for the tournament.

Bids from Germany, South Africa - with Potchefstroom staging all matches - and a joint effort from Wavre in Belgium and Dutch sporting hub Amstelveen have also been tabled.

An FIH Event Bidding Task Force is due to evaluate the bids before making a recommendation to the Executive Board.

If the joint bid from England and Wales is successful, at least a third of games would be played outside of London, it is promised.

England Hockey and Hockey Wales further claim 300,000 tickets would be available at prices it calls "affordable".

The bid has the support of the British and Welsh Governments, as well as London Mayor Sadiq Khan.

CSM Sports & Entertainment has been appointed to lead the sponsorship, ticketing and hospitality aspects of the project.

English capital London hosted the men's World Cup in 1986, but it has never been to Wales.

"Across all of the partners we are hugely excited about what the bid can do for hockey.

"All of us within the sport know how amazing hockey is, and by hosting a world cup on home soil, at Cardiff Arms Park, Stadium Franklin’s Gardens, Twickenham Stoop and Tottenham Hotspur Stadium, we would create the opportunity to take hockey to new fans and new cities.

"The event showcases the best the sport has to offer on the pitch, and also creates a platform to build a lasting social impact through the sport across the UK.

"With the Commonwealth Games currently taking place in Birmingham we’ve seen great support for international hockey with now more than a million tickets sold for hockey in the UK since London 2012."

Bhubaneswar and Rourkela in India are due to stage the next men's Hockey World Cup in 2023.