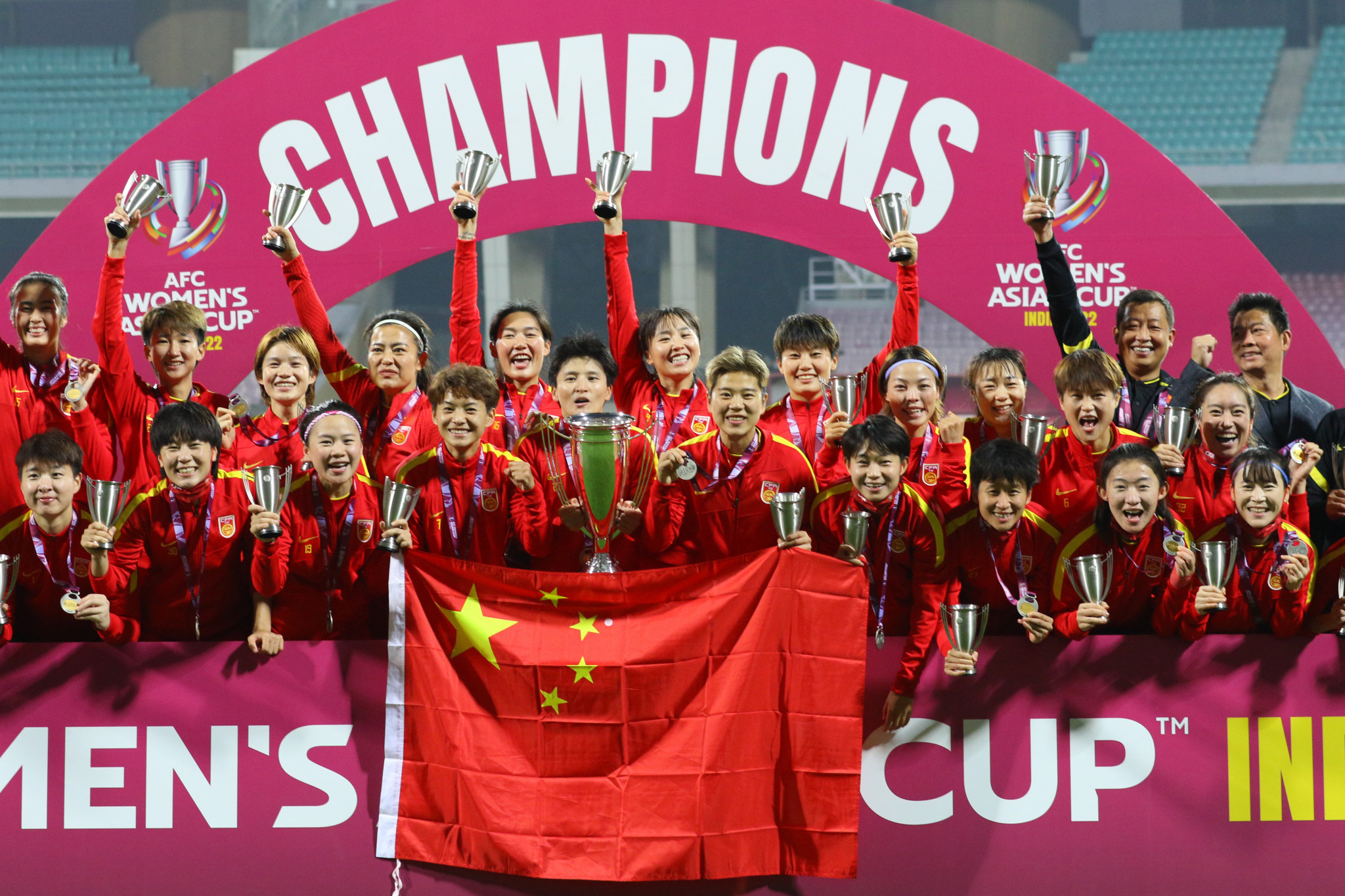 A host is due to be confirmed by the AFC next year.

The 2022 edition of the tournament in India was the biggest in nearly two decades, with the number of teams expanded from eight to 12.

It also saw the implementation of the video assistant referee (VAR) system for the first time from the quarter-final stage and had the biggest group of women match officials.

According to AFC, there was a 5,324 per cent rise in digital engagement and coverage compared to the 2018 edition in Jordanian capital Amman.

Australia last hosted the tournament in in 2006 while Uzbekistan, which will be hosting the western side of this year’s AFC Women’s Club Championship, is looking to be the first Central Asian country to stage the event.

Saudi Arabia has never hosted the tournament and the country's national women's team only played their first match this year, after a women's league was started in 2021.

Women's rights are severely restricted in Saudi Arabia and this has often been highlighted by critics of the regime.

Officials previously claimed that hosting the 2027 men's Asian Cup - a tournament the country is also bidding for - would accelerate the growth of women's football.

China are the defending champions after they beat South Korea 3-2 at the DY Patil Stadium in Navi Mumbai this year.