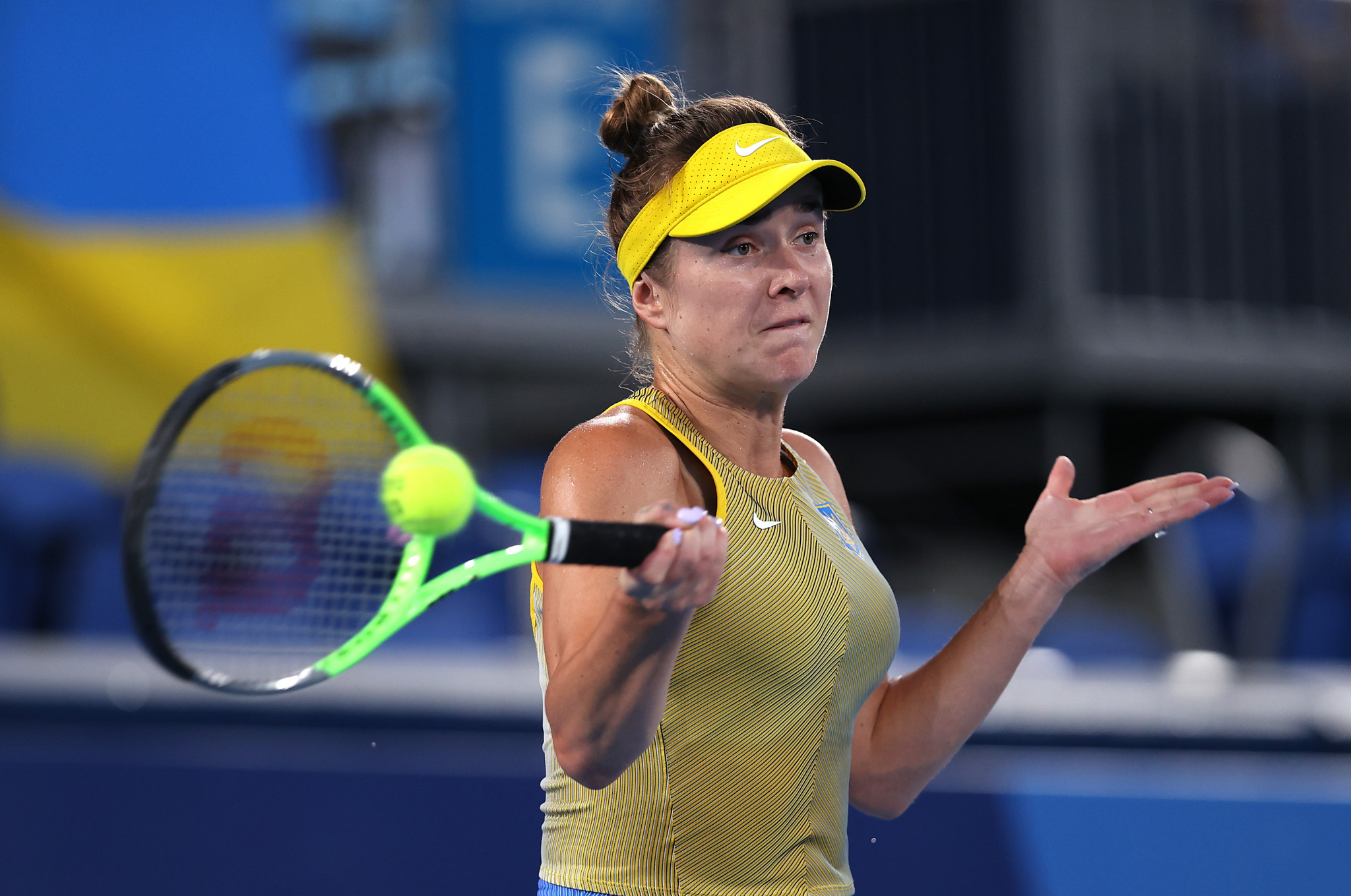 Ukrainian tennis player Elina Svitolina has questioned the stance of tennis governing bodies on Russian and Belarusian players following the war in Ukraine.

The Women's Tennis Association (WTA) and Association of Tennis Professionals (ATP) have opted to allow players from both countries to continue competing in international tournaments under a neutral banner, with their names and flags banned until further notice.

The International Tennis Federation (ITF) has suspended the membership of Russia and Belarus' National Federations in response to the war in Ukraine, and excluded both countries from this year's Davis Cup and Billie Jean King Cup.

A decision from the All England Lawn Tennis Club to ban Russian and Belarusian players from this year's Wimbledon prompted the ATP, WTA and ITF to strip the Grand Slam of its ranking points.

The WTA also fined the Lawn Tennis Association and All England Lawn Tennis Club for imposing the ban.

Women's singles Olympic bronze medallist Svitolina expressed her belief that tennis authorities should provide more assistance towards Ukrainian players, and her appreciation of the decision by Wimbledon organisers.

"I do not agree with the statement the WTA and ATP made," Svitolina told The Telegraph.

"I think they should do more in regards to Ukrainian players, towards Ukraine.

"All the Ukrainians, we’ve been having roundtables with the WTA, ITF, Grand Slams, explaining the situation, what help we need.

"But they chose to go their separate ways.

"I was sad to find out they took their position.

"But I have a lot of respect and want to thank Wimbledon for making players feel supported as well as Ukraine."

Russian and Belarusian players are set to be permitted to compete as neutrals at the US Open, the final Grand Slam of the year, with world number one Daniil Medvedev from Russia able to defend his men's singles title.

Svitolina also claimed that the blame lay at the feet of Russian players for any tension created with their Ukrainian counterparts in the tennis community, despite the potential implications of denouncing what Moscow describes as a "special military operation".

"They made their choice," she said, as reported by The Telegraph.

"Tennis players are pretty much living outside of Russia, training in Europe and the States.

"This is their decision.

"A lot of players didn't even come to us to ask how our family are doing, how is the situation in Ukraine.

"That’s why of course it created tension."

Rublev, an Olympic mixed doubles gold medallist at Tokyo 2020, was among the first Russian athletes to speak out against the invasion of Ukraine when he wrote "no war please" on a camera after progressing to the Dubai Tennis Championships final in February.

Svitolina has not played a competitive tennis match since March, partly due to the invasion of Ukraine.

In May, Svitolina announced that she is pregnant, with her and partner Gaël Monfils, a French professional tennis player, expecting their first child in October.

The invasion of Ukraine has led to the International Olympic Committee recommending the exclusion of Russian and Belarusian athletes and officials from competitions by International Federations.

According to the United Nations, at least 5,110 civilians have been killed since the beginning of the full-scale invasion on February 24, although it is feared that the true figure is far higher,

More than 9.5 million people have also been forced to flee Ukraine.