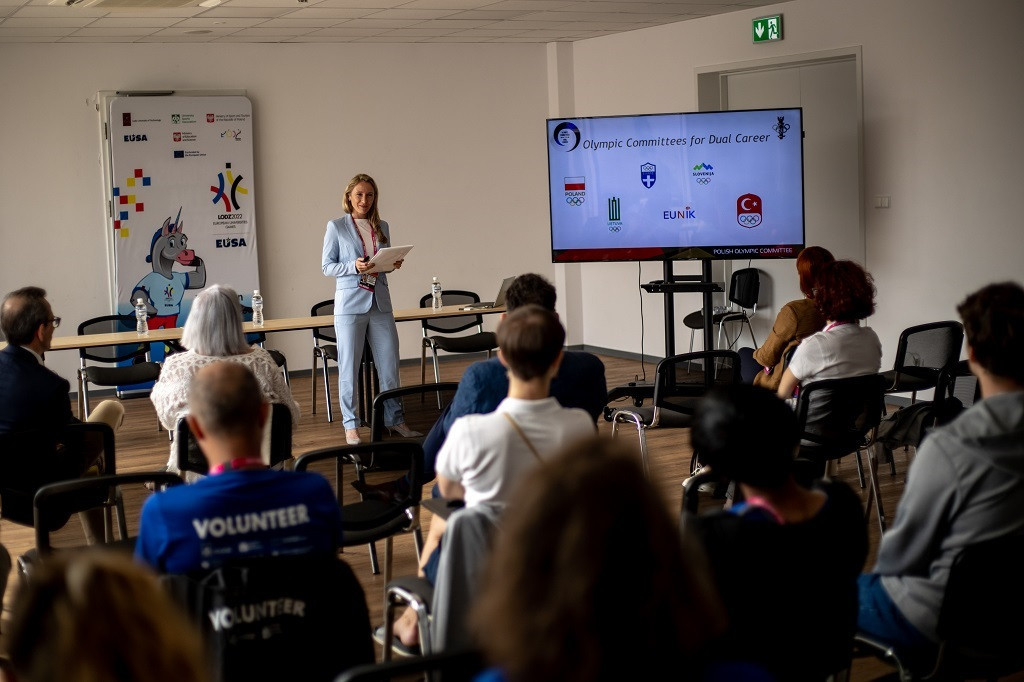 Poland's double Olympic medallist Luiza Zlotkowska was among the speakers at a conference run by the European University Sports Association (EUSA) that aimed to promote dual careers for student-athletes.

The speed skating star attended the EUSA round table at Zatoka Sportu in Polish city Łódź which is staging this year's European Universities Games.

During her career, Zlotkowska achieved two team pursuit medals at the Winter Olympics, winning bronze at Vancouver 2010 followed by silver at Sochi 2014, as well as two world medals.

The 36-year-old shared her experiences and explained why she decided to help other athletes to find their next career path.

She also spoke about the projects undertaken by the Polish Olympic Committee to support athletes to find a balance between their professional and sporting life.

Her presentation came after head of the European Dual Career Network, Laura Capranica, who claimed there were gender inequalities in relation to the right to education and sport.

She emphasised that coaches, companies and the media had a role to play in helping athletes have dual careers.

Czonka explained how the organisation was collaborating with policy makers to improve conditions for athletes after claiming that 50 per cent of athletes in Switzerland were studying in university.

Kole Gjeloshaj, who was speaking on behalf of the International School Sport Federation, underlined the challenges facing children in early specialisation in sport.

Andrej Pisl, project and communications manager for the EUSA, claimed university sport was the "embodiment of dual career".

He presented the different events and projects in which the EUSA Institute takes part in including the Micro Learning Entrepreneurship for Athletes, Brand Value Alignment through Dual Career and PRODUCE.