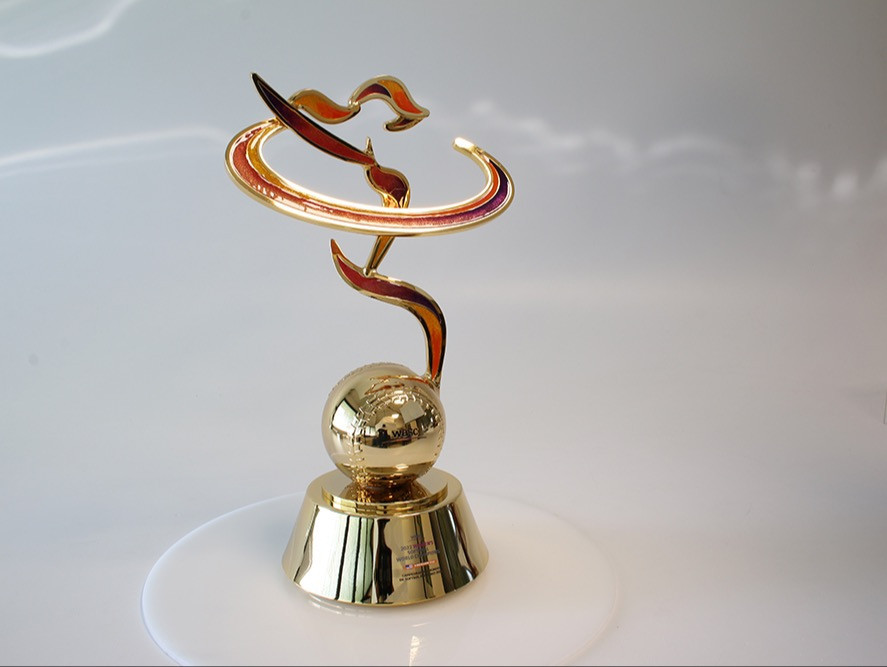 In addition to the gold medals, the winning team of the softball tournament at the Birmingham 2022 World Games will be awarded with a trophy.

The trophy was revealed today and was designed and created by Italian company Fratelli Pazzaglia.

The 45cm-high trophy was designed on a 2D drawing and redesigned later using a 3D machine.

Most of the trophy is made from brass with 24 karat gold or silver used for the finer details.

? In a few days, the fantastic softball tournament at the #TWG2022 starts with the top 8 teams in the world!

Parts of the trophy are hand-finished and treated specially to give different chromatic effects, applying the gold, argent, satin and polished finishes.

Softball is set to feature at the 2022 World Games after being subjected to a nine-year period of absence.

The tournament is set to run from July 9 to 13 at the Hoover Met Stadium in the Alabamian city.

A total of eight teams are due to feature with hosts the United States, Canada, Chinese Taipei, and Italy making up group A while Japan, Mexico, Puerto Rico, and Australia meet in group B.

The US is the most successful team in the competition's history with two gold medals, at Santa Clara 1981 and London 1985, while Cuba won the event at Cali 2013.