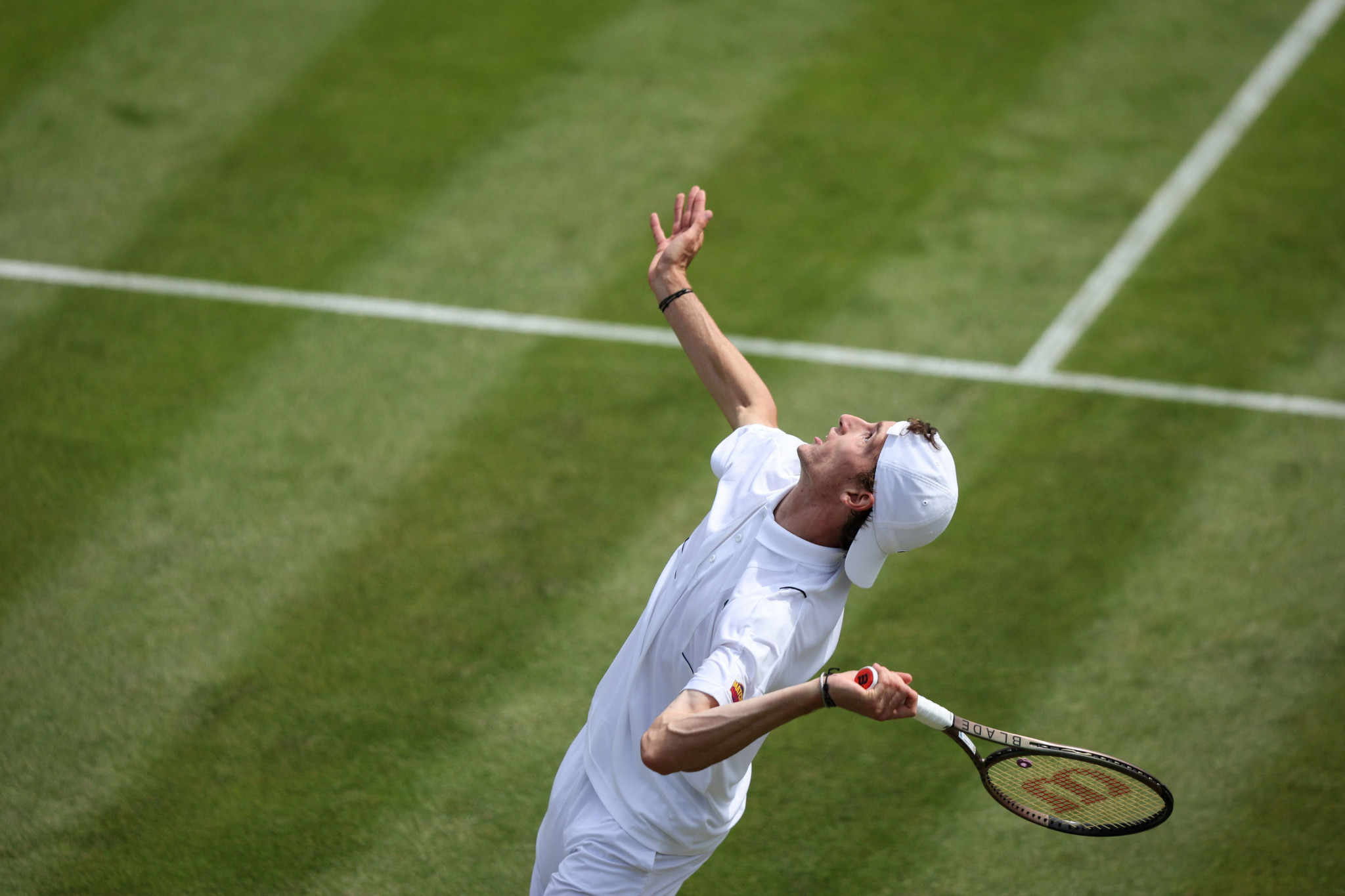 Third seed Casper Ruud was knocked out of Wimbledon by Ugo Humbert - despite the Frenchman arriving on the grass court without a racquet - while two-time champion Sir Andy Murray is also out.

Humbert did eventually get the necessary equipment, and the uncertainty may explain his slow start, but the left-hander came from behind to win 3-6, 6-2, 7-5, 6-4 and reach round three.

Ruud, who reached the French Open final earlier this month, is the highest-ranked player to be knocked out of the men's singles so far.

The Norwegian had not won a main-draw singles match at Wimbledon before this week, however, so a second-round exit still represents a modicum of progress.

Home favourite Murray, who also won an Olympic gold medal at Wimbledon during London 2012, was no match for John Isner's booming serve.

The American's serve was never broken, but he did need four sets to earn the second-round victory.

This could be Djokovic's last Grand Slam for 11 months as the he is not vaccinated against COVID-19, so cannot enter the United States at present.

Having been deported from Australia earlier this year over his vaccination status and visa application, Djokovic is set to miss next year's Australian Open as well as the 2022 US Open.

Spaniard Carlos Alcaraz, 19, needed five sets to get through his first-round encounter but saw off Dutch player Tallon Griekspoor in straight sets today.

Estonia's Kontaveit was stunned by Jule Niemeier, in the latter's first-ever top-10 win.

The German triumphed 6-4, 6-0 in less than an hour, playing in just her second Grand Slam.

Garcia and Niemeier are both into round three.

The same can be said for Greek Maria Sakkari - seeded fifth - and Latvia's Jelena Ostapenko, the 2017 French Open champion and 12th seed.

Lesia Tsurenko is also through to round three after winning an all-Ukrainian affair versus Anhelina Kalinina.