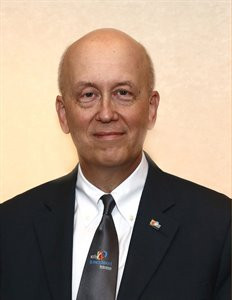 A Canadian lawyer, Fraser, who beat Switzerland's Erich Staeldi by 92 votes to 28, has more than 38 years of legal experience and has served for more than 20 years on the WDSF Legal Commission.

Fraser is now one of six WDSF vice-presidents.

The WDSF used a new voting platform designed for the International World Games Association and adopted by the WDSF on a subscription basis at the AGM.

"I personally miss the time when we could meet in person at the General Meeting, when we could spend 1 to 2 days with the WDSF Forum," said WDSF President Shawn Tay.

"I look forward to having in-person meetings and welcome member bodies to consider organising the WDSF AGM in their countries."

There were more than 120 delegates from 70 countries in attendance for the remote event.

A motion to include a breaker on the WDSF Presidium to ensure that the breaking community is represented fairly within the organisation was approved.

Breaking is due to make its full Olympic debut at Paris 2024.

Motions were also supported in voting by delegates to remove breaking fees from the WDSF financial regulations, create a new code for the prevention of manipulation, and update WDSF competition rules to allow different levels of license for adjudicators in standard and Latin disciplines.

During the AGM, the WDSF also granted the DanceSport Legends Award to Peter Maxwell.

It is "an award reserved for pioneers or exceptional performers in dance sport who have, in their own way, shaped and sculpted dance sport."

Maxwell is a former world and British Open champion in Latin dance.

He also served as WDSF chairman and as an adjudicator and coach in the sport.