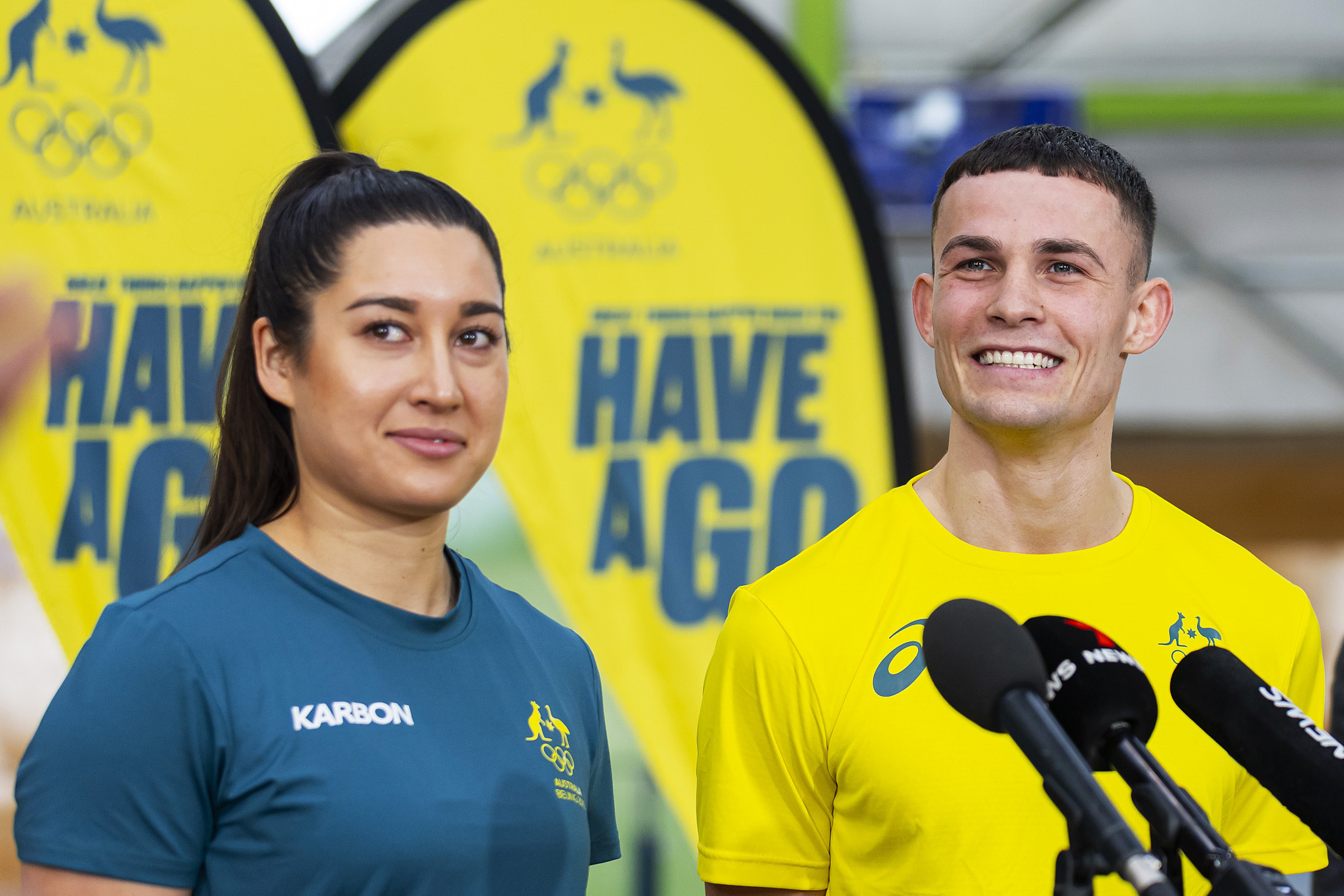 The Australian Olympic Committee (AOC) has marked Olympic Day by launching "Have a Go Month", which aims to inspire individuals of all ages to take up or return to sport.

The initiative was launched by Tokyo 2020 Olympics men's lightweight boxing bronze medallist Harry Garside and snowboarder Belle Brockhoff, who told students at Maribyrnong High about the impact sport has had on their lives.

Students at the school were then able to try various Olympic sports.

Have a Go Month is set to run until July 23, with individuals able to set goals and log their results online to be in with a chance of winning prizes from AOC partner Asics.

Matt Carroll, chief executive of the AOC, expressed hope that the initiative can widen sporting participation in the build-up to Australia staging the Olympics in Brisbane in 2032.

"Olympic Day is a chance to celebrate not only the 4,315 remarkable athletes who have represented our country at a Games, but also the millions of Australians taking part and contributing to Olympic sport week in and week out," Carroll said.

There's no telling where you could go when you #HaveAGo ??

"The 10-year green and gold runway until Brisbane 2032 will only increase the opportunity to maximise the benefits Olympic sport brings to communities and will inspire the next generation of young Australians.

"Have a Go Month encourages all Australians to try their hand at an Olympic sport.

"With 45 member sports that suit all experience and capability levels, there truly is an Olympic sport for everyone.

"On Olympic Day I also want to acknowledge and thank our 45 member sports and the administrators, coaches, support staff and volunteers that are the heartbeat of sport in this country.

"Thank you for giving millions of Australians the opportunity to participate in and benefit from being involved in the Olympic sporting family."

Garside insisted that: "When you’re young you’re fearless, it’s the perfect time to have a go at a heap of different sports."

A 10-year digital time capsule has also been launched by the AOC for school students in particular to share ideas on how they want to be part of Brisbane 2032.

Brisbane is set to become the third Australian city to host the Olympic Games, following Melbourne in 1956 and Sydney in 2000.