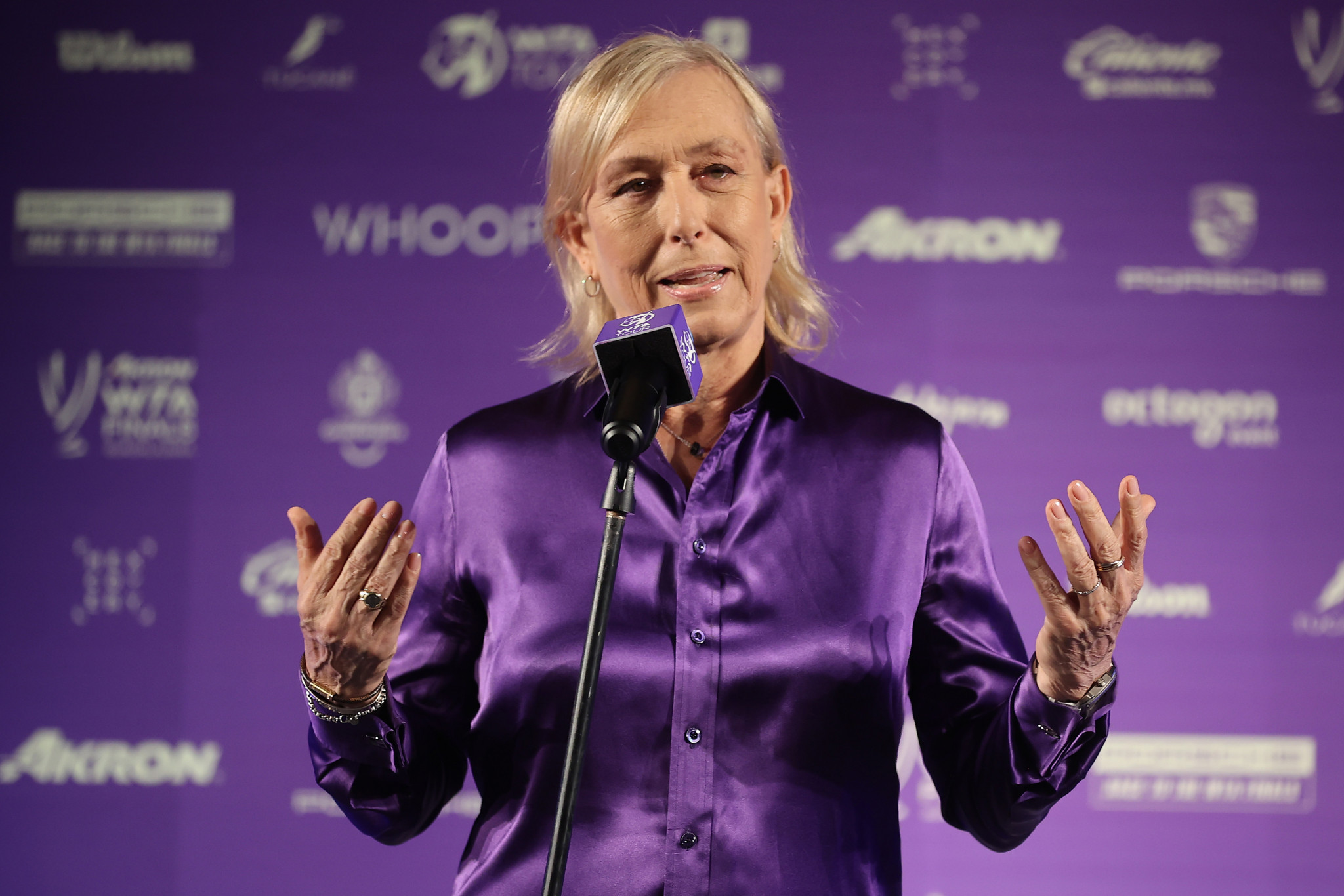 Navratilova, a gay rights activist, claims the IOC has "completely punted" its responsibility on the divisive topic as International Federations review their eligibility rules in response to the transgender row.

The International Swimming Federation reignited the debate when it voted to effectively ban transgender athletes from participating in women’s events.

Under FINA’s new rules, athletes are required to have completed transition by the age of 12 to be eligible to compete in female races - a move that has been condemned by lesbian, gay, bisexual, transgender and queer (LGBTQ+) advocates.

A framework for transgender and differences in sexual development (DSD) athletes was approved by the IOC last November, which recommends more flexibility to International Federations.

Speaking in May, IOC President Thomas Bach also insisted there was "no one-size-fits-all" solution to transgender participation in sport as he urged organisations to make decisions based on scientific evidence.

However, the IOC’s stance on transgender participation has come under criticism from Navratilova.

"The IOC has completely punted," Navratilova told The Australian.

"That 'Oh, we will leave it up to the individual federations'.

"How can these individual federations within their country make their different rules?

"They have to do the research and the implementation... and it costs money to then figure it out, and it's impossible."

FINA's eligibility policy was approved at the organisation's Extraordinary Congress in Hungarian capital Budapest where officials claimed the new rules were based on up-to-date scientific evidence and was in the interests of fairness in competition.

It was also announced by FINA President Husain Al-Musallam that the governing body planned to create an "open category", claiming that this would ensure "that everybody has the opportunity to compete at an elite level".

Sharron Davies, Britain’s Moscow 1980 Olympic silver medallist, was among those to commend the rule change whereas an LGBTQ+ advocacy group claimed the new eligibility criteria was "discriminatory", "harmful" and "unscientific".

American Navratilova, who is openly gay and was coached by transgender woman Renée Richards during her tennis career, also gave her thoughts on FINA’s decision.

"It's been such a topsy-turvy situation...with the momentum totally on the side of the transgender athletes," said Navratilova, as reported by The Australian.

"When it comes to sports, biology is the biggest divider.

"So FINA, it's the first big organisation that has gone all in for fairness and maybe it will try to include as many people as possible, as is fair.

"But fairness has to be first."

FIFA and World Athletics have also confirmed in recent days that they will review their eligibility policies.