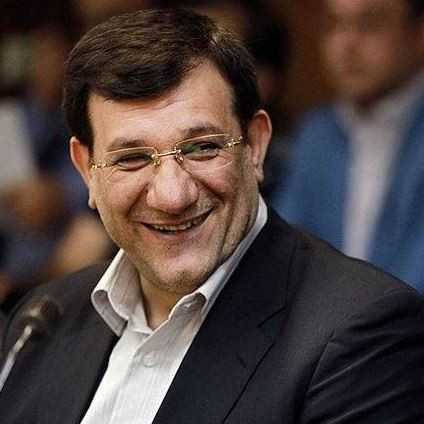 Ali Moradi is out of the running for the International Weightlifting Federation (IWF) Presidential election after being deposed from his own National Federation by a court ruling.

Moradi, who has been criticised by leading figures in Iranian weightlifting over the past year, has been temporarily replaced by the London 2012 Olympic silver medallist Sajjad Anoushvirani.

An official complaint by Anoushiravani led to the Court of Administrative Justice making the ruling today.

Without the support of the Iranian Weightlifting Federation (IRIWF), Moradi cannot stand in the IWF elections, which will be held in Tirana, Albania, this weekend.

According to one former member of Iran’s national team, athletes have not been paid their salary and have repeatedly complained about poor facilities and treatment during Moradi’s long tenure as President of the IRIWF.

The men’s team is said to have walked out of a training camp in protest recently, only a few weeks after two members of the women’s team fled the country to settle in Germany, vowing never to compete for Iran again.

One of them, Parisa Jahanfekrian, told insidethegames today that she felt the problems for the women’s team were so deep-rooted that a change of leader would make little difference.

The plight of the elite athletes was not a factor in Moradi’s exit, according to reports in the Iranian media.

The court ruled that Moradi could not continue as President because of irregularities in the National Federation elections last July, when he was declared the winner.

Anoushiravani complained about the voting procedure and the court annulled the election result.

An appeal by Moradi failed and the court decided that he "no longer has the authority as President of the federation", a report from the Fars News Agency said.

It also said that because of repeated complaints from athletes, the Sports Ministry was already considering appointing an interim leader to replace Moradi.

The London 2012 super-heavyweight champion Behdad Salimi was among those who had blamed Moradi for Iran’s underwhelming achievements recently.

At the London Olympic Games, Iran finished second in the medals table with three golds, while two more at Rio 2016 helped Iran to third place.

At Tokyo last year, Iran was without its two best athletes, the 2016 winners Sohrab Moradi and Kianoush Rostami, after serious injuries and an administrative mix-up blighted their qualifying efforts.

Iran could send only two athletes because of historic doping offences, and won one silver medal.

Moradi has not yet withdrawn his Presidential candidacy but the IWF is aware that the Iranian Government has endorsed a new leadership.

Paula Aranda, one of two American candidates, has withdrawn and more late withdrawals are expected from the original list of 11 candidates.