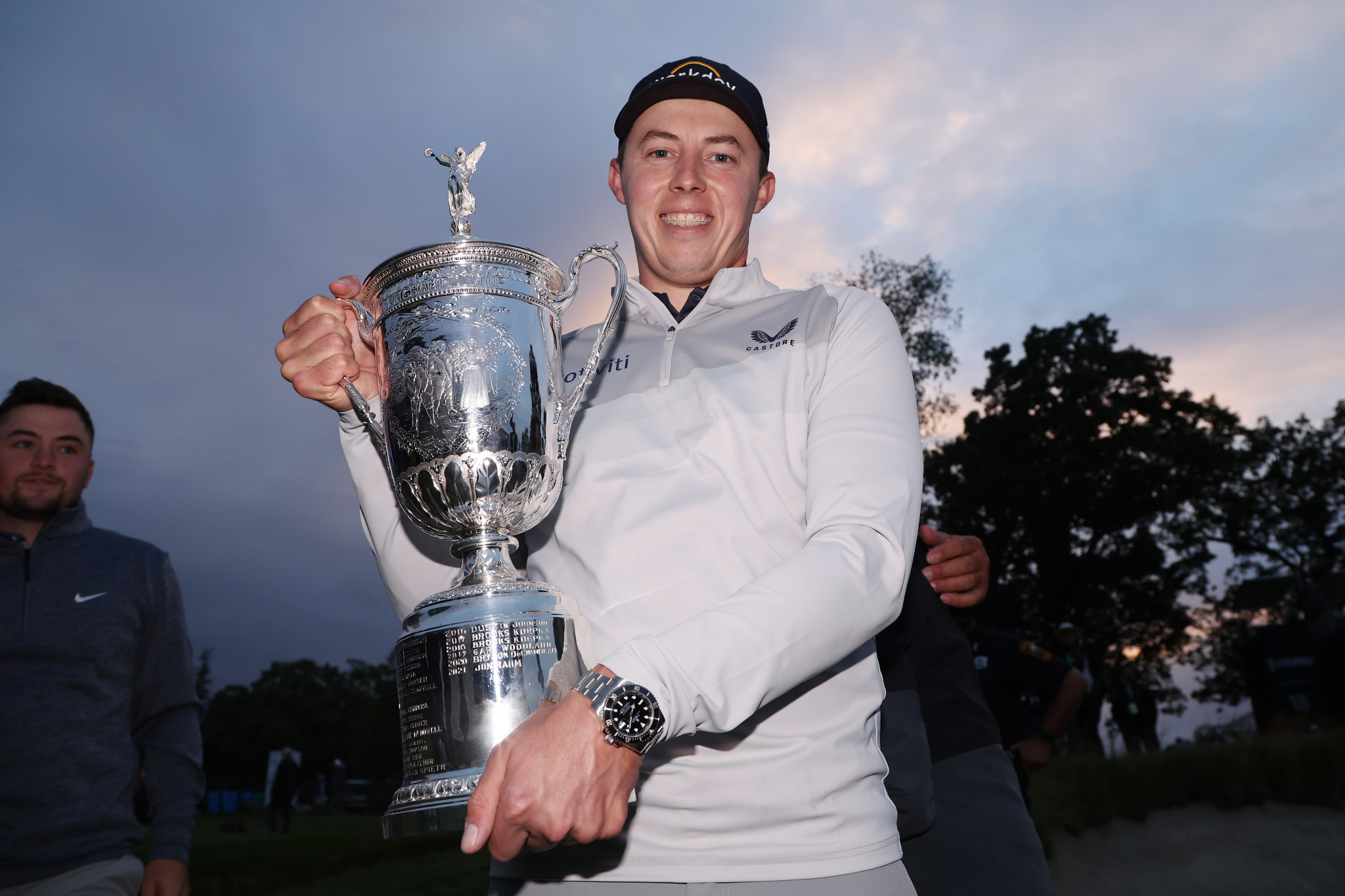 Matthew Fitzpatrick produced several incredible high-pressure shots to see off the competition and win the 122nd US Open in Boston.

The English golfer shot a fourth round score of 68, his third of the tournament, to finish six-under-par and clinch his first major championship title at The Country Club.

Two birdies on the back nine at holes 13 and 15, and a sublime bunker shot to rescue par at the final hole, were enough to beat American Will Zalatoris, who was unable to force a two-shot playoff after narrowly missing his putt on the 18th.

With his victory, Fitzpatrick became just the second player in history after Jack Nicklaus to win the US Open and US Amateur at the same venue.

"The feeling's out of this world," Fitzpatrick said.

"It is so cliché, but it's stuff you dream of as a kid.

"I can retire a happy man tomorrow.

"Any time you're sharing a record with Jack Nicklaus, it's unbelievable.

"So for me to have that as well is incredible."

Despite shooting a very respectable 69 in round four with a flurry of birdies between holes six and 11, too many bogeys and the final putt proved decisive for Zalatoris, who added another runners-up finish to his CV after the PGA Championships last month.

He was also second as the Masters last year.

"Matt's shot on 18 is going to be shown probably for the rest of US Open history," Zalatoris said.

"It stings, obviously, to have three runner-ups so far in my career in [nine] majors, but I'll keep knocking on that door."

Masters champion Scheffler played an impressive front nine with four early birdies, but was unable to replicate his form on the second half of the course.

The day's best performance came from Japan's Hideki Matsuyama, who dropped no shots en-route to a final score of 65 to end up in fourth position overall.

Last year's US Open champion Jon Rahm of Spain endured a difficult final round and finished tied in 12th after shooting four-over.

The next major event on the golf calendar is the Open Championship at St Andrews, Scotland, which is scheduled to be held from July 10 to 17.