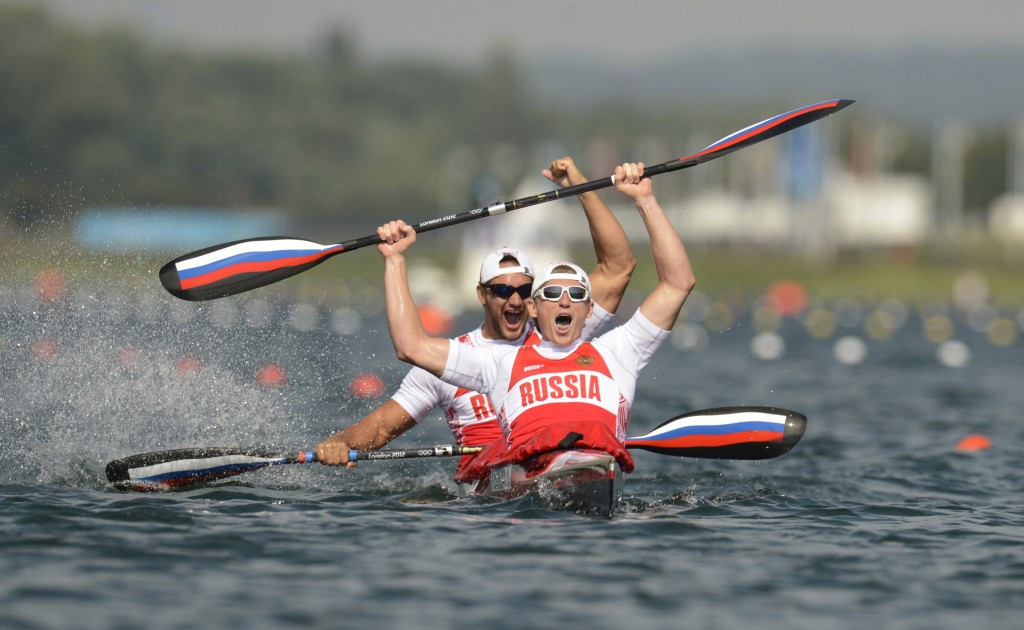 The Russian trio, which includes a London 2012 gold medallist in Dyachenko, were all found to have committed anti-doping violations in 2014 by the CAS.

As a result, all of their competitive results from April 19 2014 to December 31 2016 have been disqualified.

The ICF agreed with WADA that Russian authorities had conducted an institutionalised doping scheme and had manipulated data from the Moscow Laboratory.

However, canoeing's global governing body suggested that there was insufficient evidence to bring individual cases against these athletes and would not pursue anti-doping rule violations against them.

"Having carefully considered all of the evidence adduced by the parties, the Panel concluded that it was comfortably satisfied that Aleksandr Dyachenko, Nikolay Lipkin and Aleksandra Dupik had each committed anti-doping violations and that the decision taken by the ICF not to pursue the matters was wrong," read a CAS statement.

Lipkin has had to forfeit a fifth world title that was won in Moscow in 2014, while Dyachenko loses his world silver medal from Milan 2015 and a Brandenburg 2014 European Championship silver.

The pair have also been sanctioned with a period of ineligibility of four years starting on June 9 2022.

Dupik was found to have furosemide in her system which is a banned substance as it can be used to mask the presence of performance-enhancing drugs in urine.

The 35-year-old will be forced to hand over two bronze medals from the Paracanoe World Championships won in 2014 and 2016 and will serve a two-year period of ineligibility also starting on June 9 this year.

The ICF claimed it had been given legal advice at the time not to try and ban Dyachenko, Lipkin and Dupik, but has accepted the CAS verdict.

"The decision today by the Court of Arbitration for Sport is one which is accepted by the International Canoe Federation," the ICF said.

"We have always and will always work as hard as we possibly can to eradicate drug cheats from our sports.

"The decision we took not to pursue the athletes in question was based on strong legal advice that we would be unlikely to succeed if we tried to implement a ban.

"As such, the ICF did not oppose the appeal launched by WADA.

"We are satisfied the WADA, and now supported by the CAS, felt the evidence was strong enough to ban the three athletes.

"Underlining our commitment to the fight against doping in sport, our ICF Board has recently agreed to partnering with the International Testing Agency (ITA), to further strengthen our efforts to catch athletes who try to cheat.

"Joining the ITA will also provide an independent voice in all decision making in the future."