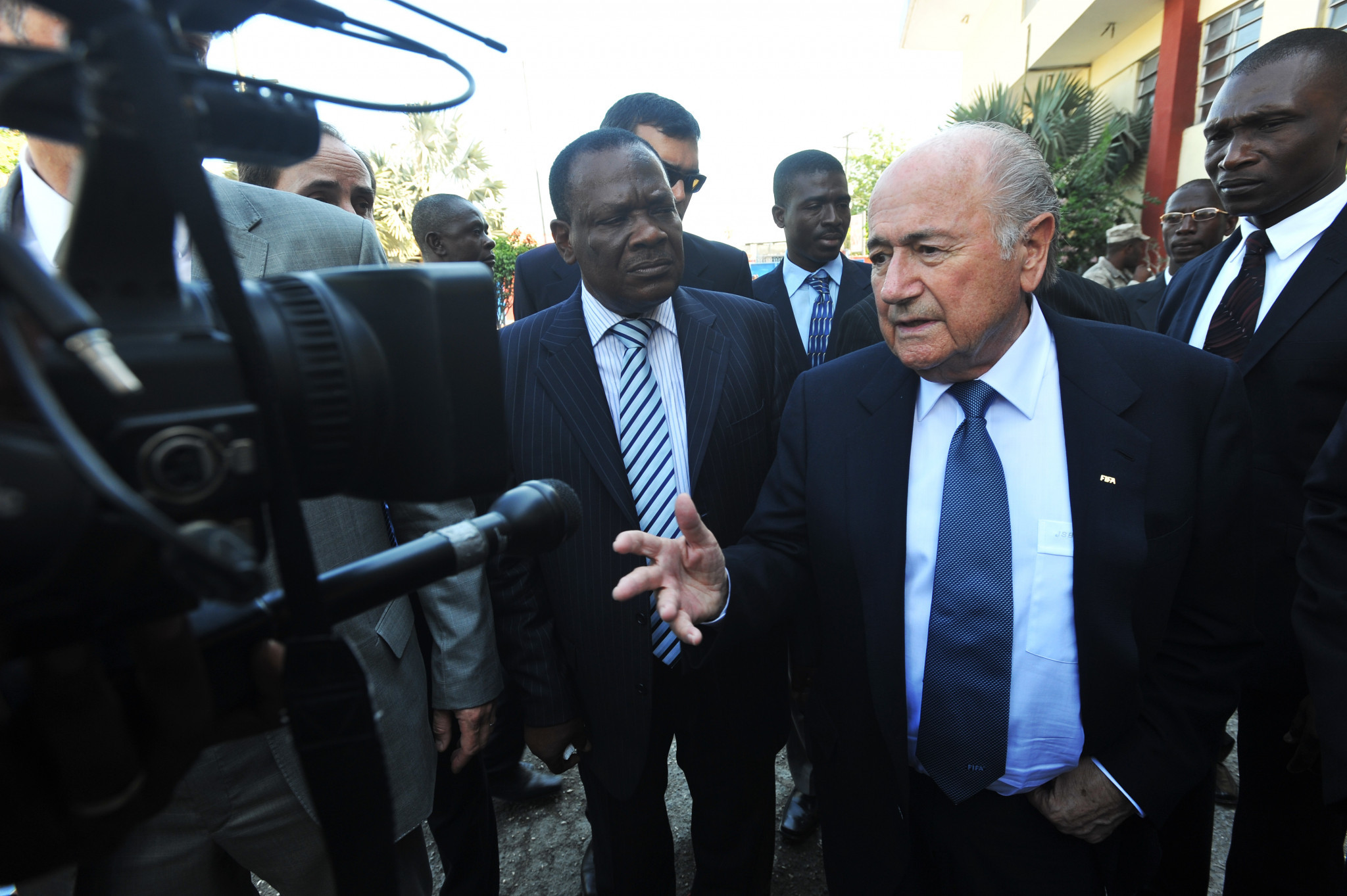 French investigative reporter Romain Molina outlined sexual exploitation at the FHF in an article on Josimar.

Leading officials at the FHF were accused of building a vast network of sexual exploitation for almost two decades, which reportedly included the rape of teenage girls and boys.

Josimar said a least one victim has committed suicide, according to court documents in its possession.

Former FHF President Jean-Bart has been banned for life by FIFA, after being found guilty of sexually abusing female players, including minors.

Yvette Félix, an assistant coach at training complex, was banned from the game for five years for failing to protect the physical and mental integrity of various players under her authority.

Victims reportedly labelled the FIFA Goal Centre as "hell on earth", with allegations visiting delegations were offered a player, a referee or an employee to have sex with.

It is claimed Jean-Bart ordered staff to visit Blatter on one visit in 2013, with one staff member reportedly refusing.

A second reportedly agreed to sleep with the then FIFA President, with another employee alleging they did not have a choice.

Blatter has issued a statement to deny the allegations, which he has labelled as "baseless defamation".

"These allegations and accusations are wrong," Blatter said, according to Josimar.

"I assume that this is a coordinated attack by my opponents.

"The fact is: I was in Haiti in 2013, and as always on official visits, I was received by the country’s president, Michel Martelly.

"Regarding my visit to the national football federation, the president of the Haitian federation, Yves Jean-Bart, was also present.

"This reporting is baseless defamation.

"Media that spread these allegations must be prepared to face legal consequences."

Jean-Bart had led the FHF for two decades.

Instances of systemic sexual abuse of female players in Haiti, including minors, that FIFA investigated took place between 2014 and 2020.

Jean-Bart, who has denied wrongdoing, and others have been accused of using their position to coerce individuals into sexual acts.

Survivors and their families had reportedly been threatened before and after the allegations.

Athletes, referees, family members and a coach were among those to make the initial allegations.